How does one design a trajectory involving a lunar and Earth flyby and Lagrange points? What tools are used to calculate the initial guesses?

I'm trying to design a trajectory that takes a spacecraft from Sun-Earth L2 to a lunar flyby, to an Earth flyby and then to Mars (two flybys might be too complex, I might just do one). I've optimized a variety of interplanetary trajectories in GMAT with initial guesses generated from a simple software called Trajectory Optimization Tool, which uses patched conics to give the user dates for the arrival at the various planets in the trajectory (see image for an example of its inputs and outputs). 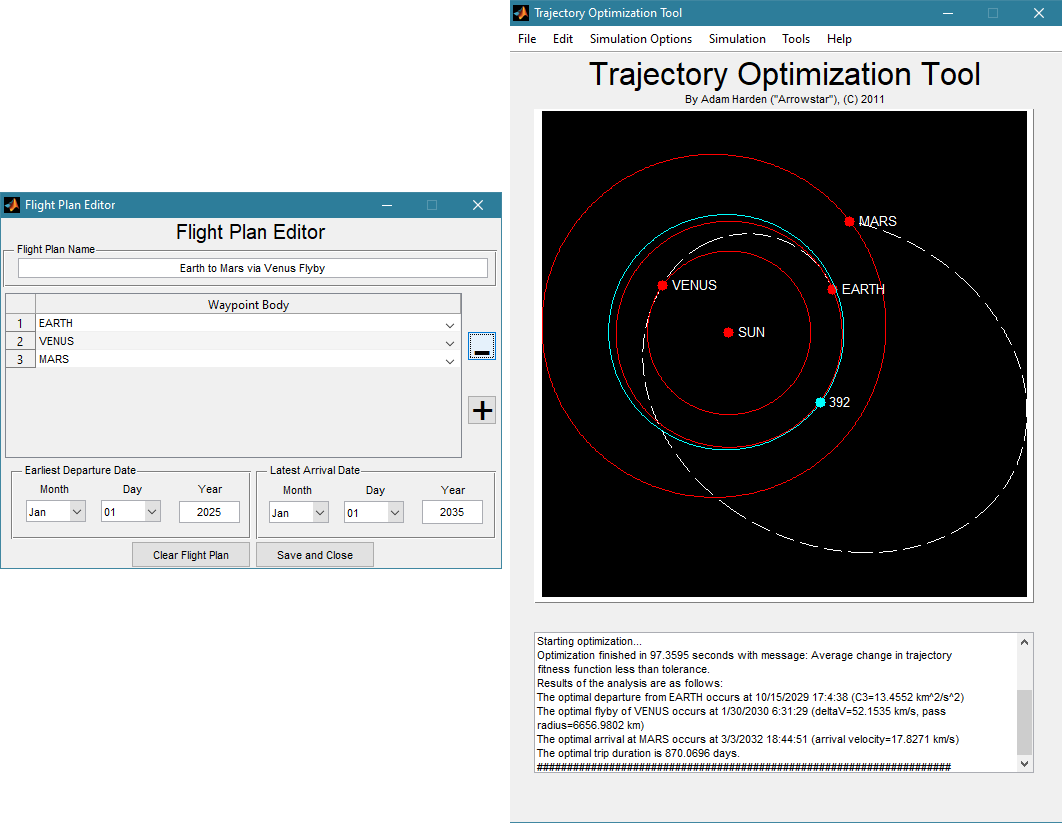 The problem is that it uses patched conics and can only do interplanetary trajectories (so no Earth-Moon trajectories and the like), meaning it can't be used for what I'm trying to do. So how do mission designers go about getting a "first glance" or low-fidelity analysis of the dates they should be looking for for such trajectories? What software does what the one on the image does, but with Lagrange points and Earth-centered trajectories?

One of the tools used is Copernicus. I happen to know that it's been used for Artemis mission trajectory optimization, but it's a pretty general tool that (as the page mentions) has been used to create entries to Global Trajectory Optimization Competitions.

Unfortunately it isn't available to everyone, but certain users can request it.

You could consider the Circular Restricted Three Body Problem. I believe Artemis is going to fly that type of orbit. These types of orbits are calculated using numerical integration. I use MATLAB.

8
Visualization of non-Keplerian orbits for solar sails
6
Is Hohmann transfer the most frequent transfer orbit?
5
How does a spacecraft navigate along and jump between constant v-inf lines depicted in Tisserand graphs?
2
Is there any software or other resources that can find optimal launch windows and gravity assist trajectories involving Lagrange points?