Could a human in a spacesuit survive a Skycrane landing on Mars?

As the question says. Could a human in an appropriate space suit survive the forces, temperatures etc they would experience during the atmospheric entry, parachute descent and skycrane landing as used by Curiosity and Perseverance to land on the surface of Mars?

(Lets assume it sets them down within walking distance of a nice new pre built Mars base...)

Probably not without injury. The deceleration level was too high for crew who would have been in free fall for months.

Additionally, the months-long transit from Earth will mean that deceleration limits must be in place to protect the deconditioned crew. While robotic missions with parachutes can have peak entry decelerations exceeding ten Earth g’s, the generalized maximum requirement assumed for Mars human scale EDL missions is four Earth g’s.

Here is the actual entry acceleration from MSL 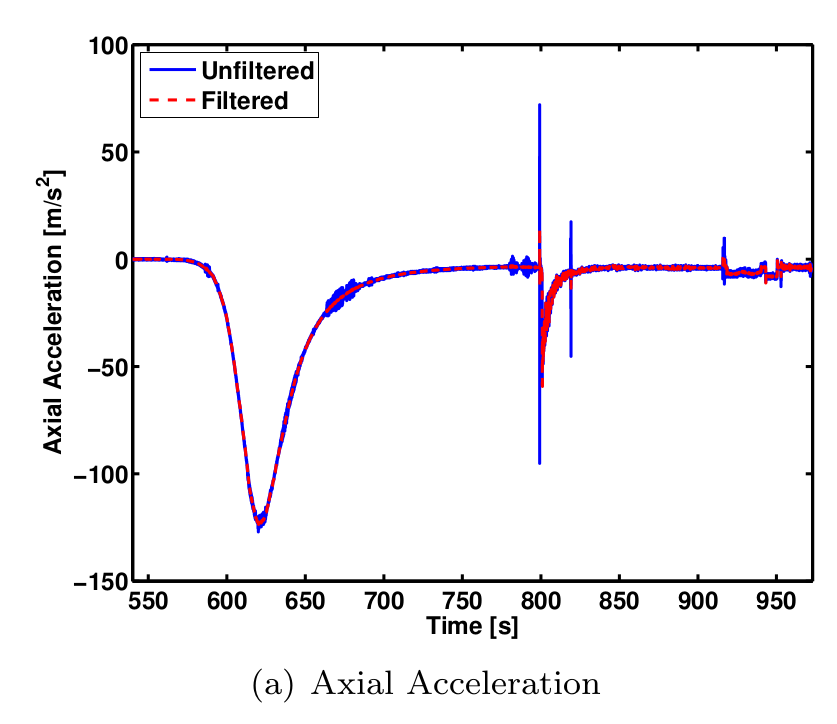 The graph provided in Organic Marble’s answer indicates a maximum deceleration of 13G (plus a nasty jerk, likely when the parachute opened). Below is an excerpt from it, scaled to seconds and G's 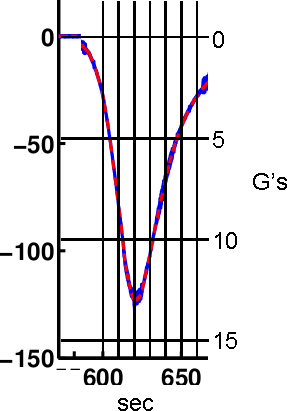 Your question did not indicate the physical condition of the crew at re-entry. The following information is based on crew with good physical conditioning and G-force training (astronaut candidates, fighter pilots and race car drivers). After a lengthy microgravity voyage, de-conditioned astronauts would likely be unable to muster the muscle tension used to voluntarily counter G-forces, and would be out of practice doing so. This would certainly affect their functionality during deceleration, but would have an unknown effect on survivability.

The answer to your question depends on your definition of “survive”.

If you mean “a statistical chance they would be alive, but possibly with longstanding deficits from injuries”, the answer is YES. Paul Stapp famously survived multiple rides in rocket sleds, up to 46G https://en.wikipedia.org/wiki/John_Stapp#Work_on_effects_of_deceleration. He sustained multiple injuries during his runs, including bone fractures and retinal bleeds. Kenny Brack survived 214G in an IndyCar crash but spent 18 months in recovery. https://en.wikipedia.org/wiki/Kenny_Br%C3%A4ck#Retirement

If you mean “is the deceleration within NASA’s limit for emergency aborts”, the answer is still “yes”.

If you mean “is the deceleration within NASA’s limit for launch”, the answer is “yes”

If you mean “is the deceleration within NASA’s limit for re-entry”, the answer is “likely not.”

The graph below has a red dot added to show the estimated G's and duration from the graph referenced above. 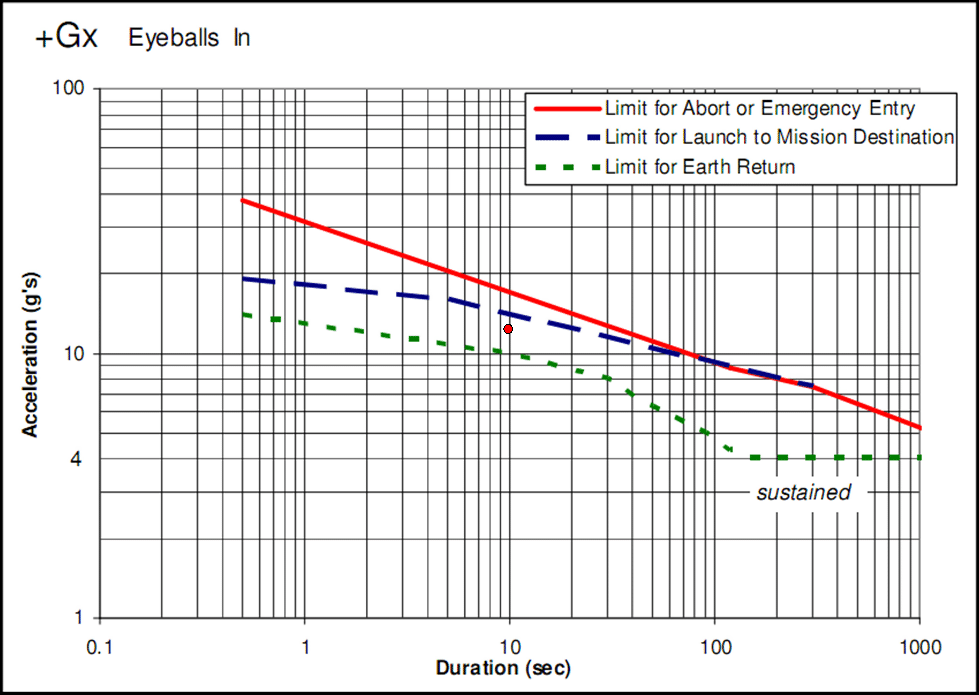 12
GPS / Iridium for human presence on Mars?
11
What are the synergies between human landing on the Moon and on Mars?
5
Could NASA send animals to Mars and back as a rehearsal before a human mission?
3
What are transonic oscillations (wrist mode) and would Schiaparelli have been transonic at 2 to 4 km altitude?
0
Are there studies on human Mars missions available?
2
Current state of the art Mars spacesuit?
0
Could the flyaway of the Curiosity/Perseverance skycrane be aimed in a particular direction?
9
Could Ingenuity survive if Perseverance failed?
4
Could Perseverance survive if Ingenuity failed?