So I was watching this video of a talk given by the creators of the game Kerbal Space Program. The video is more or less about game development, but this part (link should go right to the moment but just in case the timestamp is 25:14) hit me like a ton of bricks.

"No one really knows what re-entry effects look like. There's a lot of images on the internet if you just look for it, but you can see that of all of these they're all artists renderings. You can't find like a really nice picture of what the re-entry effect actually looks like."

This video was posted to youtube in 2013, of a talk recorded earlier than that, about a game development process that happened even before then. But I started searching online and sure enough, I can only seem to find artists' renders of re-entry effects. Some of them are so well done that they look photo-realistic, but they're still renders.

Plasma wind tunnels have been built, and I can find video demonstrations of these and the effect looks more or less like our popular conception, but I'm having trouble finding technical specifications that assert that the simulated conditions would look the same.

I know that gas composition can have significant impact on plasma appearance so for all I can confirm, these plasma wind tunnels are only worried about re-creating the pressure and temperature effects as easily as possible but the actual upper atmosphere would look different.

To that end, I found this other video, also from a ESA plasma wind tunnel experiment, and the colors look A.) quite varied! and B.) quite different from the popular conception - lots of greens and purples.

My question is two-fold:

There are thousands of photographs and videos taken of entry from inside and outside of crewed spacecraft. And, hundreds of human beings have seen it with their own eyes.

Here's a video from Apollo 11

Here's an external photo of a shuttle entry (source: NASA) 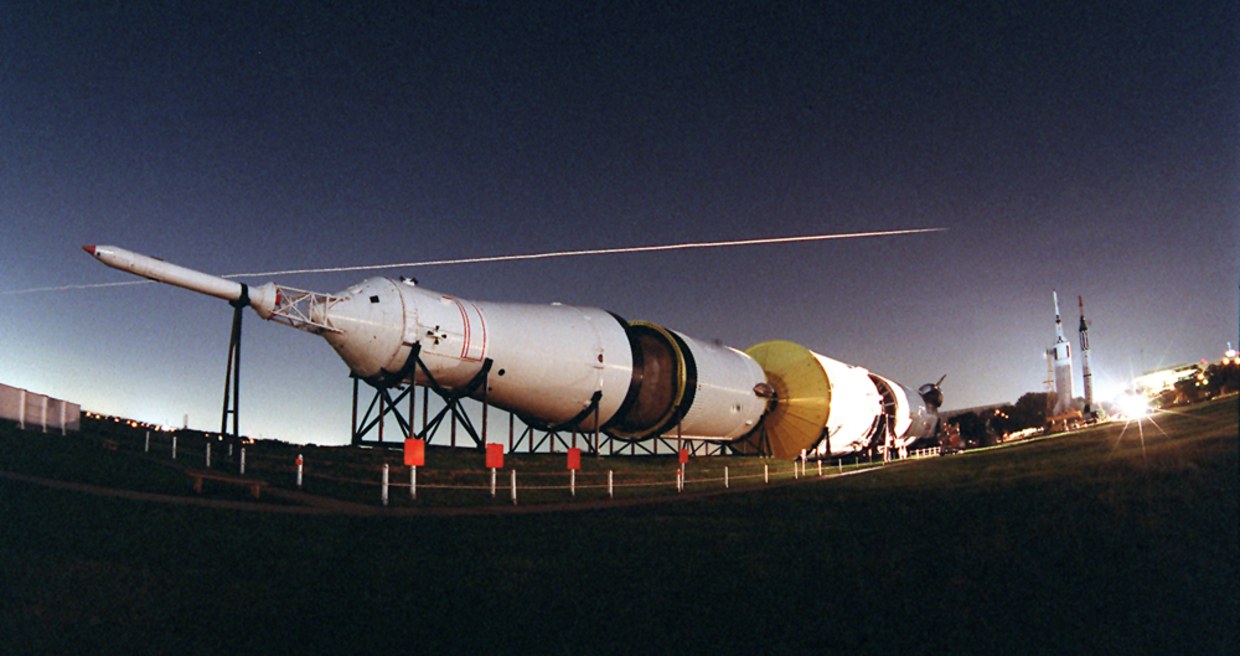 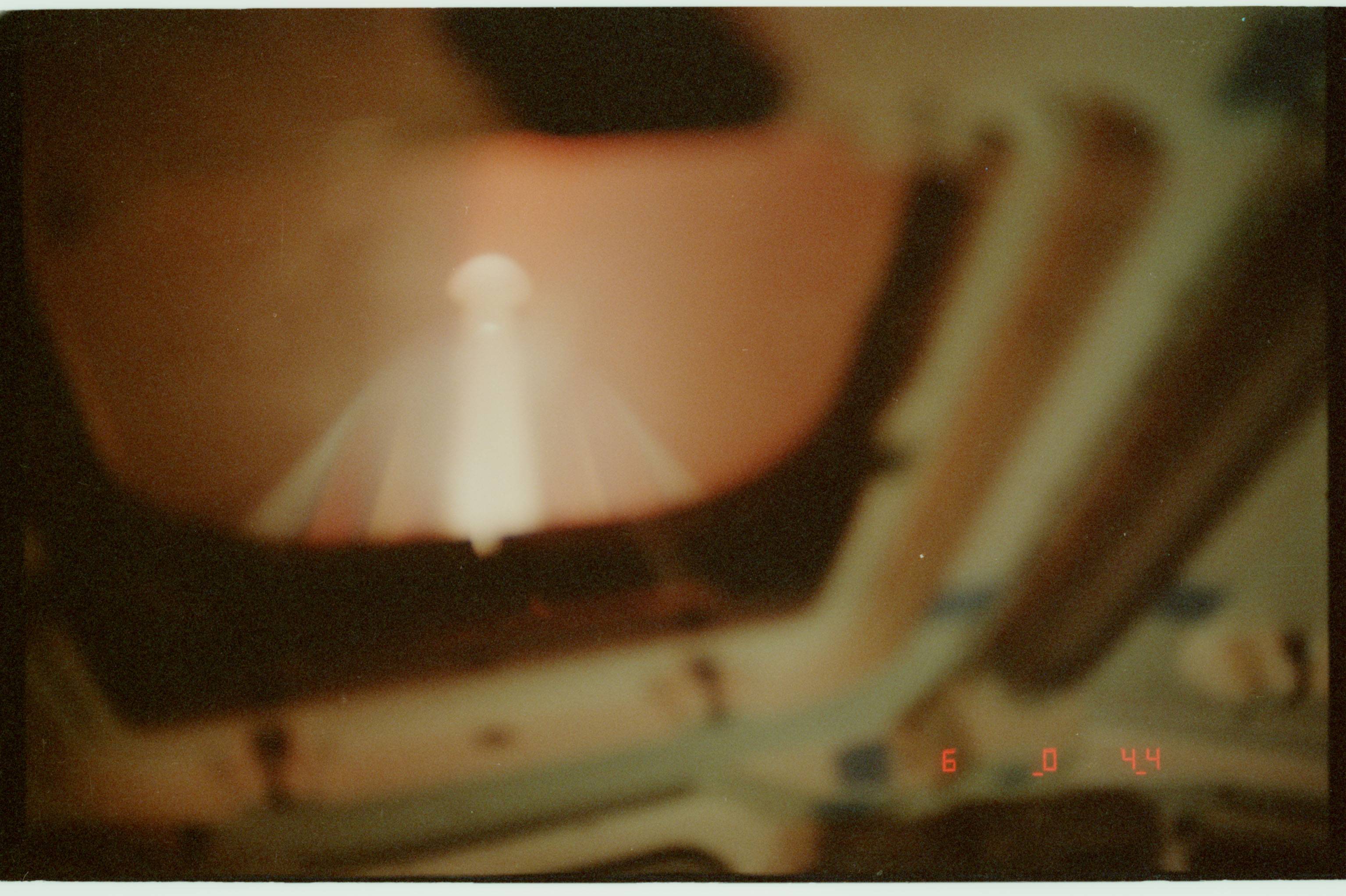 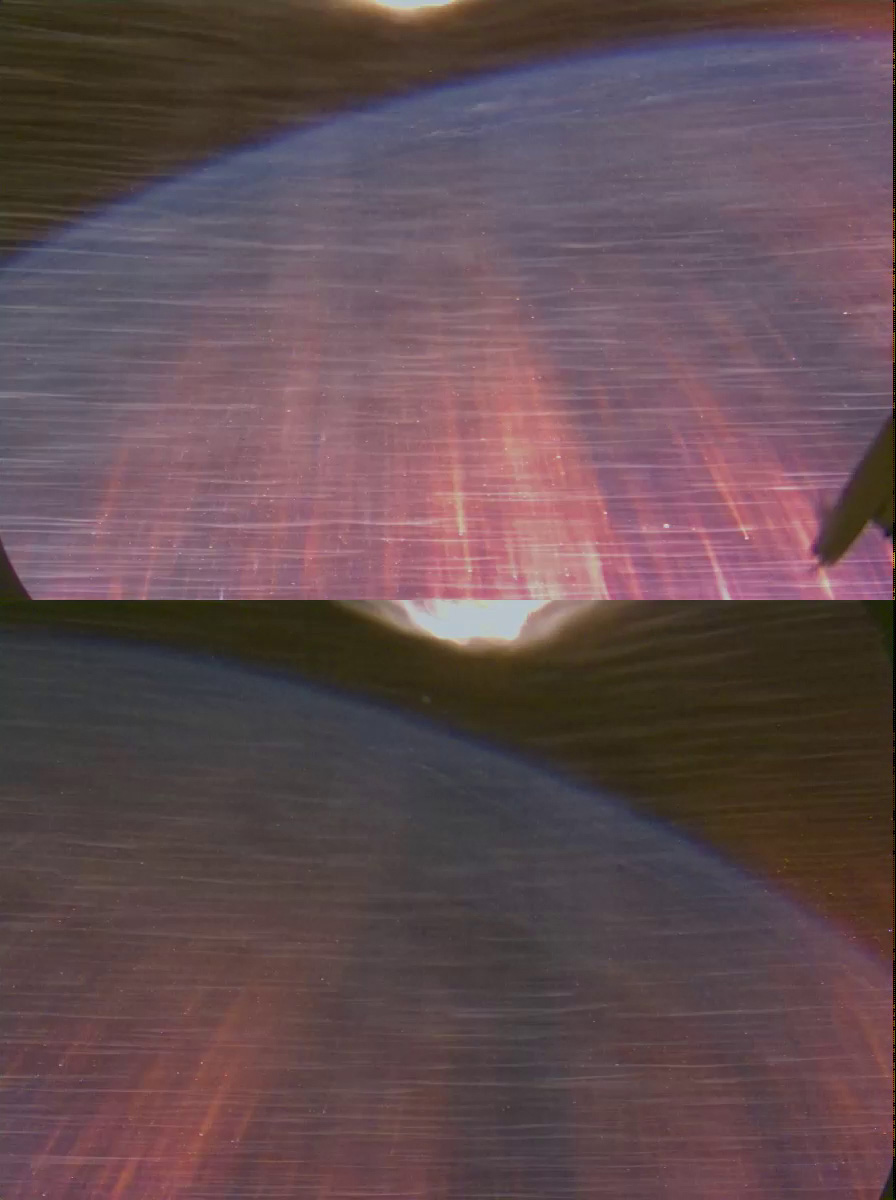 Here's a decent external video. This is a destructive entry - the tank breaks up at ~ 1:05 in the video. It's of the STS-029 external tank entry. Source: NASA

We definitely know what re-entry looks like. Progress burn-up

this is only an animation because I couldn't find one about a real Soyuz.

I hope these are helpful. Here's one more, Crew Dragon

We know what re-entry looks like because we have all these videos and photos of it. Also, you can see the flames when you look out the window of the spacecraft (assuming you're in a spacecraft with windows, which would be most if not all crewed spacecraft, because astronauts have to see where they're going to dock with something). 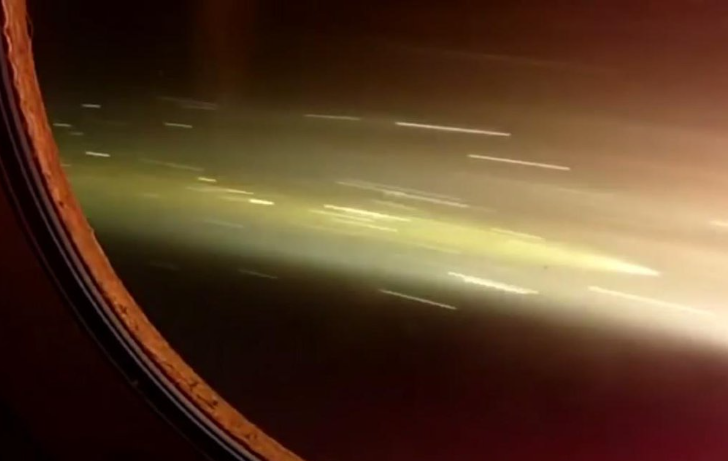 Ah yes, and I also saw this in my yard a few nights ago 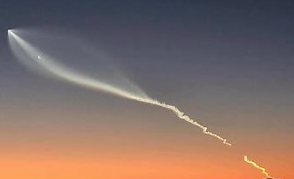 22
Do windows in space stations, the space shuttle, other spacecraft have practical usage?

6
Re-entry Dynamics
5
Is Martian wind strong enough to produce aerodynamic forces on a spacecraft?
5
If Steve is at 300 km, and SWARM is >440km, how did SWARM measure Steve's temperature?
24
Why can't you just parachute down right from orbit?
1
Do aeroshells really get hotter than the surface of the sun?
2
Help understanding vectors in diagram from "Magnetohydrodynamic flow control during reentry" and the actual goal of this research
2
What orbits are Starlink satellites now deployed into? How low to do they go on their first perigee?
3
Do reentering capsules always make a(n Earth-shattering ka-)boom and look like a fireball if at night? Time & epicenter predictable w/ public info?