Why was there a minimum height for astronauts?

According to this answer https://space.stackexchange.com/a/2254/44505 the minimum and maximum they could be were:

Everything that must interface with the human body must be designed to fit a certain range of body sizes. For example, in the early days of shuttle when airline-like operations were envisaged, the requirement was to design all crew equipment to fit 90% of the US adult population.

The normal complement of crew equipment will provide supplies for a standard crew of four for a mission of 7 days. The equipment is designed to be used in the Orbiter shirt-sleeve environment by 90 percent of the male/female population (the 5th to 95th percentile).

An example of small body size impacting mission ops occurred during STS-086. Astronaut Wendy Lawrence was planned to serve as a long-duration US crewmember on Mir. However, due to failures experienced on the Mir shortly before the mission was launched, the timeline of her stay was replanned to include an EVA repair. Unfortunately, Lawrence was too small to fit into the Russian EVA suit and so could not participate. This forced her to be replaced as the long duration crewmember by David Wolf. 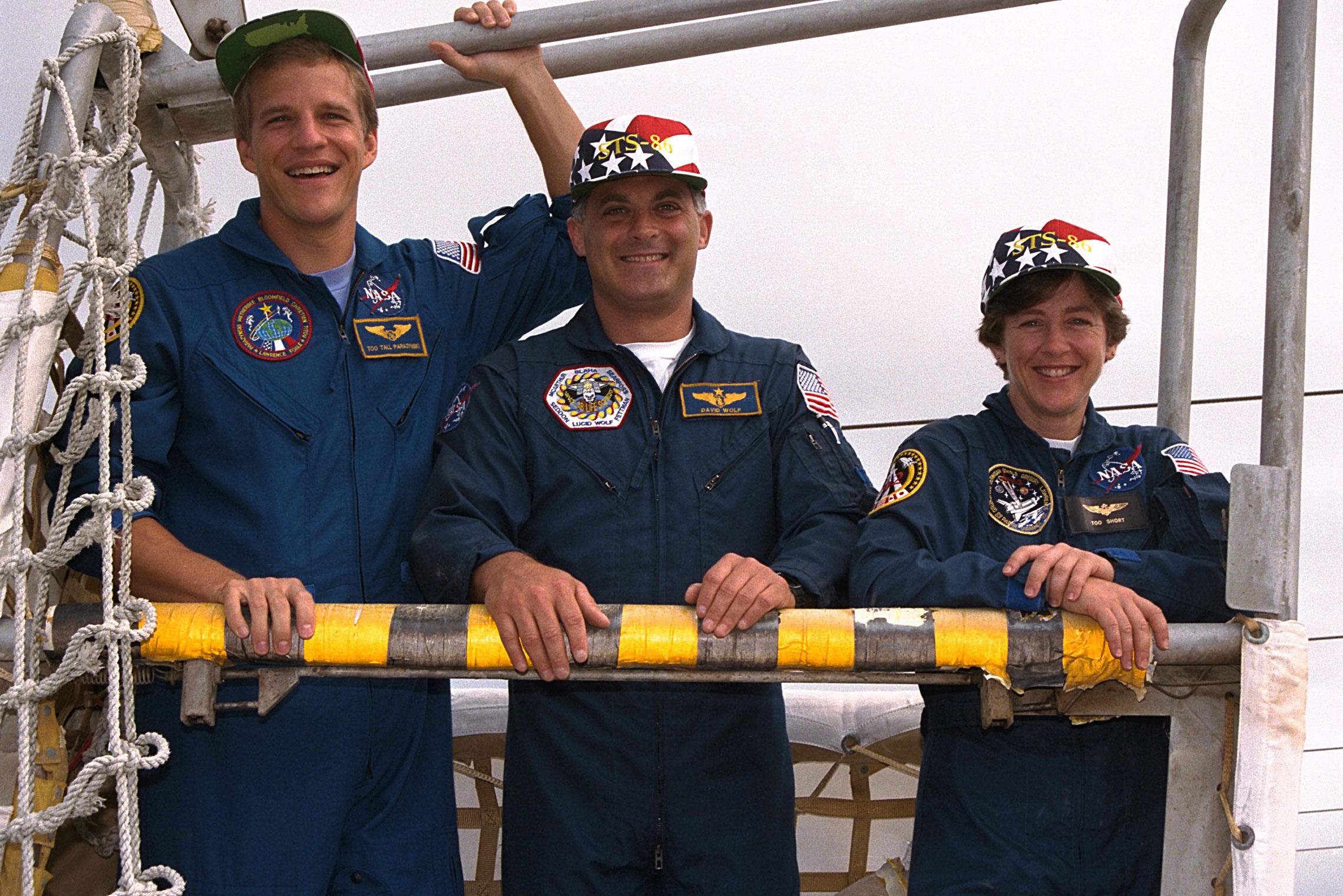 This NASA KSC photo shows STS-086 crewmembers Lawrence, Wolf, and Scott Parazynski standing side by side during pad escape training for that mission.