How do space capsules float on water? 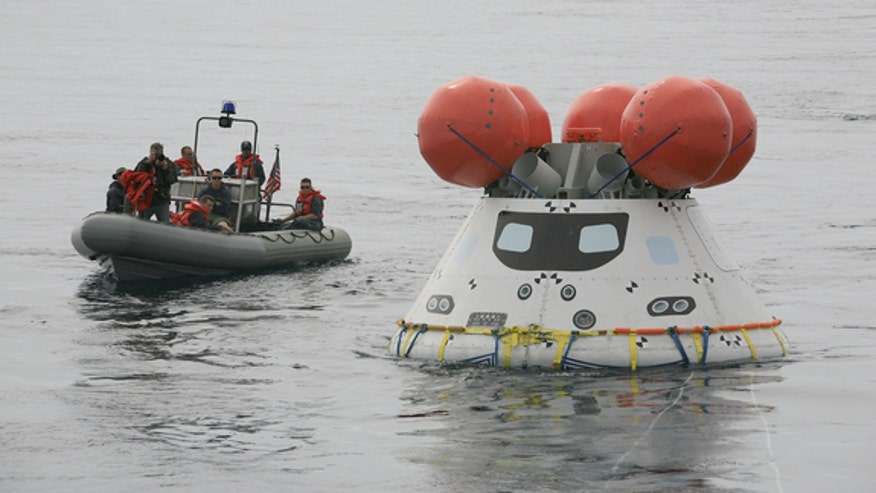 . There are other images where they are deployed and clearly visible above the water surface. 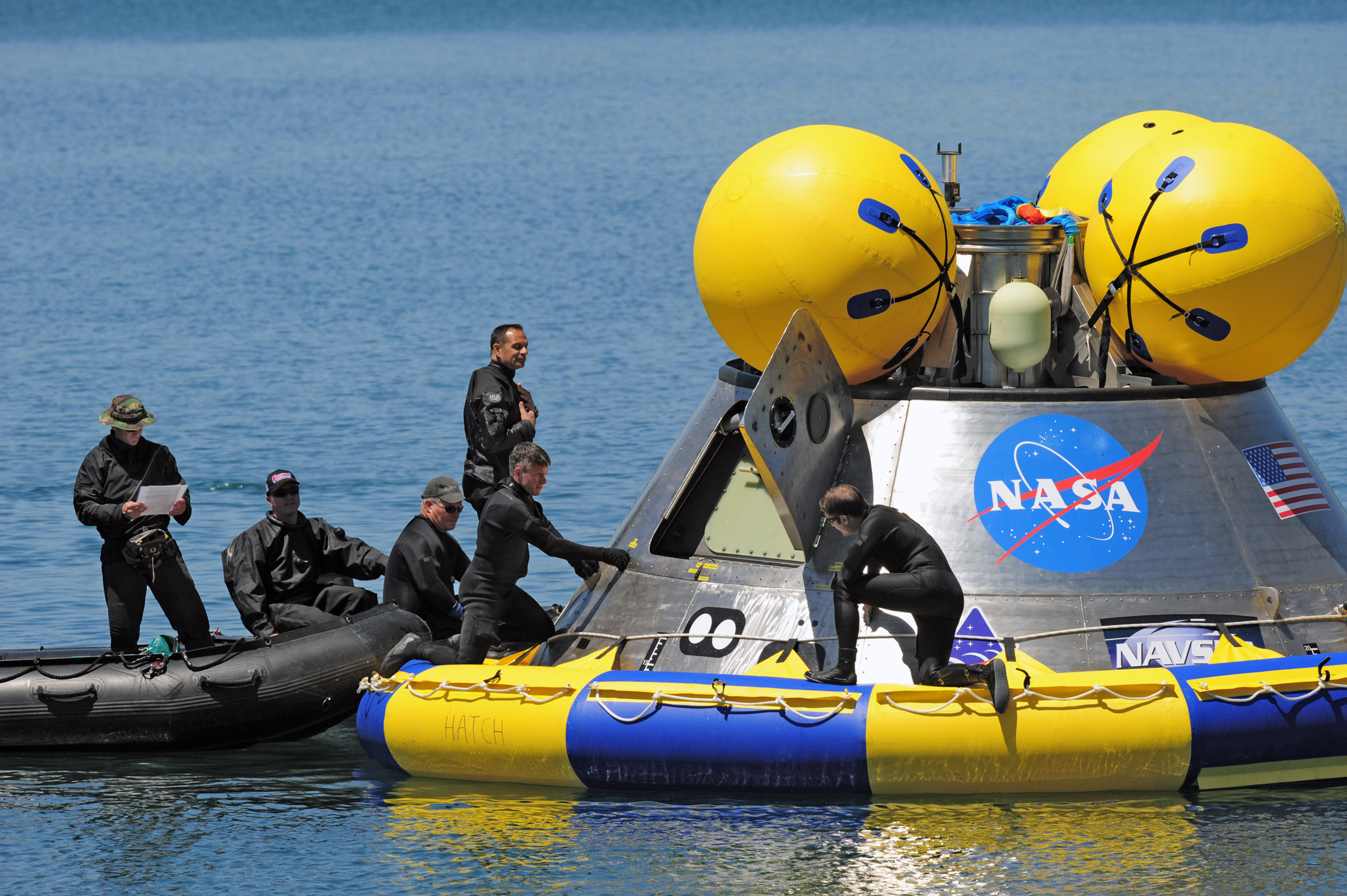 Capsules like Apollo and Orion are mainly open space internally (the crew cabin); they have no problem floating by themselves (like a metal-hulled boat would).

The conical capsule shape by itself will float in either of two orientations: stable 1 (base down, nose up) and stable 2 (nose down). In stable 2, the crew is hanging upside down in their seats and the hatches are underwater, obviously not a desirable condition, so the inflatable floats at the top end are to right the capsule if it lands nose-down or turns over in rough seas.

The larger ring float around the base both helps keep the capsule stable and insures against the capsule sinking due to water getting inside an open hatch after the crew gets out. The first Mercury capsules didn't have that kind of float, and were intended to be picked up by helicopter and flown to a recovery ship, but the heavier Gemini and Apollo capsules had to stay afloat longer, until the recovery ship could reach them and bring them aboard by crane.

The Gemini capsules had a different layout that appears to not have been nose-up stable, and its flotation system helps to keep it in the desired (hatches-up) orientation. 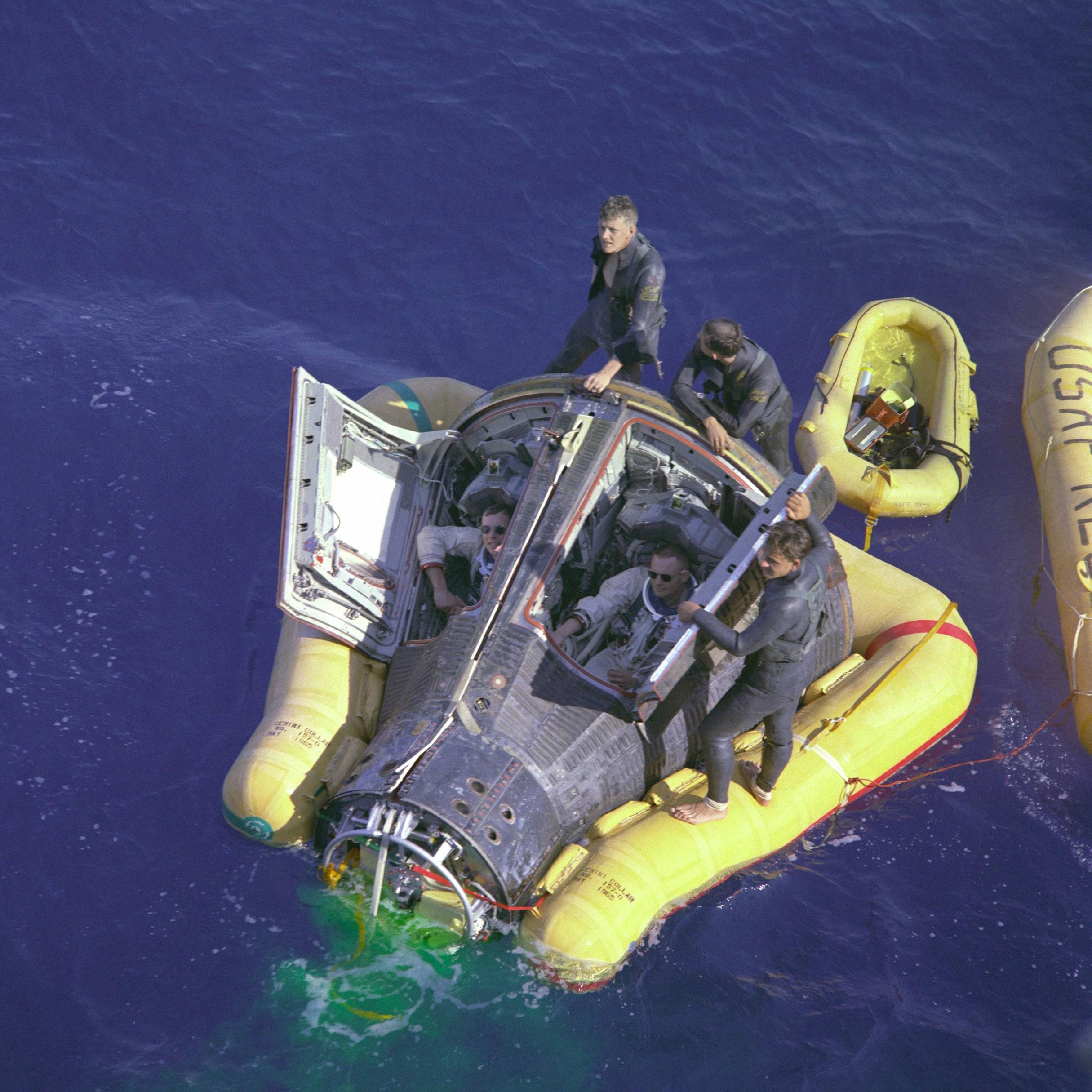 Not the answer you're looking for? Browse other questions tagged water capsule or ask your own question.

19
My space station is filling with water
7
What forms of water ice have been observed and verified in the solar system?
6
Are crewed capsules equiped to land pretty much anywhere in the world?
8
How might water floating in space be 'mined'?
6
Where is the "almost certain" water in these spectra from Chandrayaan 1's Moon Mineralogy Mapper?
9
How do we control a Reentering Capsule in the denser part of the atmosphere?
5
Water ice as dummy/filler payload to orbit
5
Choosing a specific region to live on Mars, how important will the degree of dust there be, compared with the availability of water?