This is (again) something from the back of my head, that I am looking for right now. I think that in 2008, I saw a presentation on foamed / expanded aluminium for structural components (1). The promise was to enable roughly 10 times lighter structures in aluminium as compared to a structure with an equivalent strength made from solid aluminium. It was at an ESA meeting, so it should come from either somewhere in Europe or Canada. I can not find it and actually I do not know how it is called. Foam does not seem to be the term. It was about really small bubbles of some sort, similar to or smaller than in foam plastic. I do not know about outgassing in this context, maybe the bubbles were evacuated. It would be interesting to find out more. There are some composites / polymers in use in space, for which foam has at least been investigated, but this is sort of not what I am looking for.

(1) EDIT: I need to specify this. I am talking about structural components of space crafts or satellites. Think of structures in terms of skeletons. Launchers are interesting, but not the scope of this question. It also means, that I prefer a source, which talks about the use in space (longer duration, weeks, months, years), space applications (proposals for or documentation of structural component xyz of mission abc) or space qualification of the material (an analysis of its mechanical properties plus [thermal] vacuum tests is probably most interesting in this case).

I found a short article by NASA investigating the use of aluminium foam. Whilst they don't intend to use it for the majority of the space craft design they do intend to use it to replace their blast containers.

NASA were looking for a replacement for their blast containers, the job of which is:

The results of their testing with aluminum foam were as below.

Aside from blast containers we also have their plans for it to be used as shielding from micro meteoroids and debris.

This paper compares existing honeycomb structures to that of the foam

The purpose of this study was to evaluate the effect on shielding performance achieved by replacing metallic honeycomb cores with metallic open-cell foam cores in a double-sandwich panel MMOD shielding configuration representative of those used onboard the ISS.

And the conclusion of the experiment was that:

At normal incidence, the foam-modified shield was found to provide a 15% improvement in critical projectile diameter at low velocity (3 km/s) and a 3% increase at high velocity (7 km/s)

The technical details below this point explain mostly why they intend to use it, its strength to weight ratio and ability to contain blasts being the main one.

Properties of the foam

Aluminium Foam does seem to be the correct name for what you are thinking of.

Aluminium Foam is produced from an aluminium alloy.

The mechanical properties of this foam are:

The foam also takes on a lot of the properties of the alloy it is made from, namely:

Further reading can be found in this paper on its potential uses structurally.

What you are looking for is Aerogel - Www.aerogel.org. There are a few different kinds, some of which are flexible and light, at above 99.9% air, and others that are more rigid, with a lower air content.

The solid used can vary too, from graphite to aluminium or silica, depending on the required properties.

The silica aerogels are incredibly good at blocking heat transfer, as you can see in this pic from http://stardust.jpl.nasa.gov/tech/aerogel.html 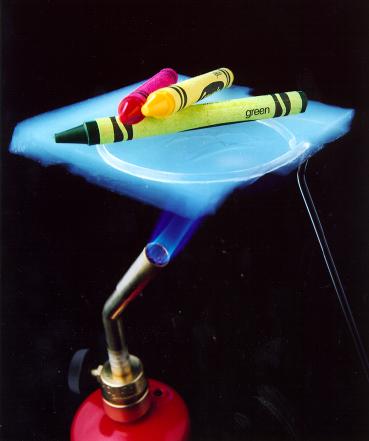 There is a commonly used Aluminum Honeycomb design. The idea is, instead of using solid aluminum, sandwich an aluminum honeycomb design between two aluminum plates. This works well for structural purposes, provides a bit of flexibility, and reduces the weight. That might be what you are referring to. There is a Wikipedia article that shows some common designs, including this one: 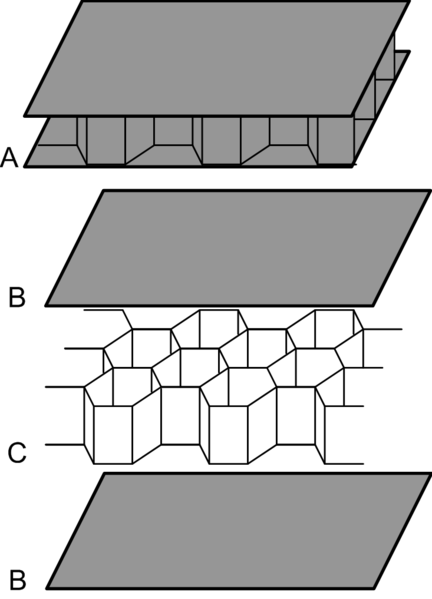 Not the answer you're looking for? Browse other questions tagged materials construction outgassing or ask your own question.

5
Suitability of Hydrogenated Boron Nitride Nanotubes for structural and shielding elements of spacecraft
13
Why does the material for space elevators have to be really strong?
11
How much lighter could a modern, working replica of an Apollo payload and crew be at launch?
1
Heat Shielding Material for Reusable Craft