Is there enough man-made junk on the moon to help a stranded person get home?

I was looking at pictures of land rovers left on the moon (footage and what not). Then I visited this wiki page to see what derelict equipment is on the moon (just sitting around).

Which then raises the question:

Provided you have time and some understanding of electronics and mechanical devices. Is there enough material on the moon construct 'something useful' to either: 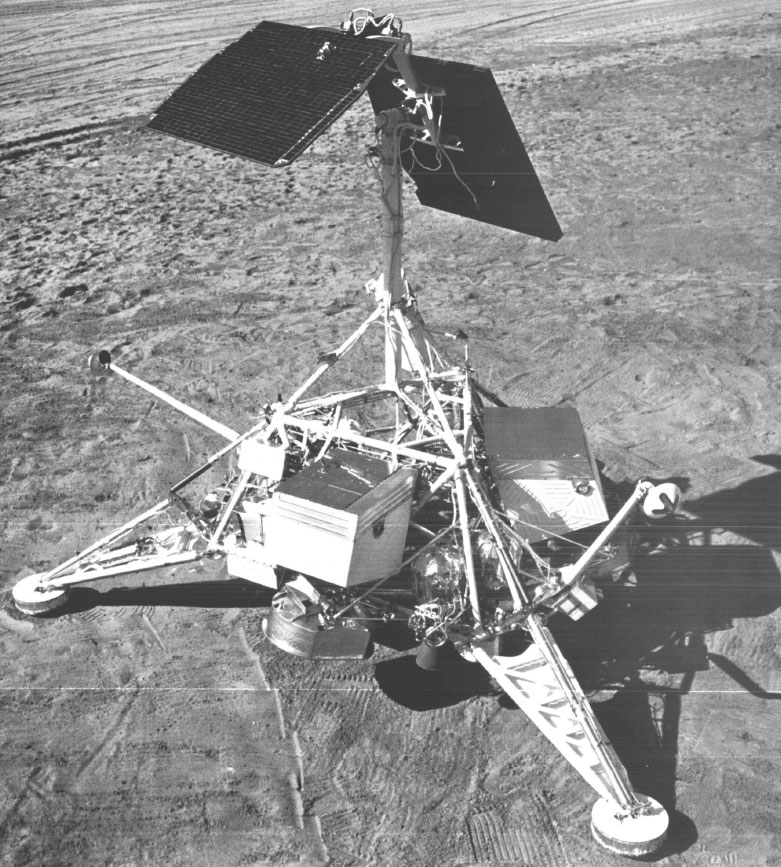 Leave? No. By now, any residual fuel in various landers will have leaked off, and nothing has the sort of chemistry capability to produce fuel from lunar materials.

Get help? Maybe. Most of the landers still have working radios with radiation-hardened circuitry; it's just a matter of powering them up. Your best bet for this is probably the Lunar Rover radios: those were designed to be powered from an external source, so it's just a matter of finding a 36-volt power supply. Batteries aren't an option because virtually everyone used silver oxide batteries that fully self-discharge in less than 20 years.

My first choice resource-wise would be the Apollo 12 landing site. You've got three choices for radio: Surveyor 3's radio and directional antenna, the LM descent stage's parabolic high-gain antenna, or the ALSEP controller's radio and directional antenna. You can try to use either Surveyor's solar panels or the ALSEP radiothermal generator for power if you don't have your own supply. And as a last resort, you can trace out an SOS in the regolith and hope that, as one of the better-known parts of the Moon, somebody's orbiter will spot you during a survey.

Without even considering consumables such as food or oxygen, there is nothing on the moon to regulate human body temperature or to allow one to dispose of the waste that would accumulate in your space suit if you did have something to eat or breathe. More directly addressing the question, none of the 'junk' on the moon has any method of propelling itself off the moon.

Even if you could get off the moon, you have no way of escaping lunar orbit.

Even if you could escape lunar orbit, you have no way of navigating to Earth.

Even if you could navigate to Earth, you have no way of surviving reentry.

Even if you could survive reentry, you have no way of landing.

If you are on a random point of the moon's surface, facing the earth, in the mid-latitudes, and your ascent stage goes boom while you are walkabout, you are going to die. Period.

Lets assume there is a fully-functional Space-1999 level lunar facility at another point on the moon. How will you navigate there? No GPS, and the landscape is rather featureless. Transportation? Walking won't get you very far, the rovers were good for maybe 50km. Your suit won't sustain you for more than one day, and that's only if you don't exert yourself doing things like walking.

Any kind of space travel requires substantial advance planning, deviations from the plan by more than a tiny amount never end well, and the whole process is absolutely unforgiving of error. There is simply no way you could remain alive, even with the most advanced technology available today, long enough for someone else to come and get you.

NASA fully expected to lose one of the Apollo crews, and estimated the Shuttle would fail once in 200 missions (0.5%). They were right in both cases, and everyone onboard accepted it.

I think the biggest issue would be fuel. Trips to the Moon were very carefully calculated: they brought just enough fuel to make the trip. The amount of residual fuel left behind in any of the landers remaining on the surface is minimal. It was minimal the day they landed. In the 40+ years since then there has surely been some leakage, and probably chemical deterioration. Even if you somehow could visit all the vehicles on the surface and collect all their fuel ... well, I'm too lazy to do the research for a casual post like this, but I doubt it would be enough to get an adult human off the surface and escape from lunar orbit.

Then there's the fact that none of the vehicles left on the Moon was built to take off. These are LANDERS, intended for one-way trips. Could they be modified into launch vehicles with sufficient time and effort? Maybe. I guess that's less impossible than finding fuel.

You could speculate about what a sufficiently ingenious person could do. Like Kirkaiya says, maybe a McGyver could figure out something brilliant. Could you somehow build a machine that would produce fuel from lunar resources using parts from various landers? I can't say that it's impossible, but it would be very, very difficult. Heck, would you even know how to start? If the hypothetical stranded person was an engineer who designed fuel refining equipment back on Earth, maybe he could. But most people, even most highly intelligent people, would likely have no idea how to go about building a fuel refining machine. I think I'm pretty clever and I have no idea. And people who do know would probably have no idea how to identify the type of rocks that include the appropriate raw materials, and vice versa. Modern technology is built on the work of many, many specialists, each contributing their own little piece to the complete system.

And if you are going to combine parts from multiple landers, how will you travel between them? Are we assuming you have a vehicle that can travel hundreds of miles across the lunar surface before you run out of air, food, and other supplies? If we're assuming you're on foot in a spacesuit with a few hours or even a few days of air, forget it, I think you're doomed.

Finding a working or repairable radio so you can call for help seems a lot more promising. Even without a radio, a clever person might come up with some way to send a message -- writing SOS in big letters with some available material, maybe using a small amount of fuel to send up a signal flare, using a mirror to flash light, etc. Most of these would require knowing when someone will be looking in your direction.

But even if you could signal for help, then what? Unless the folks back on Earth just happen to have a moon-rocket sitting around -- didn't I leave one in the garage last fall? -- how are they going to rescue you? By the time they built a rocket, launched it, and reached you, you are probably long dead.

No indeed. You cannot get off. Most of what you need is present, but you will die of biological needs long before you can make of it what you need to get off the surface.

So you would want to communicate. If we presume the most favorable conditions, that you are within walking distance of enough serviceable parts, you might be able to get a message to earth. But it took us nine years to get to the moon last time, and so much of the solution is lost. We don't have a big enough booster as ready-to-build plans right now. To get a lander + lifter + mercury style pod would be a multi-year and multi-billion dollar effort. It would be reasonable to assume most of that nine years again. Same problem. Biological needs kill you long before they pick you up.

19
Could I home-brew my own rocket fuel?
3
Would the lunar rovers work (again) today? What would be needed?

5
What is the most valuable (potentially useful) man made object on the Moon?
10
Doing an experiment to point a laser to the moon and back
7
Wasn't the moon landing + reentry much harder to do than SpaceX's reusable rockets/boosters?
5
What would be the challenges of a non-rotating tether orbiting the Moon?
5
How much modification would Dragon 2 or Red Dragon require to serve as a lunar lander?
9
Can five refillings of the BFR second stage be useful to get to the Moon? To Mars? All five in Earth orbit?
3
Expected differences between concrete prepared on the ISS and matched samples prepared on Earth?
13
What is this unlikely-looking contraption ("plutonium battery and scientific equipment") they're making Jim Lovell carry around a parking lot?