Where will SpaceX take CRS-5 after it lands? 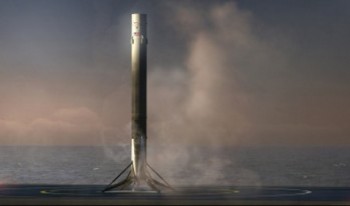 If SpaceX's plan to land the CRS-5 first stage on their Autonomous Spaceport Drone Ship goes perfectly, there will be a 50 (ish) meter rocket on a barge in the Atlantic. Leaving aside the interesting question of checks and refurbishment, what happens next?

Where will SpaceX take the ASDS, and how will they offload such an enormous cargo?

It is currently unknown (1 week before the Dec 16th launch/landing date) where they will do the checkout and refurbishment work. So some questions to answer your question. (There may be an ethnic joke lurking in here)

First set of questions: Will they tow the barge back to port (Which port?) upright? Or will they somehow lower it onto it's side? Using a crane on another ship? Where will they keep the cradle to hold it before landing? How will they fold the legs back up.

Second question: Which port will they unload it at?

Third question: Where will they then move it?

The third one is likely the easiest to answer. They will most likely just mount it on a truck and drive it to the McGregor, TX site.

I say McGregor, TX site, since they have the ability to re-fire individual engines, or the entire stage. They have a component of the development team there working on engines. They have more room there.

The factory in Hawthorne, CA is somewhat limited by space, since they are producing core stages at a furious rate, and likely are going to be space limited there at some point. (It is a huge factory space, used to build 747 fuselages, but not clear how much storage space they have left).

If they hit their 40 core a year pace, they will need room to handle the flow of that many cores. Every picture we have seen of the factory floor shows it looking very full. Thus McGregor may make the most sense in terms of space.

Shipping components for additional specialized inspection back to Hawthorne is likely easy and common.

If they wish to actually refire it, they need it at McGregor anyway, so may be worth just driving it there first.

New information has come up. The fine folks in the NasaSpaceFlight forums realized that the ASDS is docked in front of a cruise ship. Cruise ships often have webcams. (PS: These guys are nuts! Funny, but nuts! Some guy overflew McGregor and took photos of Grasshoper. Another kayaked the river where the barge was built to get better pictures. They have sea/air recon assets now.)

These webcams are often public. So now we have a running webcam pointed at the ASDS barge, when the cruise ship is in port. 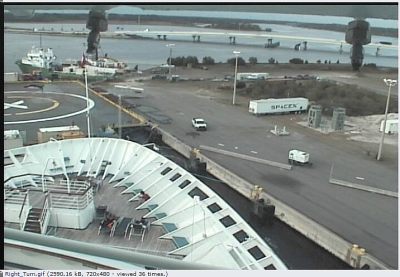 As you can see to the right, there is a SpaceX trailer, and next to it, what appear to be F-9 mount points.

This has led to the speculation that the barge will return the stage standing upright, legs extended (mostly tied down. They have a good shot of the deck showing tie down points but I cannot find it right now).

Then lift it off the barge, mount it on the structures, fold the legs, then move it where needed.

Close up of the structures, alas web cam is low res. (Wonder if we could crowdsource a better web cam for the front of that ship?) 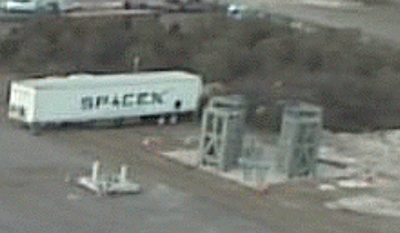 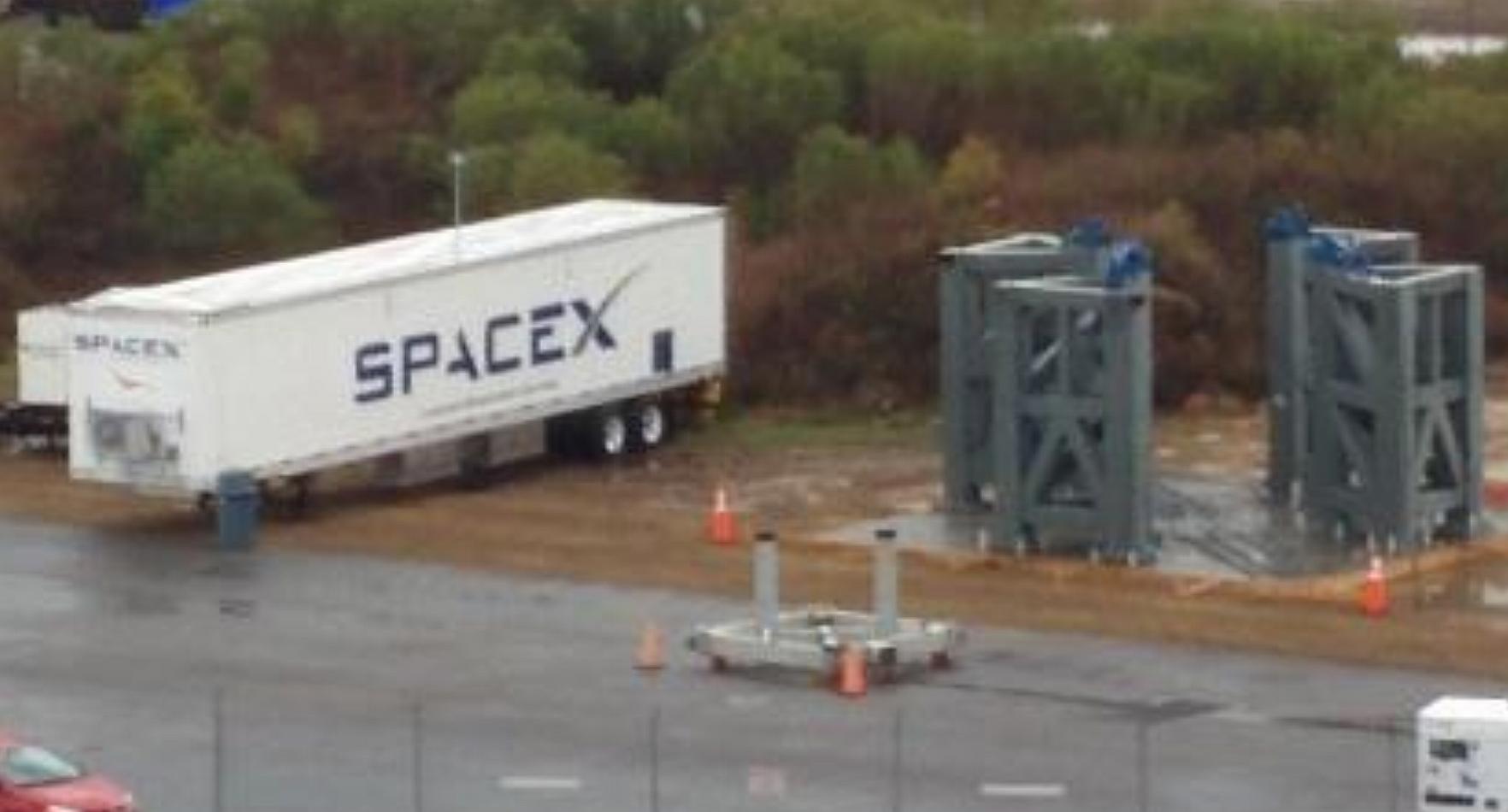 So where will they initially take it? Current docking port for ASDS barge. Fold the legs, then truck it to an appropriate facility (Hawthorne, or McGregor) for detailed examination.

Not the answer you're looking for? Browse other questions tagged spacex falcon-9 reuse falcon9-r asds or ask your own question.

10
Through what mechanisms would SpaceX test and examine the returned CRS-5 first stage?
8
How will the SpaceX landing barge (ASDS) get to the proper location?

10
Through what mechanisms would SpaceX test and examine the returned CRS-5 first stage?
9
Will we see the barge landing live during the SpaceX CRS-5 webcast?
8
How will the SpaceX landing barge (ASDS) get to the proper location?
18
How will SpaceX achieve landing of the Falcon 9 first stage?
2
SpaceX: Recovery/reuse of upper stages - where would they land?
7
What did SpaceX change in the upgrade of the ASDS?
5
Did the Thaicomm-8 SpaceX landed first stage move after landing?
2
Do the SpaceX ASDS orient themselves in a particular direction before a landing? Is there a “landing ellipse”?
7
When will the first use of the SpaceX rocket grabber be on an ASDS?