When the Saturn V launch vehicles reached high altitudes and speeds, the exhaust plume looks drastically different compared to how it did at launch (it is much larger, and has a cone about halfway down the plume). Also, the flames seem to be creeping up the bottom of the S-IC stage. What causes these observations? 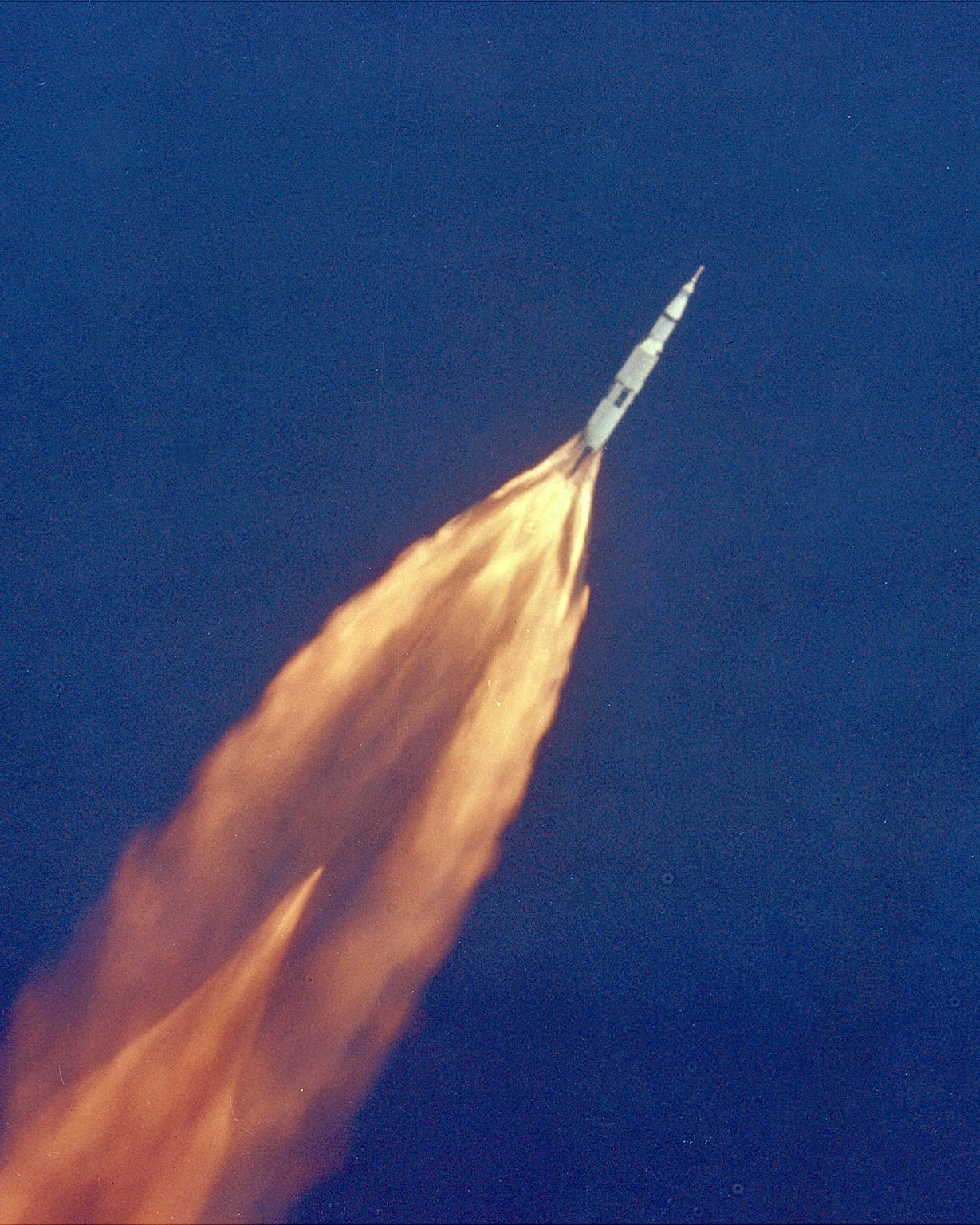 The contained shape of the exhaust you see at sea level is being constrained by the atmosphere. It is expanding as much as it can, as it moves downwards.

That is why the nozzles on upper stage engines are longer to prevent expansion as long as possible to maximize performance. An aerospike engine is designed to expand as per atmospheric pressure. I.e. Use the atmosphere as your nozzle, and it adjusts itself as the pressure changes.

Not sure why the exhaust appears to creep up the stage, but probably same reason.

To answer the creeping of the exhaust plume up the side of the first stage, it's called Plume Induced Flow Separation (PIFS). This paper (PDF) explains and simulates the computational fluid dynamics (CFD) of the PIFS phenomenon on the Saturn V. It's pretty heady but it explains the physics behind it.

Not the answer you're looking for? Browse other questions tagged launch rockets apollo-program saturn-v or ask your own question.

9
Why would a significant non-zero angle of attack be an advantage during 1st stage burn?
11
Were there any launch vehicles with so heavily pronounced Plume Induced Flow Separation (PIFS), other than Saturn V?

4
Where does the turbine exhaust go on the Saturn V F1 engine?
5
Most common causes of 21st century launch failures and how often do launches fail?
10
What was the maximum thrust of the Rocketdyne F-1 engine?
3
Orbital ATK’s Cygnus 2nd stage exhaust plume
3
Why does the exhaust plume apprear to be throbbing?
5
What rocket system launch contained the highest amount of propellent potential energy?
4
Saturn V and Atlas Engines exhaust issues
1
What is the semicircular puff coming from the Falcon 9 first stage in this picture?
8
How was AS-212 (Saturn 1B) supposed to carry both a CSM and LM?