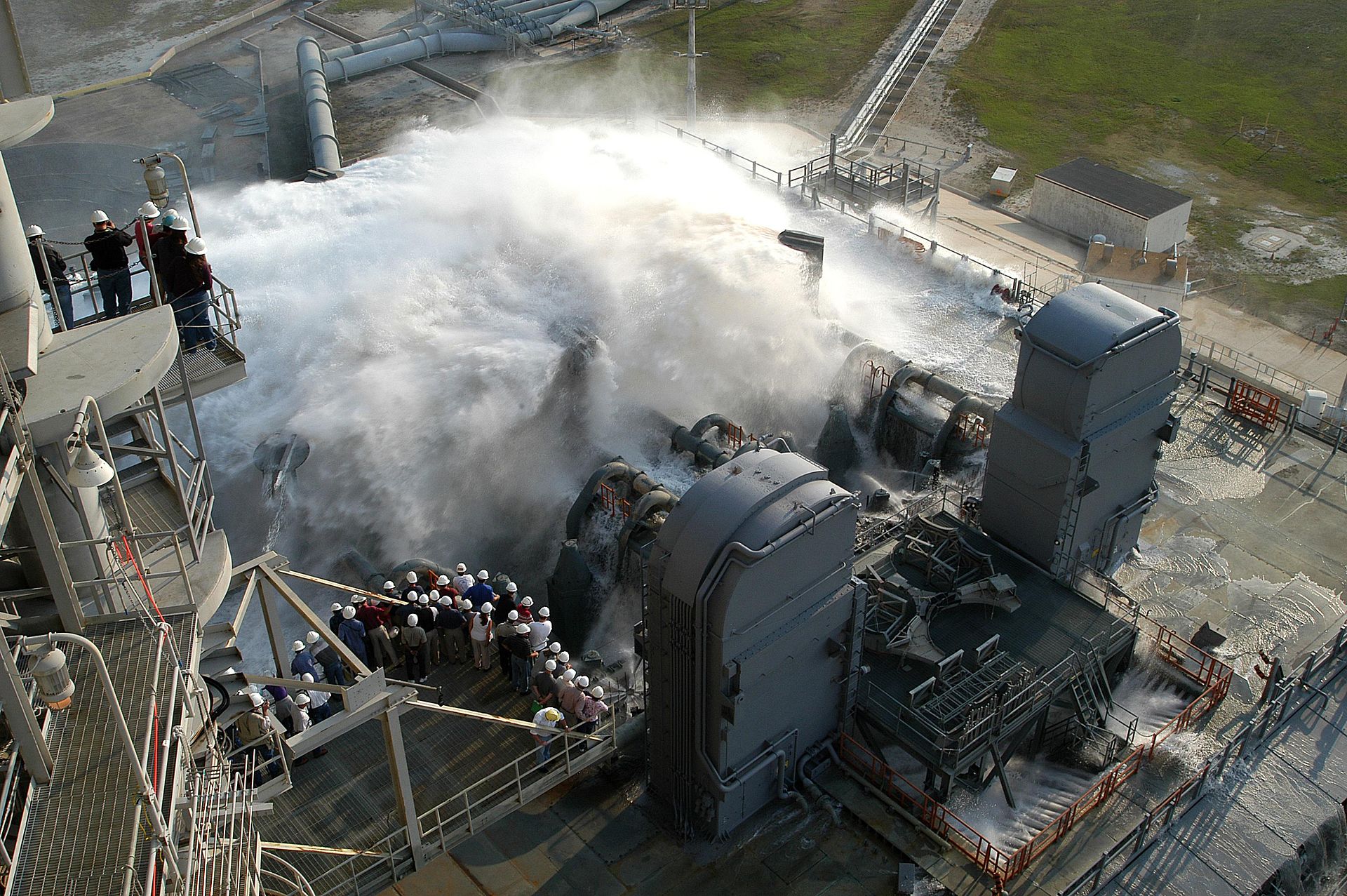 53
What is the purpose of the jets of water often under rocket engines during launch?

59
Why is the Shuttle Landing Facility runway surrounded by water?
26
Could the Space Shuttle have landed on any long runway other than those specially reinforced at Kennedy (TTS), and Edwards (EDW)?
9
What are/were the rails leading into the flame trench of pad 39A used for?
44
What is the difference between Cape Canaveral and Kennedy Space Center?
7
How far is Cape Canaveral Air Force Station from Kennedy Space Center, administratively and programmatically-wise?
4
Why do personnel in the KSC launch control room face away from the launchpad?
1
Are the waterways around Kennedy and Canaveral routinely dredged?
3
How close to the launch site at Kennedy Space Center does a press badge allow?