What are speed limits for free fall, orbital trajectory, and unbound trajectory?

This might be a beginner's question, but I cannot find a full answer.

I'd like to clarify the theoretical speeds that change the nature of the trajectory of an object launched at some altitude on Earth, horizontally and in the equator plane, assuming no atmosphere, without any propulsion mean after the launch. My incomplete reasoning:

A common illustration of the experience: 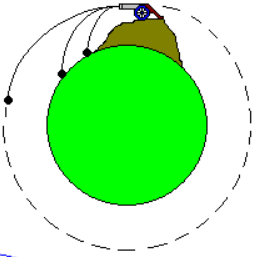 To sum up, what I think true, and what I don't know about launch speeds:

The kind of information I've got, which have been useful: At Purdue, at University of Virginia, at ScienceBlogs.

From the answers and comments provided (thanks!) and additional searches:

Below escape velocity, the object will move along an ellipse, if ellipse doesn't intersect the ground surface (free fall in this case).

The circular orbit is a particular case of elliptical orbit. We learned at school that the free fall trajectory is a parabola, this is not valid in real life where the Earth is not flat, and the gravitational force varies with the distance to the Earth center.

Above escape velocity the curve is hyperbolic, with no return.

What they teach in high school physics is wrong. When you toss a penny, it does not follow a parabolic path. Here is a picture of the penny's actual path (neglecting friction from air and rock and neglecting the fact that the Earth is not a point mass at the center): 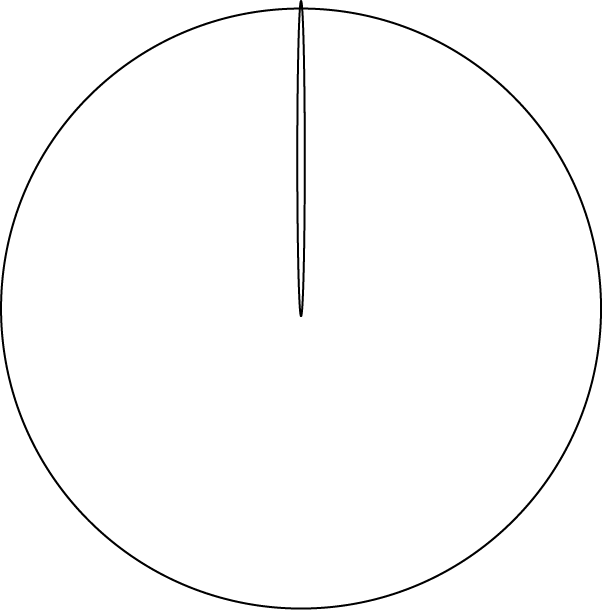 I wish they wouldn't keep teaching this. It confused me when I was first studying orbital mechanics. I thought "How can a penny toss be parabolic? it's nowhere near 11.2 km/s".

So from the earth's surface (neglecting friction from air and rocks):

0 to less than 7.9 km/s is elliptical orbit (but with perigee below earth's surface).

All of the above can be represented in a single equation, where $\mathcal{E}$ is the total specific energy of the object in flight, i.e. the energy per unit mass in units of distance squared per time squared:

$\mathcal{E}$ is a conserved quantity that is the same at all points in the ellipse or hyperbola, so long as there are no impacts with atmospheres or surfaces, the object isn't firing any rockets, and there are no other forces on the object except for the gravity of the body. At any given point in the trajectory, $v$ is the magnitude of the velocity at that point relative to the body, and $r$ is the radius, or distance from the center of the body at that point. $\mu$ is the gravitational parameter for the body, $\mu=GM$, where $M$ is the mass of the body and $G$ is Newton's gravitational constant. Aside from the notational convenience, $\mu$ is what is actually measured, and can almost always be determined much more accurately than $M$, which is limited by our knowledge of $G$. (The exception is when we can see nothing else affected by the gravity of the body, in which case crude estimates of $M$ are made using the size of the object and assumptions about its density.)

For $\mathcal{E}$ negative, you have:

where $r_p$ is the periapsis radius and $r_a$ is the apoapsis radius of the elliptical orbit. Radii are measured from the center of the body.

For $\mathcal{E}$ positive, you have:

Where $v_\infty$ is the velocity magnitude at infinity, i.e. how fast the departing object will be moving relative to the body once it is far enough away that the gravitational acceleration of the body is negligible.

When $\mathcal{E}=0$, you have just reached escape velocity.

You now have all you need to compute all of your velocities with just a calculator. (Assuming that the calculator has square root.) For Earth, $\mu_e\approx 398600\,\mathrm{km^3/s^2}$ and the radius of the surface at the equator is $r_e\approx 6378\,\mathrm{km}$. Go to town.

10
What are the requirements for $ɣ$ shape flyby?
6
Earth departure flight path angle for fast Earth-Mars transfers
16
What are the conditions for re-entry of an object in a (highly) elliptical orbit?
2
Why do we accept elliptical orbits for satellites?
2
What would be the minimum energy trajectory for an inbound intercept course for another body?
6
Calculation of V1 (orbital speed) during ascent
8
Besides hyperbolic flybys, what are all the other cases where the Oberth effect can be used?
14
Is there an intuitive reason for why the shape of the orbit at perigee is the mirror image of that at the apogee?
2
Is it (theoretically) correct to apply an equation that is derived from a hyperbolic trajectory, to an elliptic transfer orbit?