What plane will DSCOVR’s orbit be in?

According to the “NASA Earth Science Instruments” section of noaa.gov's DSCOVR page,

DSCOVR will make unique space measurements from the first sun-Earth Lagrange point (L1). ... 1.5 million kilometers ... sunward from Earth ... The spacecraft will be orbiting this point in a six-month orbit with a spacecraft-Earth-sun angle varying between 4 and 15 degrees. [emphasis added]

It seems to me that if the orbit is perpendicular to the Earth-Sun line, the range of spacecraft-Earth-Sun angles would include negative angles, rather than ranging +4° to +15°. Or, it seems to me that if it is a long ellipse parallel to that line (which would allow a range of positive angles) it might not be a stable orbit (without using fuel). Are these ideas incorrect? More concretely, what plane will the six-month orbit be in, and what will its shape be?

The orbit's probably close to perpendicular to the Earth-Sun line, since its imaging target is the Earth. The reason the angles referenced are all positive is because they measure the divergence of two lines, Earth-Sun (passing through SEL-1) and Earth-spacecraft. In essence, they're describing the distance from SEL-1, always a positive value, in terms of the Earth-based observational angle between DSCOVR and the sun.

If the ranges were closer together, they would be tracing out a more circular orbit, but instead it's in a quasi-periodic orbital trajectory known as a Lissajous orbit, which means it looks something like this:

You can now see the Lissajous path of DSCOVR using the Blueturn app:

Just zoom out (a lot) from the default EPIC view...

More generally, this app interpolates EPIC images received from DSCOVR using real-time 3D projection techniques. In such this is the first and only interactive video of the Whole Earth, with 2+ year of data. Very recommended! 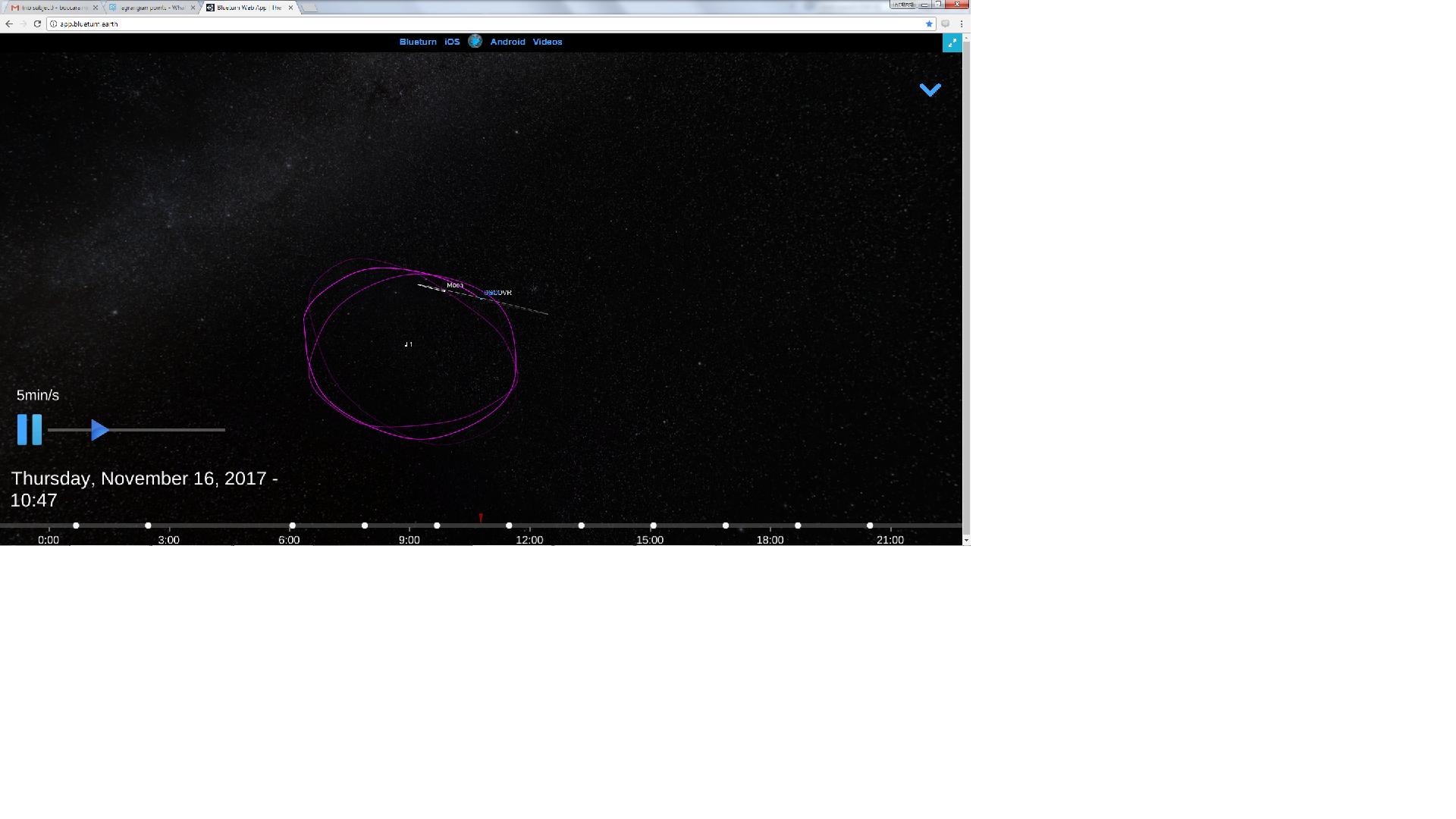 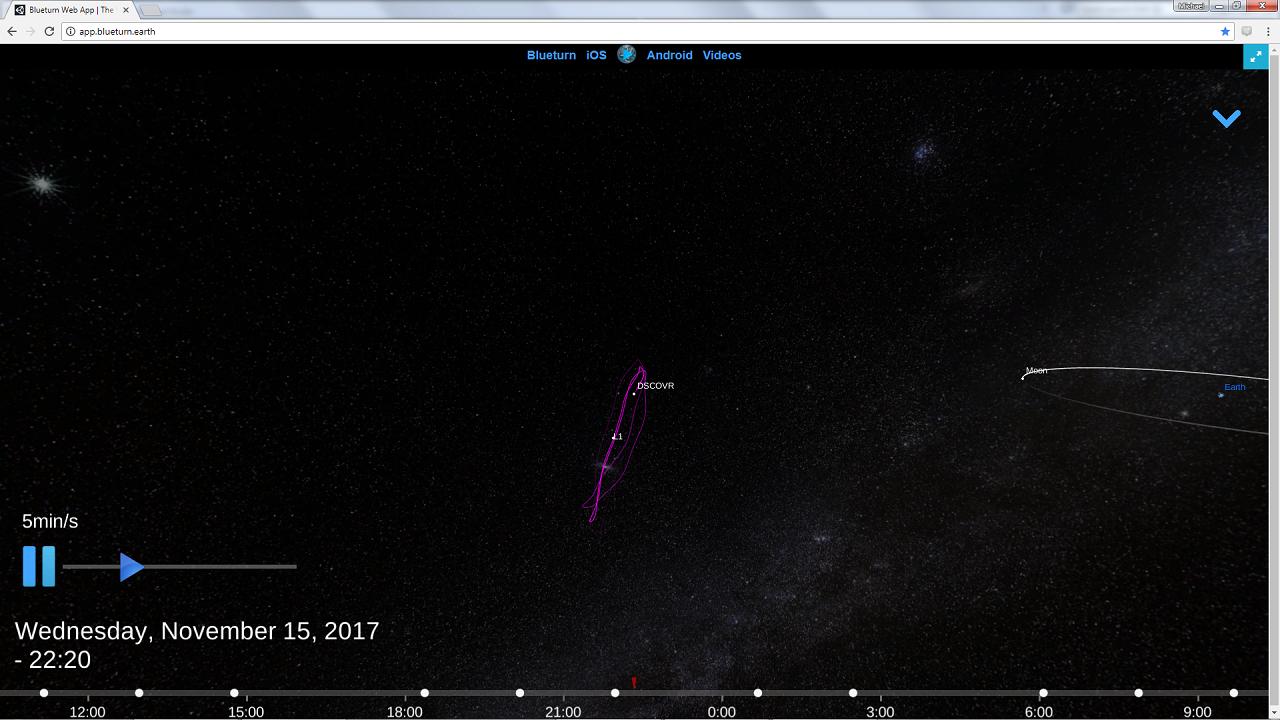 Not the answer you're looking for? Browse other questions tagged orbit lagrangian-points dscovr noaa or ask your own question.

30
Is there a lot of space trash at the Earth-Moon Lagrange points?
10
What are the sources of light at L2? How will the James Webb telescope be powered?
4
How can I calculate the Characteristic Energy to Sun-Earth L1?
7
How can we track where DSCOVR is now?

9
What is the diameter of magnetopause 1.5 millions kilometers behind the Earth?
10
Single-shot Blue Marble pictures
7
How could transfers between SEL1&2 and EML Lagrange points be utilized?
4
What is the Distinction between DSCOVR's “engines” and “thrusters”?
6
Are large halo orbits around L₁'s and L₂'s preferred over small orbits for reasons other than geometry?
1
Did ISEE-3 spend a few years in a halo orbit around sun-earth $L_1$ without using any fuel?
2
Why does DSCOVR's camera EPIC see at least 13 sunrises and sunsets per day?
5
Why put X-ray telescope Spektr-RG/eROSITA all the way out at Sun-Earth L2?