Robots on board the ISS: Expectations and results?

In the continuation of "are there any humanoid robots on board the ISS?"...

Do we have more information, further than marketing, e.g: 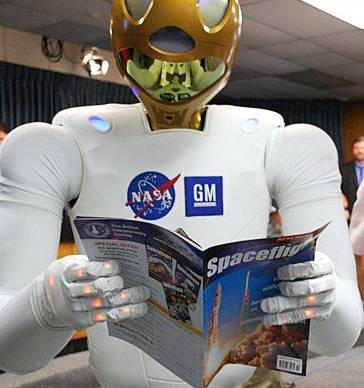 The most useful robots onboard currently are the SSRMS and JEMRMS, both are teleoperated robotic systems.

a 10m long robotic arm, mounted at the port cone of the PM, intended to service the EF and to move equipment from and to the ELM. The RMS control console was launched while inside the ELM-PS. The main arm was launched with the PM. The "Small Fine Arm", is 2m long and attaches to the end effector of the main arm, was launched aboard.

Launched on STS-100 in April 2001, this second generation Canadarm is a larger, more advanced version of the space shuttle's original Canadarm. Canadarm2 is 17.6 m (58 ft) when fully extended and has seven motorized joints. It has a mass of 1,800 kg (4,000 lb) and a diameter of 35 cm (14 in). The arm is capable of handling large payloads of up to 116,000 kg (256,000 lb) and was able to assist with docking the space shuttle. Officially known as the Space Station Remote Manipulator System (SSRMS), it is self-relocatable and can move end-over-end to reach many parts of the Space Station in an inchworm-like movement. In this movement, it is limited only by the number of Power Data Grapple Fixtures (PDGFs) on the station. PDGFs located around the station provide power, data and video to the arm through its Latching End Effectors (LEEs). The arm can also travel the entire length of the space station truss using the Mobile Base System.

Most of the time the arm operators see what they are doing by looking at the three Robotic Work Station (RWS) LCD screens. The MSS has two RWS units: one located in the Destiny module (US Lab module) and the other in the Cupola. Only one RWS controls the MSS at a time. The RWS has two sets of control joysticks: one Rotational Hand Controller (RHC) and one Translational Hand Controller (THC). In additional to this is the Display and Control Panel (DCP) and the Portable Computer System (PCS) laptop.

Note that no one involved with the SSRMS ever refers to it as the Canadarm.

12
Are there any humanoid robots on board the ISS?
2
How many robots have been at, in, or on the ISS?

12
Are there any humanoid robots on board the ISS?
22
What is the procedure if communication with the ISS is lost for an extended period?
12
How much of the International Space Station annual operating costs are due to human crew?
9
Will any of the COTS providers be able to perform expedited rendezvous with the ISS?
5
Why a humanoid robot and not a dedicated drone style one?
7
Is there a telescope on board the ISS?
11
What are the two orange tabs stuck on opposite edges of each window of the ISS cupola?