What module(s) on the ISS do the Soyuz dock to?

I've started to notice more and more as I study the ISS, that I can only ever find pictures of one Soyuz docked. Where is the other one?

Lets say their sending up a crew of 6 for an expedition.
A Soyuz craft can only carry 3 at a time (wiki), thus meaning another one has to launch later.
(Which is why theres always a period where only 3 of the 6 are on the station)

What modules do both the Soyuz dock to?

I also feel that I might be looking at this the wrong way. Please correct me if I'm wrong that both are docked at the same time?

Given the International Space Station's modular design, it appears spacecraft such as Soyuz and resupply freighters such as Progress can attach to many different modules.

This NASA diagram from 2008 shows Soyuz can be attached to four modules: 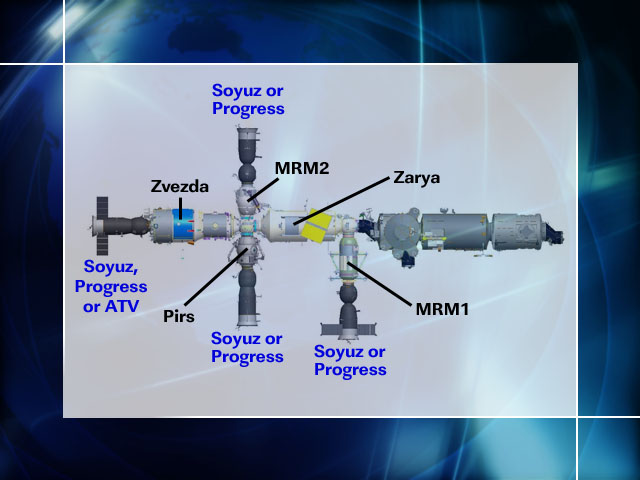 Here's a 2008 NASA photograph showing two Soyuz craft attached to the ISS. The angle makes it look like they might be attached to one of the US section modules, but in fact they are docked to Pirs and Rassvet. The caption reads: 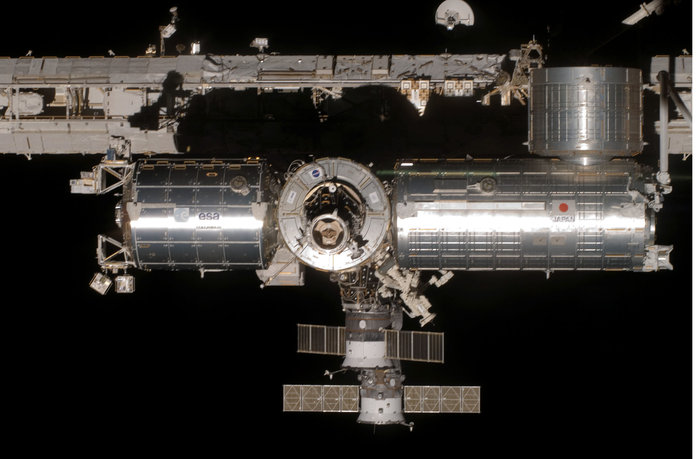 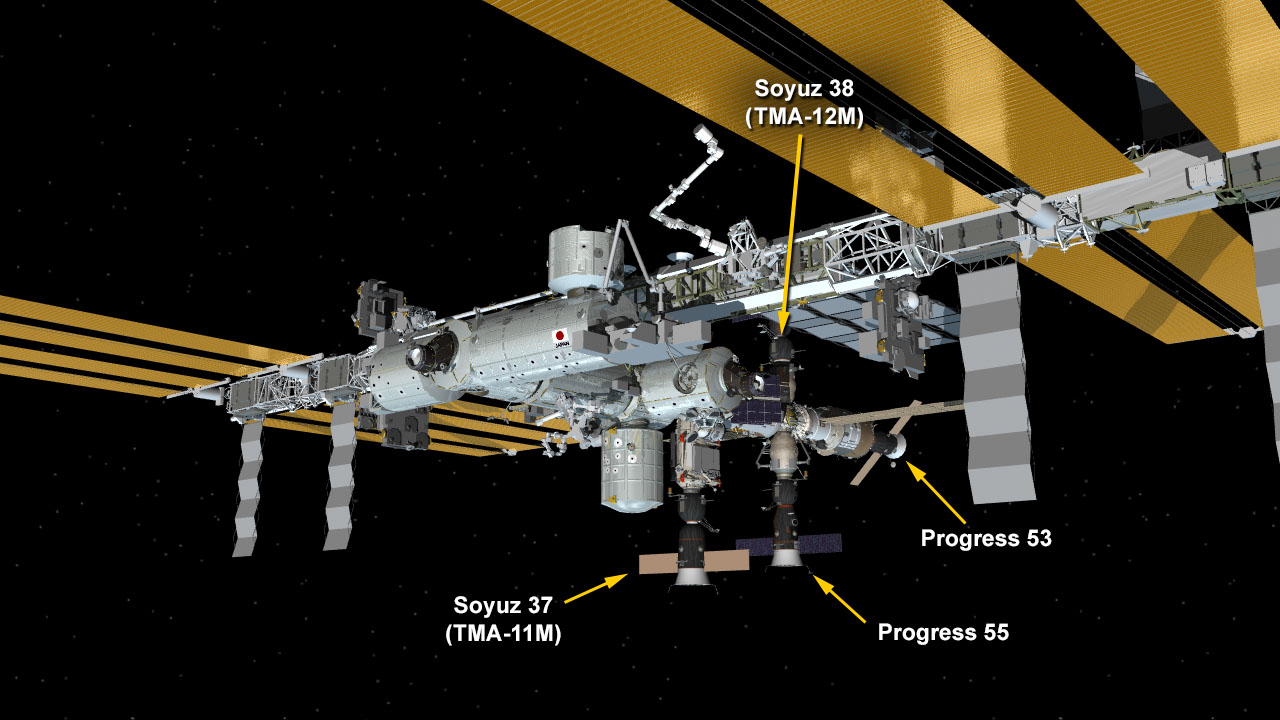 A good question and answer similar to this is the question:

Some details on the Russian and US segments future plans as well as current situation is available in that question.

32
Will the ISS need more docking ports?
32
Have any animals that have been studied onboard the ISS come back alive?
9
How much crew time is required for visiting craft, at the ISS?
10
If NASA's plan is to launch 4 astronauts to the ISS on CCtCAP vehicles, why design for 7?
17
Could the space shuttle be permanently left in orbit as a space station?
6
How many antennas does Kurs use in toto, and what are each of their functions?
32
Has the ISS ever not had a lifeboat?
5
Why will the Soyuz MS-17 be relocated on the ISS?
34
What led NASA et al. to decide the ISS should be a zero-g station when the massive negative health and quality of life impacts of zero-g were known?