Is this the current configuration of the ISS (ignoring visiting vehicles)? 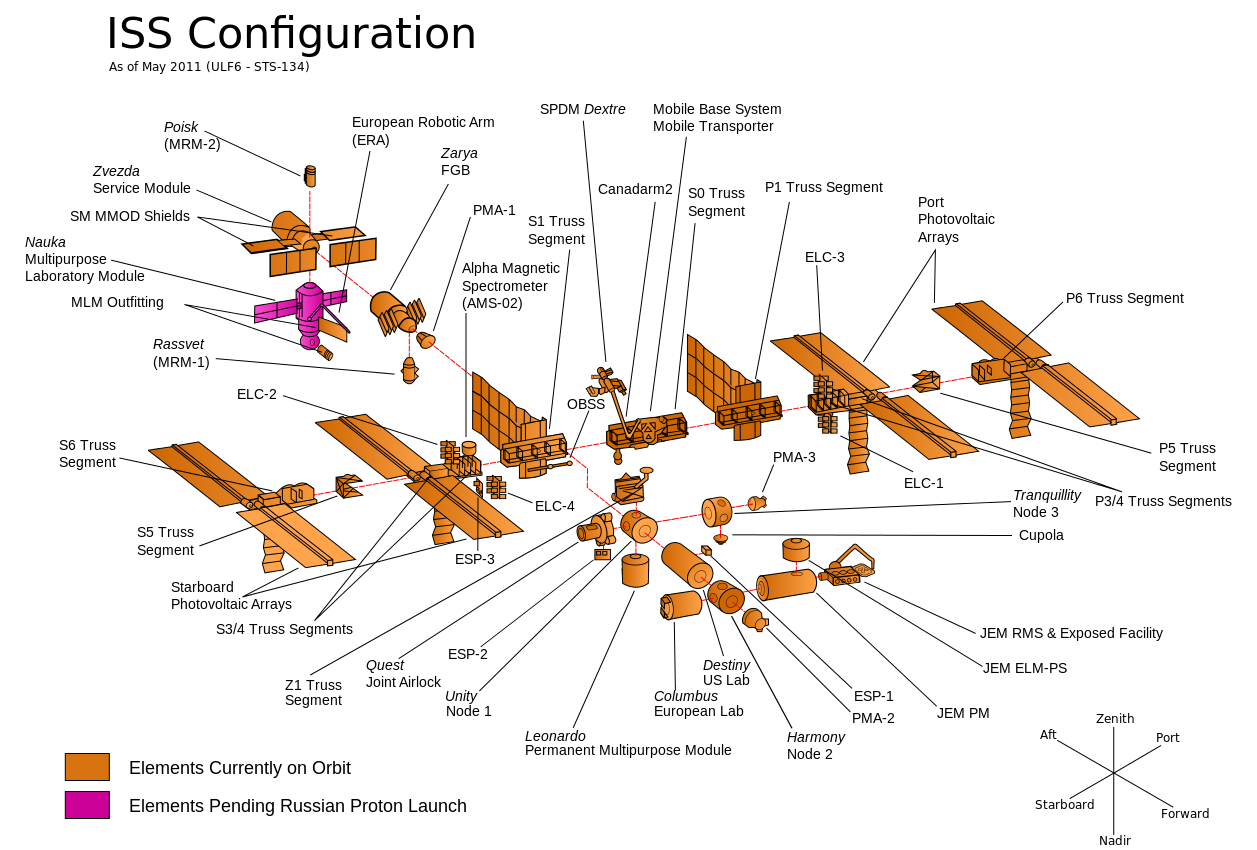 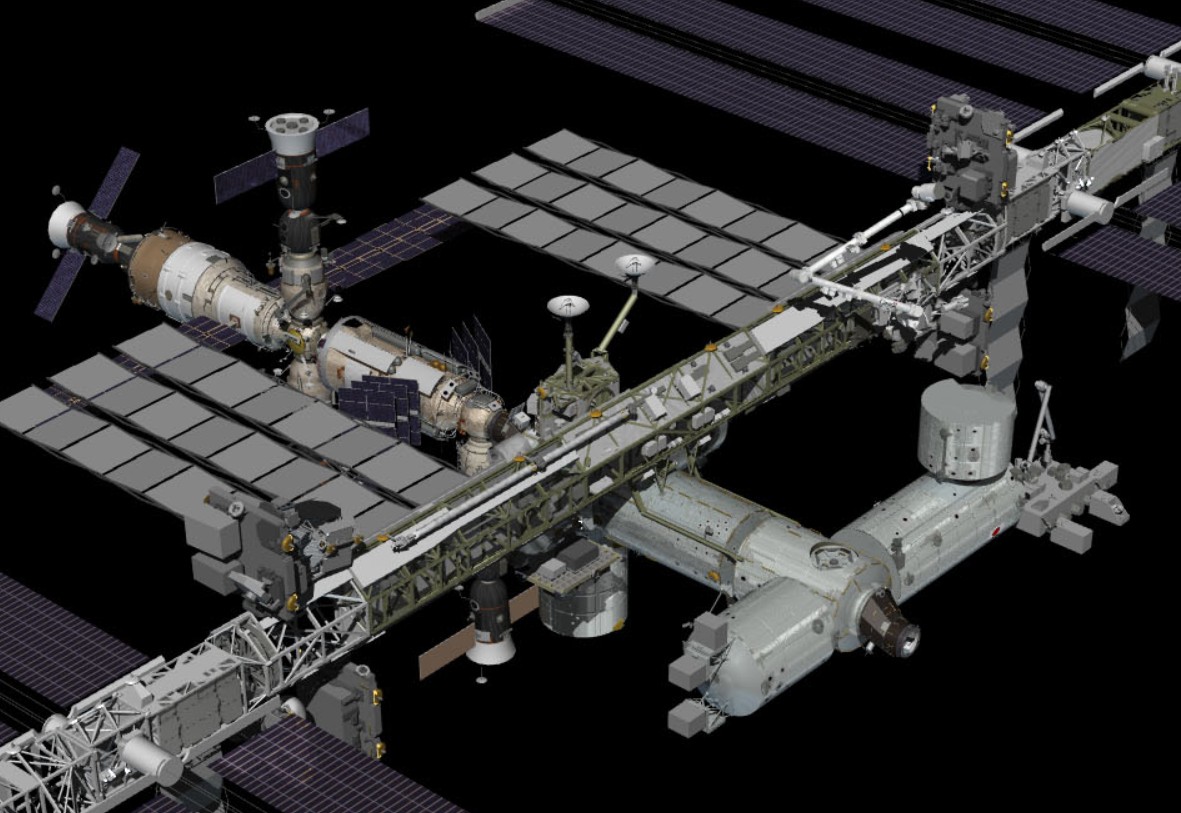 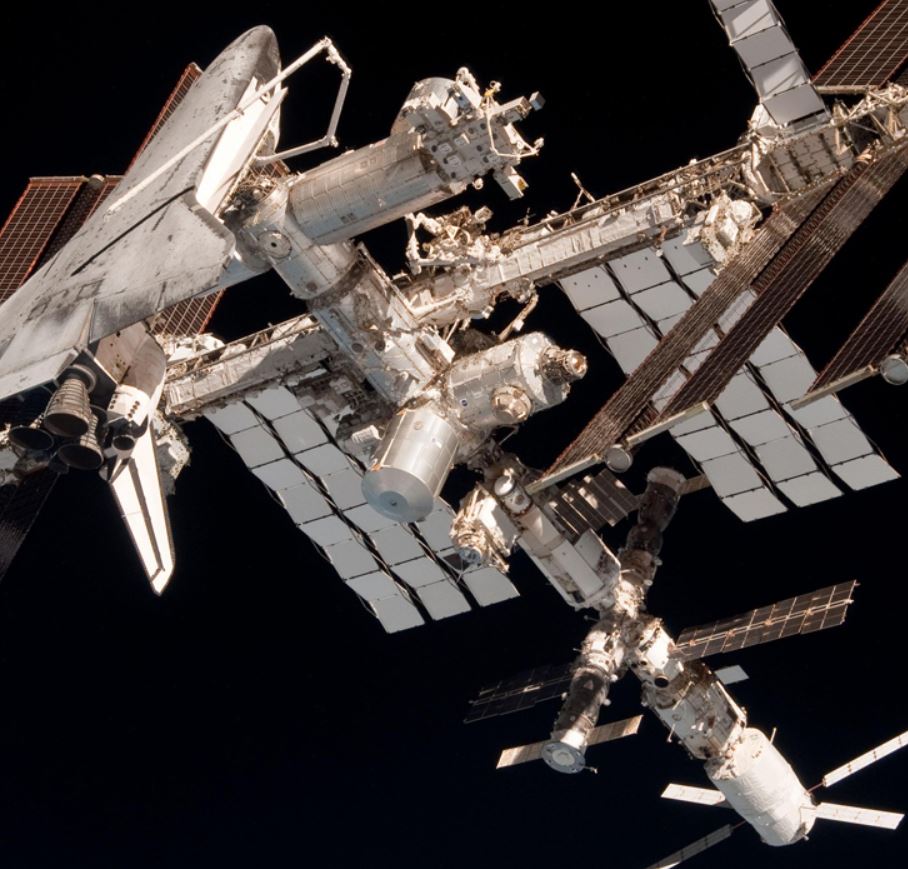 SpaceX CRS-7 and CRS-8 are supposed to bring up add ons for the PMA docking adapaters to convert them to NDS (NASA Docking System) standard. Another SpaceX CRS will bring up the Bigelow Experimental Module (BEAM) in 2016 or so to dock to Node 3 aft facing.

They will be moving some of the US modules around to free up the Node 1 nadir port as CBM/berthing backup for cargo as they will be moving PMA-3 to Node 2 zenith to server Commercial crew as a backup docking port.

You can see some good description and pictures in the answer to: Will the ISS need more docking ports?

The MPLM (now renamed PLM) that is docked to Node 1 nadir has to be moved to forward facing port on Node 3 so that the second CBM port can be available as a backup for crew, once the zenith Node 2 port is taken up the PMA for Commercial Crew.

Russians are all over the place on what they will actually deliver for real. Nauka, UM (Docking ball module), the rest, or take their toys and use them to start a new station. They fluctuate quite a bit on their planning.

In fact your image (as you called out) has Nauka docked on nadir port of Zvezda, with Pirs discarded already. But that has actually not yet happened. Pirs was supposed to be discarded in March 2015 last I heard, but that is on delay due to issues with Nauka.

6
What would be required for Orion to ferry astronauts to the ISS?
8
Who can now resupply the ISS?
26
How many times were there thirteen people inside the ISS? Is it hard on the station?
6
ROS is running on the Robonaut, but is the Robonaut running on the ISS (post 2015)?
5
What is the limiting factor for cargo throughput per launch to the ISS?
5
Does the ISS yaw in orbit? And if so, why?
4
What happened to 2 of the 3 radiators on P6 on the ISS?