How much of the Interplanetary Transport Network is currently known?

The Interplanetary Transport Network is a network of mathematically-defined paths through our solar system that would require little to no energy for a spacecraft to follow them, albeit at very low speeds. While these pathways would not be practical for manned spacecraft due to the low speeds they require, they have been proposed for use as transport pathways and trajectories for scientific missions.

I know that NASA has indeed used these pathways for a few of their missions, including the Genesis mission and the Solar and Heliospheric Observatory. The Chinese spacecraft Chang'e 2 also used this network on its voyage.

The question is somewhat odd. The "Interplanetary Transport Network" may be a misleading term. When probes are sent into deep space, most of them make use of flybys or gravity assist manoeuvres. Virtually every celestial body can therefore be used for increasing the speed of a probe or decreasing it. The "network" refers to series of such manoeuvres. In the end, it is a pure mathematical question of how many interesting sequences one can find between planets, moons and the sun. 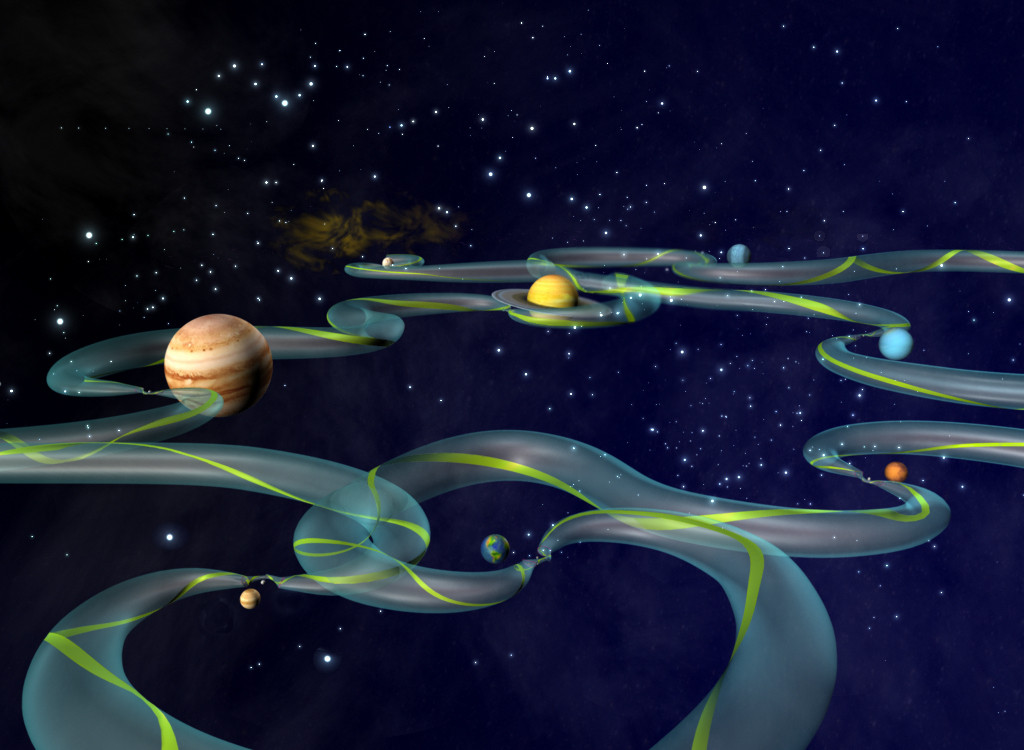 "This stylized depiction of the ITN is designed to show its (often convoluted) path through the Solar System. The green ribbon represents one path from among the many that are mathematically possible along the surface of the darker green bounding tube. Locations where the ribbon changes direction abruptly represent trajectory changes at Lagrange points, while constricted areas represent locations where objects linger in temporary orbit around a point before continuing on." Source: wiki/ITN

Not the answer you're looking for? Browse other questions tagged solar-system transport low-energy-transfer uncrewed-spaceflight or ask your own question.