How could I find a potentially habitable exoplanet in same direction as Kepler-186f?

I am working on a story where a spaceship is on a mission to colonize the exoplanet Kepler-186f. However, after hitting of small meteor, they need to find a closer candidate for the new colony. I want this to be a known, potentially-habitable exoplanet candidate. How can I find such a planet?

Here is a map of all known exoplanets 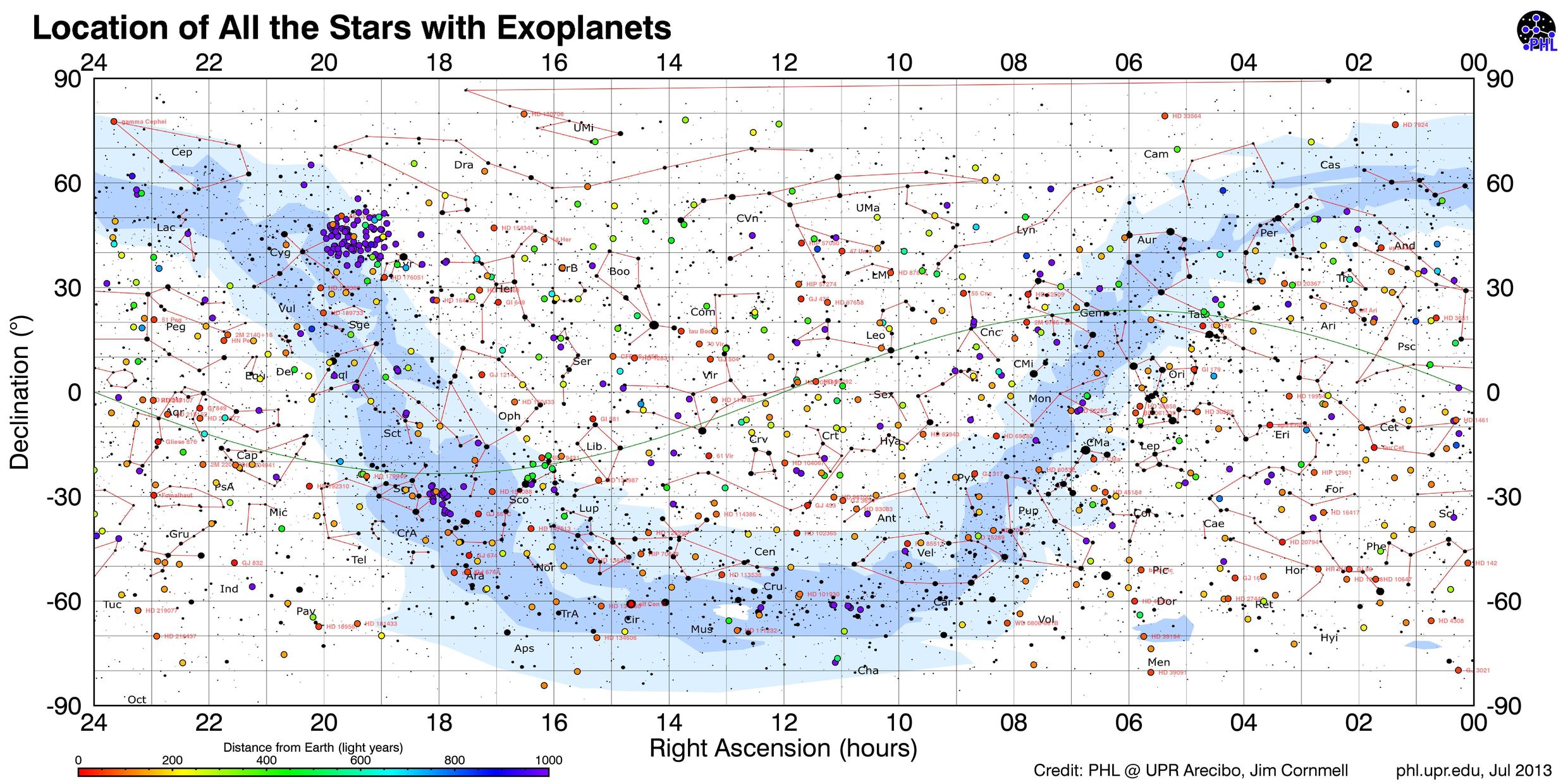 Damage due to a micro-meteor in interstellar space is extremely unlikely. Interstellar space is very empty compared to a solar system. Even passing through the asteroid belt in our solar system, hitting something is extremely unlikely. It can still happen of course, but you might want to include dialogue to that effect. And if you were struck by one, it must have breached the hull in order to do damage you need to be concerned about, right? In that case, it would also have had to do something extraordinarily unlikely if it damaged systems enough that the full journey can't be completed and an alternate needs to be found, but it didn't do enough damage to doom the mission entirely.

Over the time-scale of an interstellar journey, the locations of stars shift due to their orbit around the galactic core, and their dance around each other due to their mutual gravitational influence. This movement is chaotic, there is no way to predict it. For that reason, your ship would already have needed to have enough delta V to do quite a lot of course correction once it was close enough to Kepler 186 to establish what those corrections would be. In that case, it should be able to aim for another system clustered in the Kepler field of view.

Wikipedia has a list of all exoplanets discovered by Kepler, in a chart that includes distances. Most are farther away than Kepler 186. Many entries don't have the distance data - there are so many of them now, I guess people got tired of filling it all in.

Also consider that the planets detectable by current methods are only a small portion of all the planets there are. Kepler uses the transit of planets in front of their stars to detect them. If a star system is tilted even a little from our point of view this technique doesn't work. Another successful method is to measure the changes over time in the Doppler shift of a star's light as it wobbles due to the gravitational effect of its planets. This also doesn't work if the star system is close to perpendicular to us from our point of view, and can't find rocky planets like Earth farther away than about 160 light years because of the limits of instrument sensitivity. There are most certainly many other planets on the way to Kepler 186 that we don't know about.

I think the premise is flawed to be honest. If your spacecraft took damage such that it couldn't make it to kepler-186 it probably isn't going to make it anywhere else either. What makes more sense is that something breaks, for instance a problem develops in the biological support systems or a vital mechanical system starts to slowly degrade. Another possibility is that once they get closer to kepler-186 they realize that there are no habitable planets there after all, and need to go elsewhere.

In this case the mission would benefit from: - Being much closer to the planets in the area: a large telescope (presumably being part of the spacecraft) would be able to see things in much better detail and find suitable planets that would not be visible from earth - Having a different angle of view: Once the spacecraft moves away from the earth it will be viewing things from a different plane, this may bring object into view which are not visible from the earth

So perhaps your explorers see a planet that was from a star hidden by a dust cloud or nebula, or maybe they see a planet that rotates on a plane you couldn't see from earth, or simply could not see until approaching more closely.

Not the answer you're looking for? Browse other questions tagged interstellar-travel exoplanet or ask your own question.

7
How quickly could a craft find its location using only pulsars?
3
Estimating thrust and kg fuel for a generation ship's journey to Alpha Centauri
18
How serious is the problem of interstellar dust for interstellar space travel?