Are rocket exhaust flames ever opaque?

The flame exiting the space shuttle main engine is obviously transparent. But, you can't see objects through either the Saturn V booster flame or that of the space shuttle solid rocket boosters. Is it that they are actually just as transparent as the hydrogen-fueled flame of the shuttle main engines, but emitting so brightly in visible wavelengths that transmitted light is just too dim by comparison, or is there actually material in the exhaust of a type and at sufficient density to obscure any transmitted light?

The reason for the transparency of the Space Shuttle Main Engine's flame is the fuel it's burning.

SSMEs burn liquid hydrogen and liquid oxygen, and when hydrogen and oxygen burn the flame is nearly invisible to the human eye. i.e. it's hardly emitting any visible light, the gases themselves are colorless, and the product of the reaction, H2O (water vapor), is also invisible. 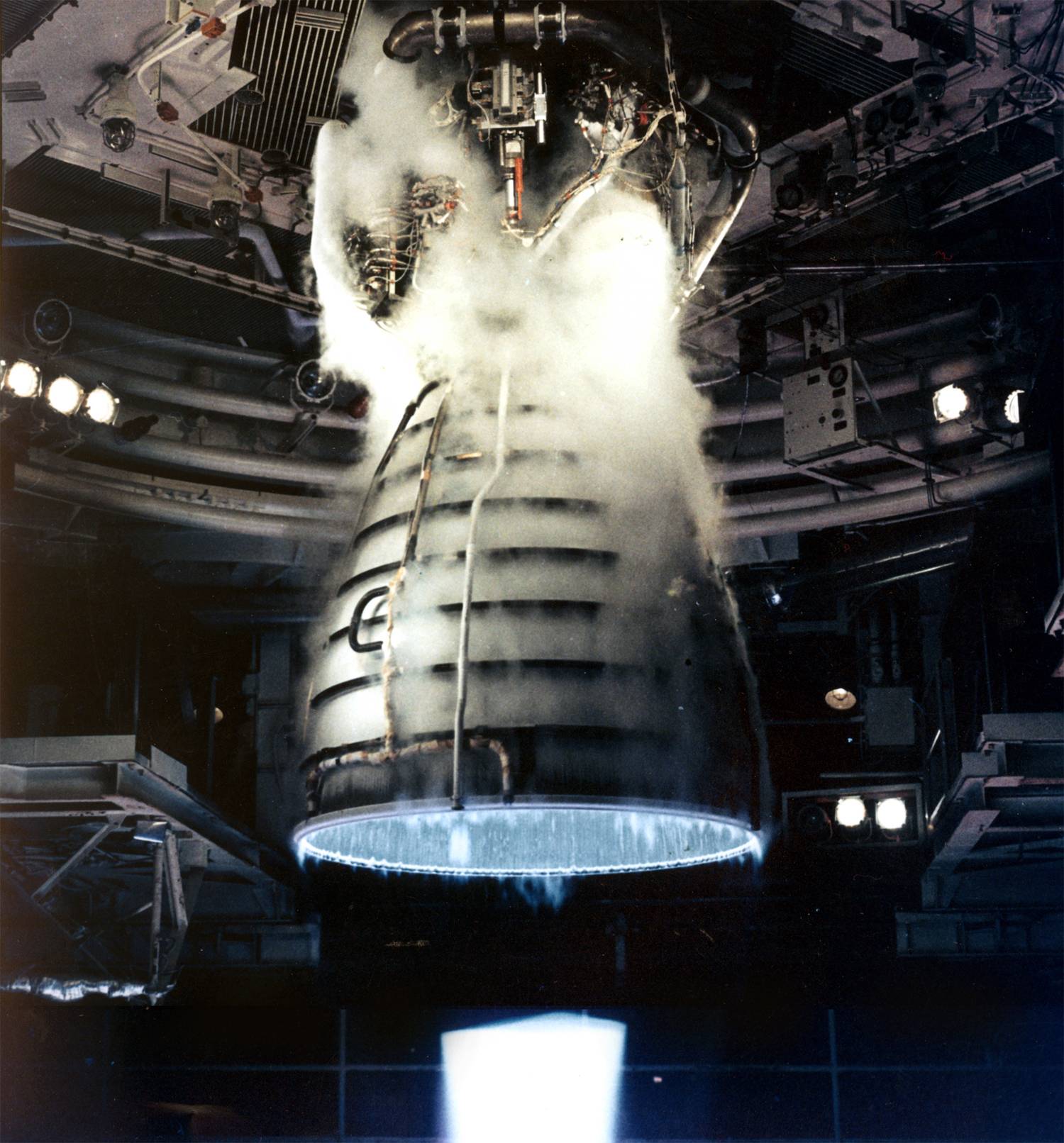 Another good example of this kind of “invisible” flame is the combustion of hydrazine with tetroxide, à la SpaceX SuperDraco engines (pictured). 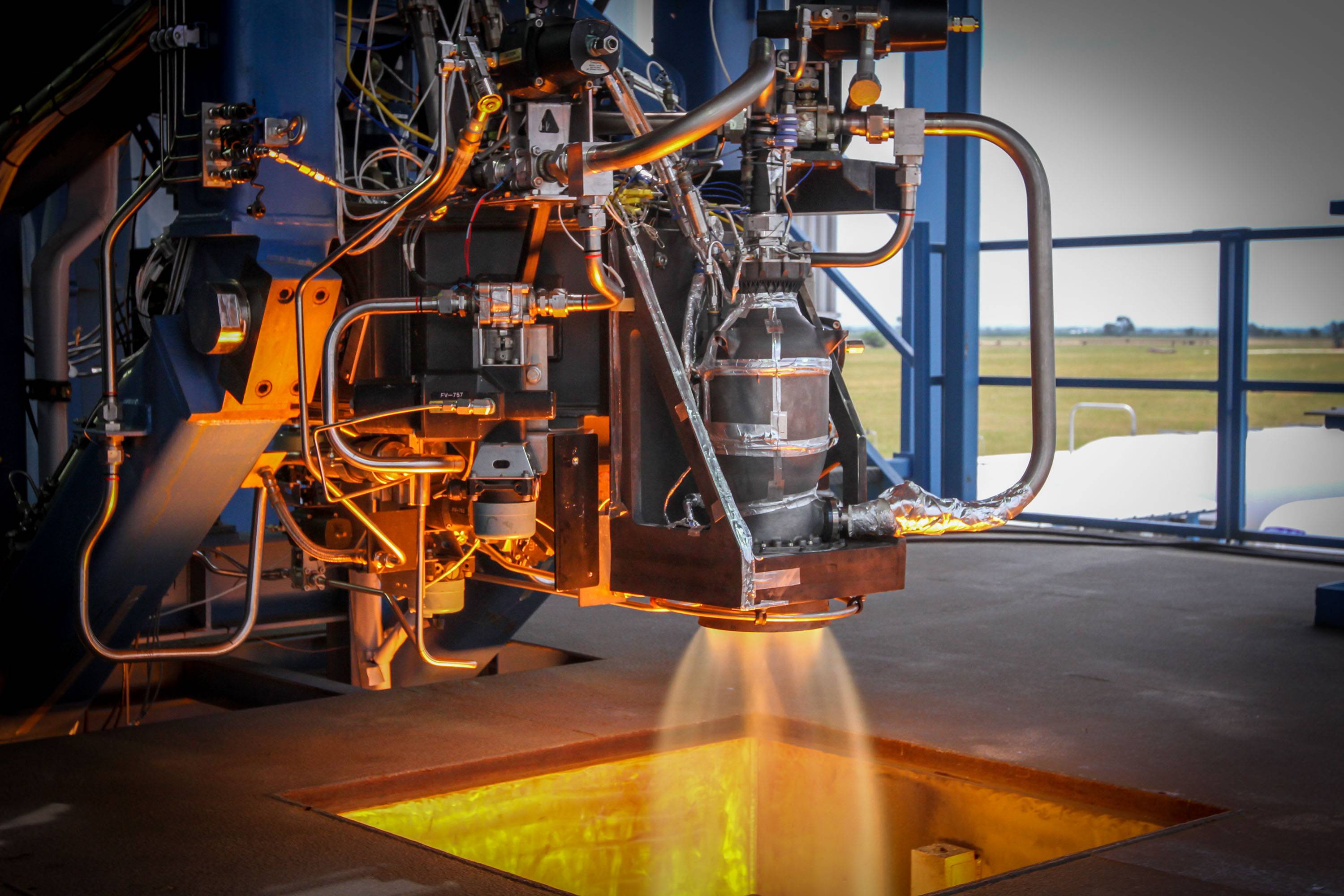 Both of your other two examples, the Saturn V first stage and the space shuttle solid boosters used much dirtier fuels.

The RP-1 that the F-1 engines on the Saturn V first stage used is a highly refined form of kerosene that burns with a very bright flame. Just like almost every engine, the F-1s didn't completely burn all their fuel before ejecting it as exhaust, add to that minute imbalances in the fuel/oxygen mix and the result is the long plume of flame that is both partially opaque from the fuel and soot from the engines, and emitting millions of Lumens of light. 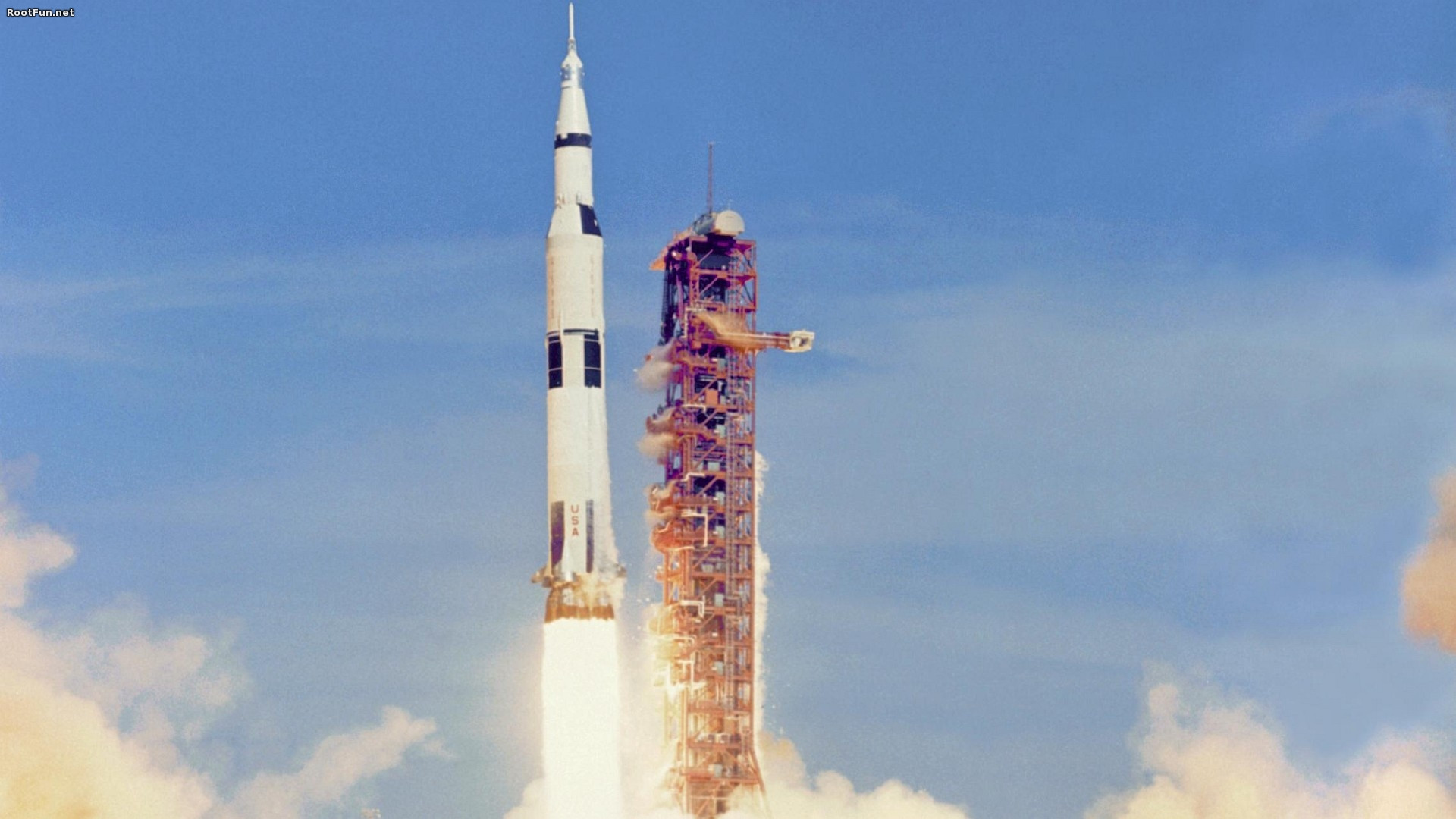 The space shuttle solid rocket boosters burned aluminium with an oxidizer (ammonium perchlorate), along with a whole bunch of other compounds included in the propellant. What sets the solid booster exhaust apart from our other two examples is the amount of particulates it contained. It was basically chucking tons of powdered aluminium oxide (a bright white compound) into the air, thus the exhaust was completely opaque. 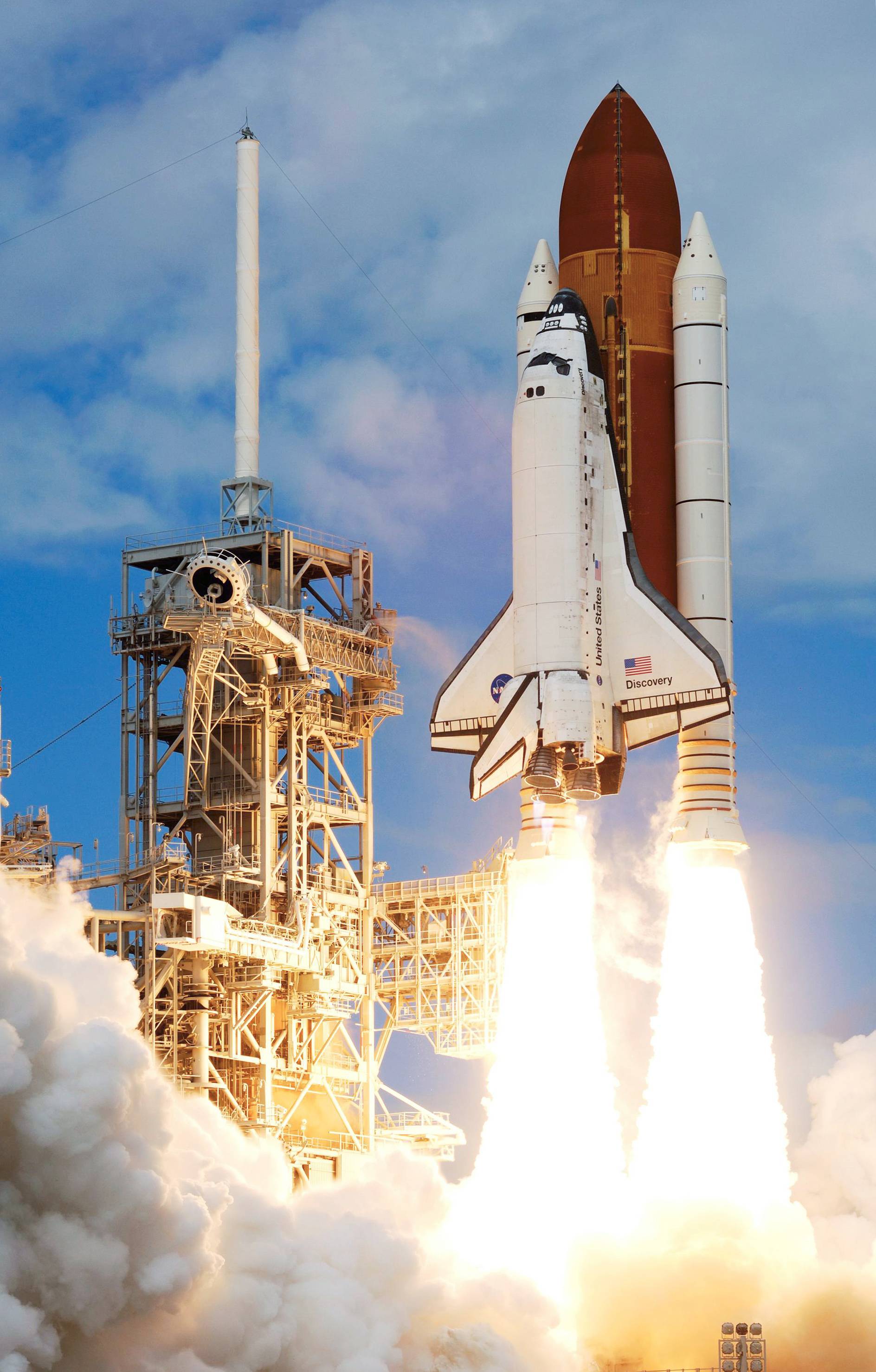 Flames are complicated and interesting.

If the flame is in air, those can continue to combust and stay hot and glow. In a vacuum, the un-combusted material cools quickly and there is no more thermal glow. That's why the LOX/Kerosene engines make bright flames near sea level, but you don't see much of anything once they are above most of the atmosphere.

BUT: Bright is not the same as Opaque!

Transparency for a wide band of visible light (our eyes and our cameras) is not really reduced much by the atomic and molecular emission! It may be so bright that it's hard to notice the transmitted light, but that's not the same as opacity. Materials or regions of gas can be glowing AND nearly transparent at the same time!

Think about bioluminescent algae in water, or red-hot glass during glass blowing, or even Cherenkov radiation in water! 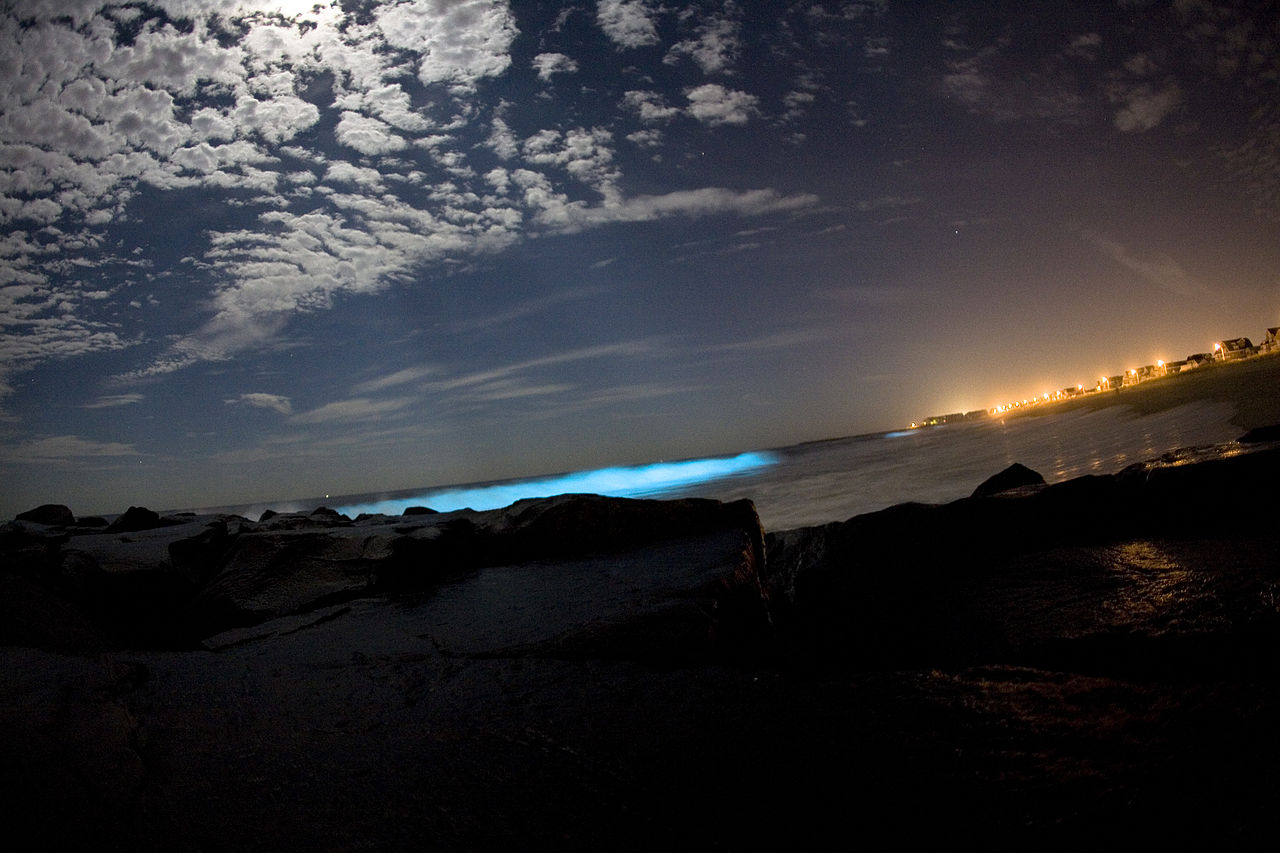 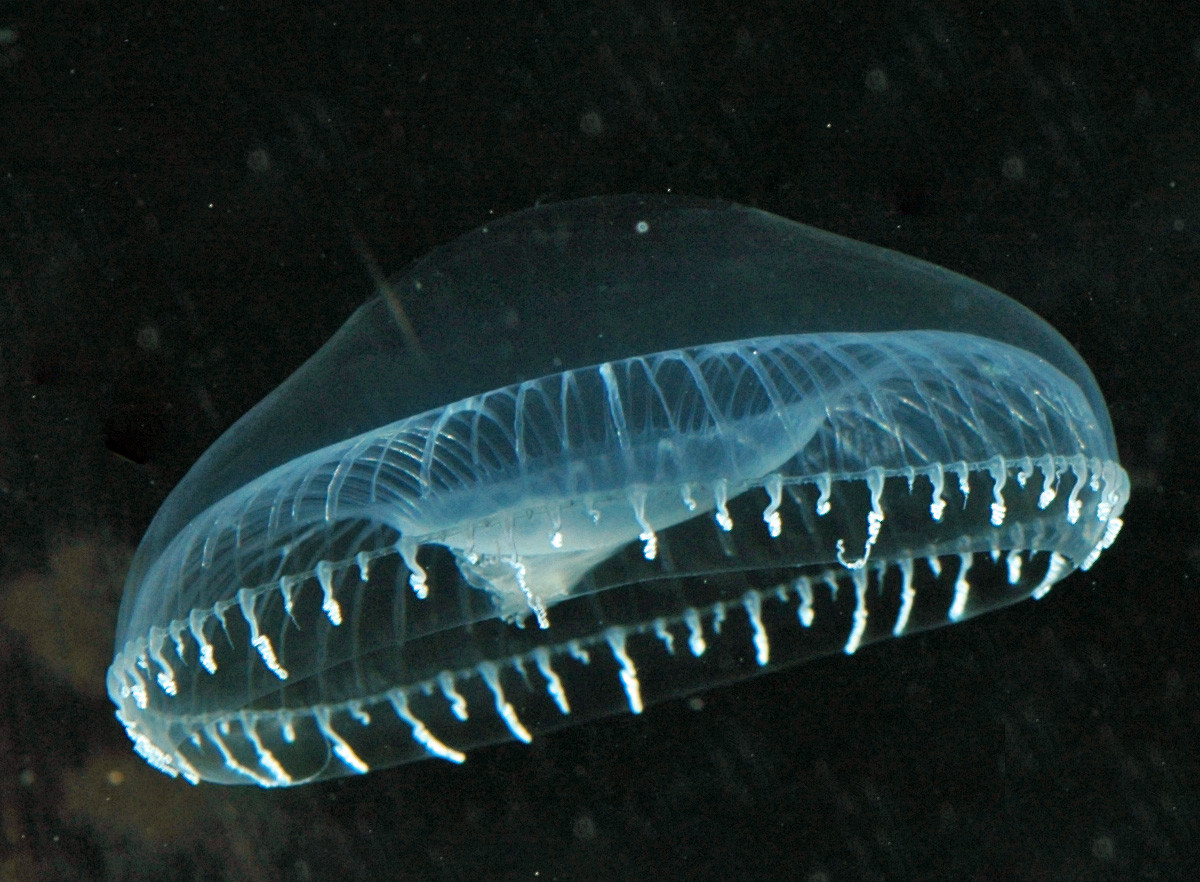 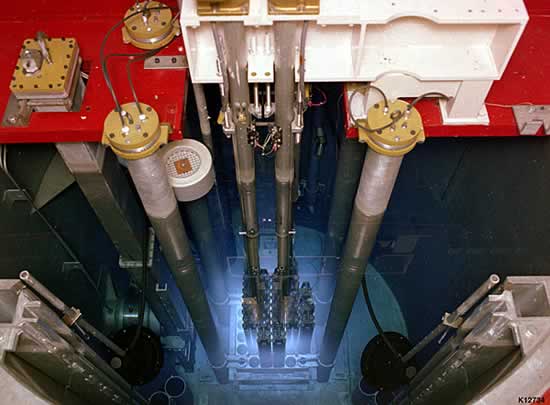 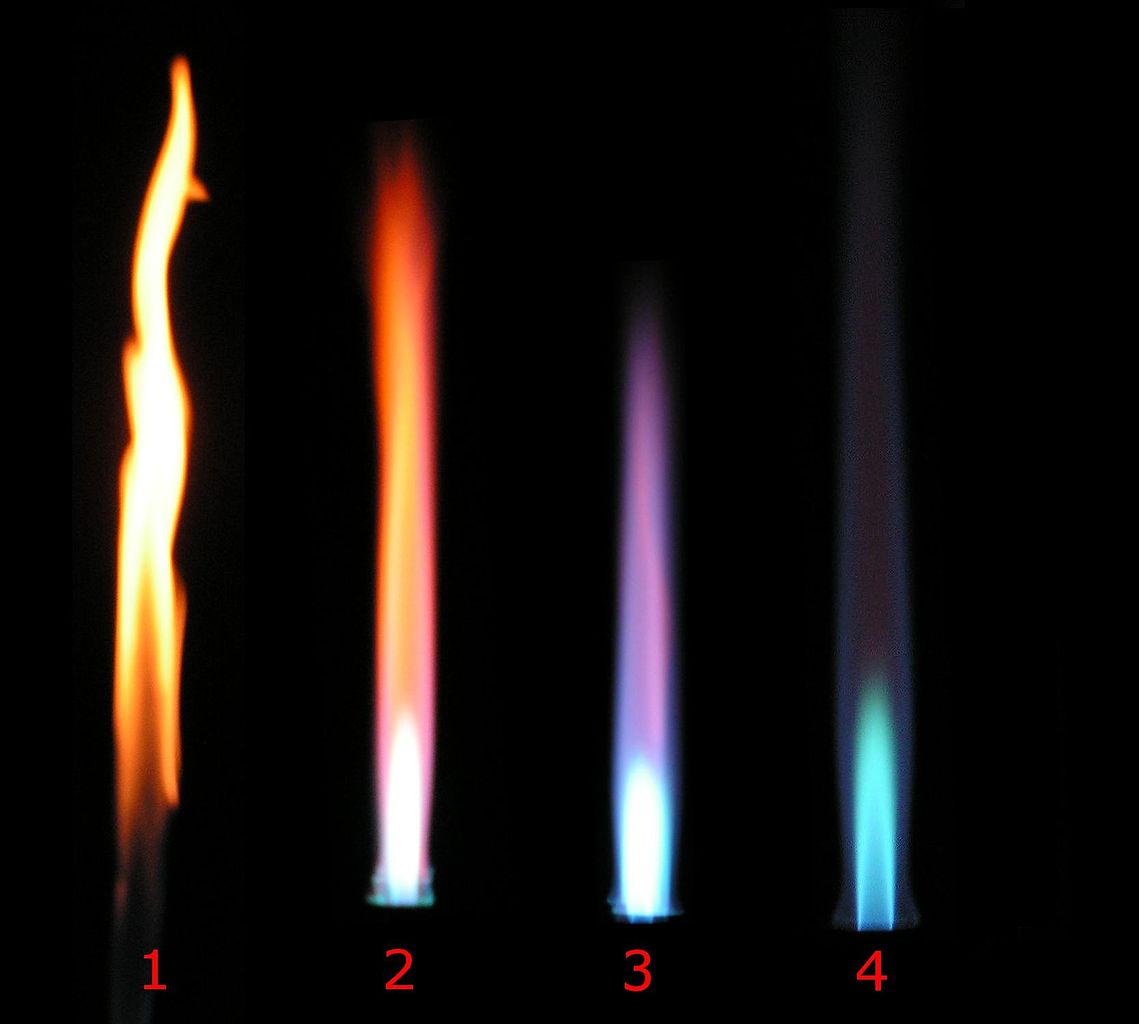 33
Why do the exhaust flames from cryogenic stage engines appear to be separated from the nozzle?
16
Were the Space Shuttle's Main Engines ever off while the Solid Rocket Boosters were firing?
18
Why is the flame of the Falcon 9's 2nd stage (nearly) invisible?
8
Why is the ring of exhaust gas immediately below the F1 nozzle so dark?
0
How does the camera make the exhaust of the Electron's RP-1/LOX exhaust transparent?

10
What is the cause of the blue light from LH2/LOX rocket engines?
4
Does the luminous blue shockwave from the RS-25 engine appear to be rectangular?
4
What is the 'Summerfield criterion' regarding rocket exhaust expansion
16
Were the Space Shuttle's Main Engines ever off while the Solid Rocket Boosters were firing?
10
How do rocket propellant combinations rank in terms of “brightness”?
3
Orbital ATK’s Cygnus 2nd stage exhaust plume
3
Temperature and pressure of rocket exhaust
9
Is it possible to create different colors in rocket exhaust?