Could the ISS pressurized elements withstand a full depressurization?

In case of necessity -- for example in case of fire or contamination -- is it possible for any pressurized element of the ISS to be exposed to vacuum?

If all compartments and airlocks were to be depressurized, I assume it would be possible for astronauts to take refuge in the Soyuz until the station is pressurized again.

Is this something that is feasible without damages to the elements? if so:

"Much of the equipment necessary for maintaining ISS on-orbit, in the SM, is air-cooled and/or not vacuum-compatible, and will therefore eventually fail after a depressurization"
(source: SpaceViews, 2000 - Citing Nasa ISS Safety Noncompliance Report)

Related information, but not duplicate questions:

'What could go wrong' questions are hard to answer, but I would like to attempt it.
The reason the depressuarization happened is important. If it was planned, they would likely focus on pressurizing it quietly, minimizing risk.
If it was an accident, the worst case scenario is evacuation. Then it would take months getting things back to normal if the problem can not be fixed remotely, and repairing must wait for a new crew of cosmonauts

Machines do not need air, but they need cooling. For instance the Elektron units of the Russian segment, a major component of the oxygen regenerating system, are known to be prone to overheating. A lot of systems must be shut down to avoid that. But electronics may also suffer due to too low temperatures, and must if not kept at room temperature by the air be kept warm with heaters. (The Chinese lunar rover finally failed due to the extremely cold temperatures during the lunar night.)
To protect everything from overheating or freezing is thus a careful balance of shutting down, cooling and warming.
The major components of the ISS are not air cooled. instead, they are cooled by pipes containing coolant. A depressuarization may not affect those pipelines, but again, that really depends on what happened to the station. Leaks draining the pipes will render them useless.
Vacuum is also a good insulator, thus heat is likely to travel through the walls instead of radiating. That may in turn cause unpredictable cold and hot spots. See for instance this launch failure due to unexpecteed freezing of propellant.
A lot of smaller electric and electronic equipment is entirely dependent on air cooling (laptops, portable monitors). The best way of protecting them is simply turning them off. Even if not, like during an emergency, they are lightweight and easy to replace on the next resupply mission.

The next big issue is air. According to this, the air system is capable of replacing the air. But because of the risk of leaks, the station would likely be slowly re-pressurized to detect them. Because even small leaks are a huge problem, they would need to monitor the station for quite a long time at a low pressure. So a re-pressurization would likely take a couple of days. If the station happens to be without air for more than a brief period of time, on-board experiments, especially living, might suffer. If the accident in addition to puncture the station also involves a shock or explosion, experiments not relying on air but otherwise sensitive, like crystal growth, are vulnerable too. 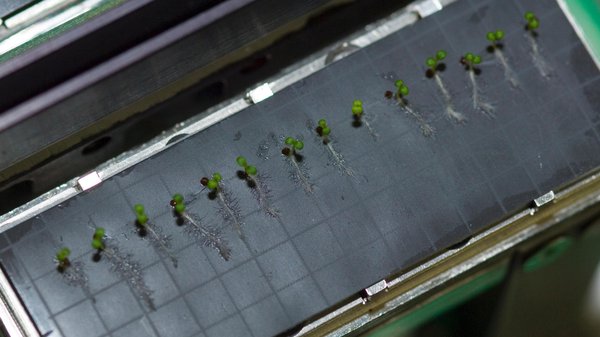 There might be a lot of parts not vacuum compatible, but it is difficult to find such data for all the systems. I assume equipment are placed in pressurized compartments because of that, otherwise, these areas would be used for habitation instead.

Not the answer you're looking for? Browse other questions tagged iss life-support construction or ask your own question.

31
Do things get dirty in space?
38
Are there any safety procedures in place on the ISS in case of puncture?
9
What would happened if the ISS was depressurized while astronauts were sheltering?

9
How much crew time is required for visiting craft, at the ISS?
55
Why is the breathing atmosphere of the ISS a standard atmosphere (at 1 atm containing nitrogen)?
12
Space Station Battle: Could the Almaz gun depressurize the ISS?
36
Why does there appear to be a 180-degree stereo microphone array outside the ISS?
13
Do ISS astronauts occasionally let the sunshine in for a natural light “fix”?
31
Has the ISS ever not had a lifeboat?
3
ISS: Airlocks between pressurized modules?
10
If there's a hole in Zvezda module, why didn't all the air onboard immediately escape into space?