How will Dragon v2's solar panels be protected during launch on top of Falcon 9?

When Elon Musk unveiled Dragon v2 last year, we got our first truly good look at what SpaceX's crew vehicle is like. Apart from the ability to propulsively land, one of the big changes was the lack of extendable solar panels on the vehicle, rather they're now wrapped radially around the trunk. As seen here: 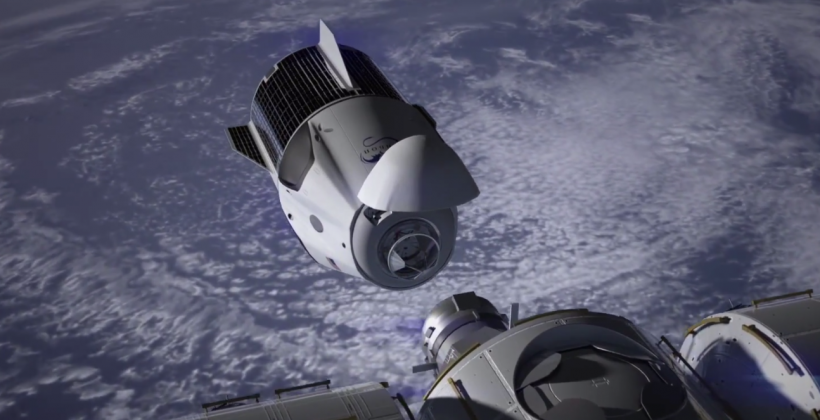 I can only assume this is for reliability reasons and to eliminate more moving components. Something I've wondered however, is how will the solar panels be encapsulated for protection against the aerodynamic forces that occur during launch? They're even present on the fins of the trunk, which are aerodynamic surfaces themselves (!), designed to keep the capsule oriented correctly in an abort scenario.

For a second, take a look at Dragon, both in orbit, and attached to Falcon 9. The latter is significantly more aerodynamic than how it looks in space.

The first two are easily solved. For #1, I can only assume the Draco thrusters will be similarly covered up, and the SuperDracos are at an angle where they shouldn't need covering. And for the nose cone, that stays attached to Dragon and is reusable.

My question is, how will the solar panels on the Dragon v2 be protected from the elements that occur during launch? Some kind of tempered glass, fairing to be jettisoned? Or will the be left exposed?

Most likely answer is designed to be sufficiently robust to survive the ascent environment.

I was going to say that the cover on the Dragon V1's solar panels do not appear to be covers as such, more like the back of the panels themselves, but then as I recall the various video feeds of the solar array deploy, the covers are no where to be seen.

Proton, launching certain manned space payloads, could not fit a fairing around it. They instead encapsulated parts of the vehicle for launch, with a top fairing, bottom fairing, but no middle fairing.

On Dragon v1, the solar panels are folded up (there are 4 panels on each side) and protrude outside the rocket body. The fairing improves the aerodynamics and reduces the (drag) load on the panels (and the hardware that attaches them to each other).

On Dragon v2, there are no hinges. The panels are attached to the trunk. This means there's no aerodynamic loading, just some friction heating during the first minute of the launch.

Solar cells in space are rarely left completely exposed. There is usually some kind of coating or cover glass to protect the cells from damage by UV radiation and atomic oxygen. Potentially, SpaceX can just make that coating or cover glass sturdy enough to deal with aero loads and heating during ascent, which are significant but aren't too severe.

Not the answer you're looking for? Browse other questions tagged spacex falcon-9 dragon solar-power or ask your own question.

8
How are solar panels protected from the Sun?
13
Why is Dragon the only spacecraft that is currently in use to not need a fairing for launch?
11
How much of SpaceX's Falcon 9 launch vehicle and Dragon capsule are 3D printed?
3
Will the Planetary Society's LightSail spacecraft's solar panels be articulated during each orbit?
4
What are these cartridges with holes on the Dragon trunk?
2
Dragon Launch Escape: Attitude Control?