What's the typical temperature of a satellite orbiting the Earth?

Does this mean the thermal control systems of a typical satellite can't radiate away enough heat to keep the propellant storage cool enough to prevent boil-off? What's the typical temperature of a satellite orbiting the Earth, and why can't it be kept low enough to use cryogenic propellants?

Overall temperature of a satellite around Earth is more or less the same than on the ground due to heat from the Sun and heat from systems.

Cryogenic propellants must be stored at very low temperature, or they evaporate. This is not effective for a satellite which must stay in orbit for years (unless the satellite orbits Saturn where the equilibrium temperature starts to be very low, and below boiling points).

They must be kept in heavy tanks to avoid deformation caused by gas pressure.

Storable propellants are more easy to use, and are robust in case the cooling system is temporary ineffective.

The closer the spacecraft to the Sun, the hotter it may become. 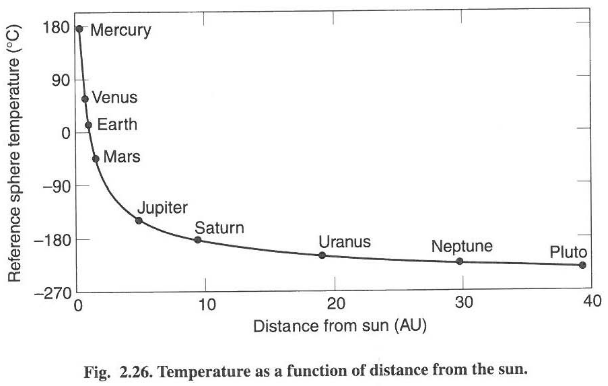 Off the protection of the atmosphere, this will really be a problem, the spacecraft must radiate the heat received, in addition of radiating any heat produced by the equipments on-board.

Temperature inside a spacecraft is the result of two opposite effects: 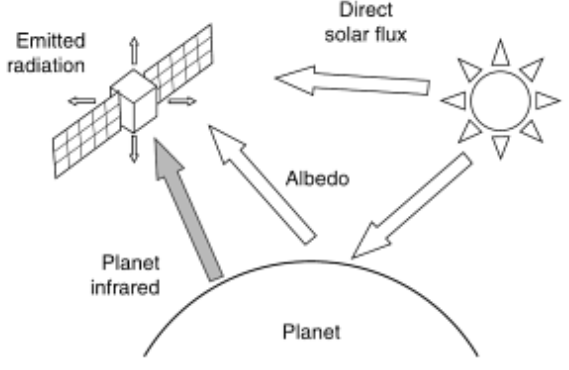 (Source: Spacecraft Thermal Control). Note that energy received from orbited planet will vary with altitude (e.g. GEO vs LEO), this can be ignored here for simplification. Effects like Sun eclipse and satellite spin will increase complexity for the regulation, but will be ignored too here.

The result depends on how much heat is captured, or produced, and how efficient is the heat extraction (by conduction) and heat rejection. This resulting temperature must be in the range required by the systems aboard: e.g. sensors, solar arrays and communication equipment. Actually different areas of the spacecraft may have different temperatures.

Whatever this temperature is, it must be regulated.

LH2 has a boiling temperature of -183°C, this is indeed a cryogenic fuel. Hydrazine (UDMH) boils only at 63°C. It is storable at Earth temperature.

In addition the propellant may need to be oxidized to produce energy. There are two types of oxidization: either spontaneous -- hypergolic -- like for UDMH with N2O4 or requiring an igniter like for LH2 with LO2.

The propellant in the end is ejected thru the thrusters.

There are two types of thruster feeding: tank pressure and pumps. 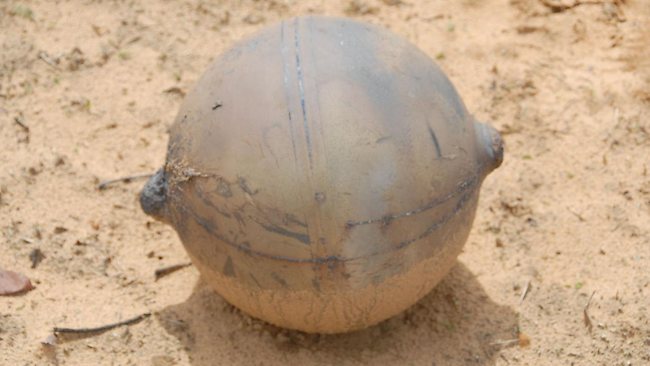 Designers will usually choose a mean of propulsion which is storable and hypergolic and can work without pumps. Taking into account that the propellant must be efficient (specific impulse) some combinations are often encountered on satellites:

Not the answer you're looking for? Browse other questions tagged temperature or ask your own question.

53
Why is gold used in space technology to protect from heat radiation?
28
How is heat dissipated from a satellite or any metal in space?
11
What was the average temperature of space near the Spitzer Satellite Telescope?
4
Why doesn't the Tesla Roadster's windscreen crack or break in space?
2
ULA's plan for LH2/LOX 2nd stage that can maintain propellant for an extended period of time?
3
Why would it be "less bad" for hydroxylammonium nitrate monopropellant to freeze than for hydrazine?
1
Thermal control
1
State of Starman?