Soon after the Philae landing on the comet Churyumov - Gerasimenko, there were news that it detected organic molecules on the surface. Does anybody know which ones? Were they the basic ones, like CO, that are so common in the universe? If so, of what interest is it to mankind? 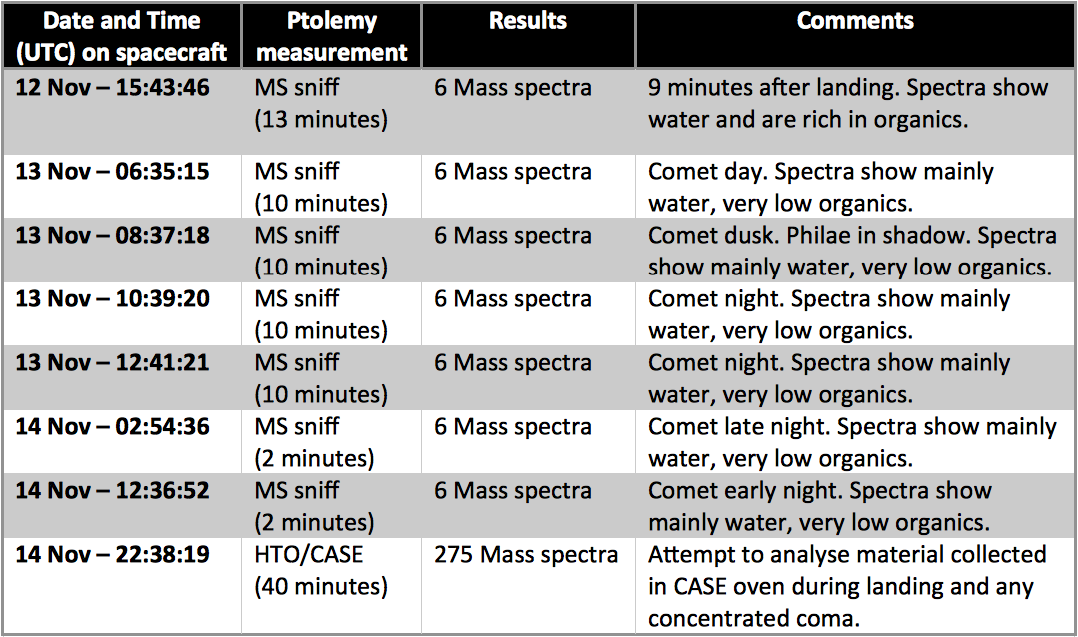 An organic compound is any member of a large class of gaseous, liquid, or solid chemical compounds whose molecules contain carbon.

Exact composition of Ptolemy detected organic molecules has not yet been announced, and according to some recent explanations such as during the 2014 AGU Fall Meeting Rosetta Comet Science Results, the team is still working on identifying precisely which molecules were detected. That on its own means there's a good chance that all this excitement surrounding Ptolemy findings isn't merely about simple carbon compounds such as carbon oxides, and perhaps even less likely because Rosetta's VIRTIS instrument already detected presence of carbon dioxide in comet's coma before the Philae lander even departed it: 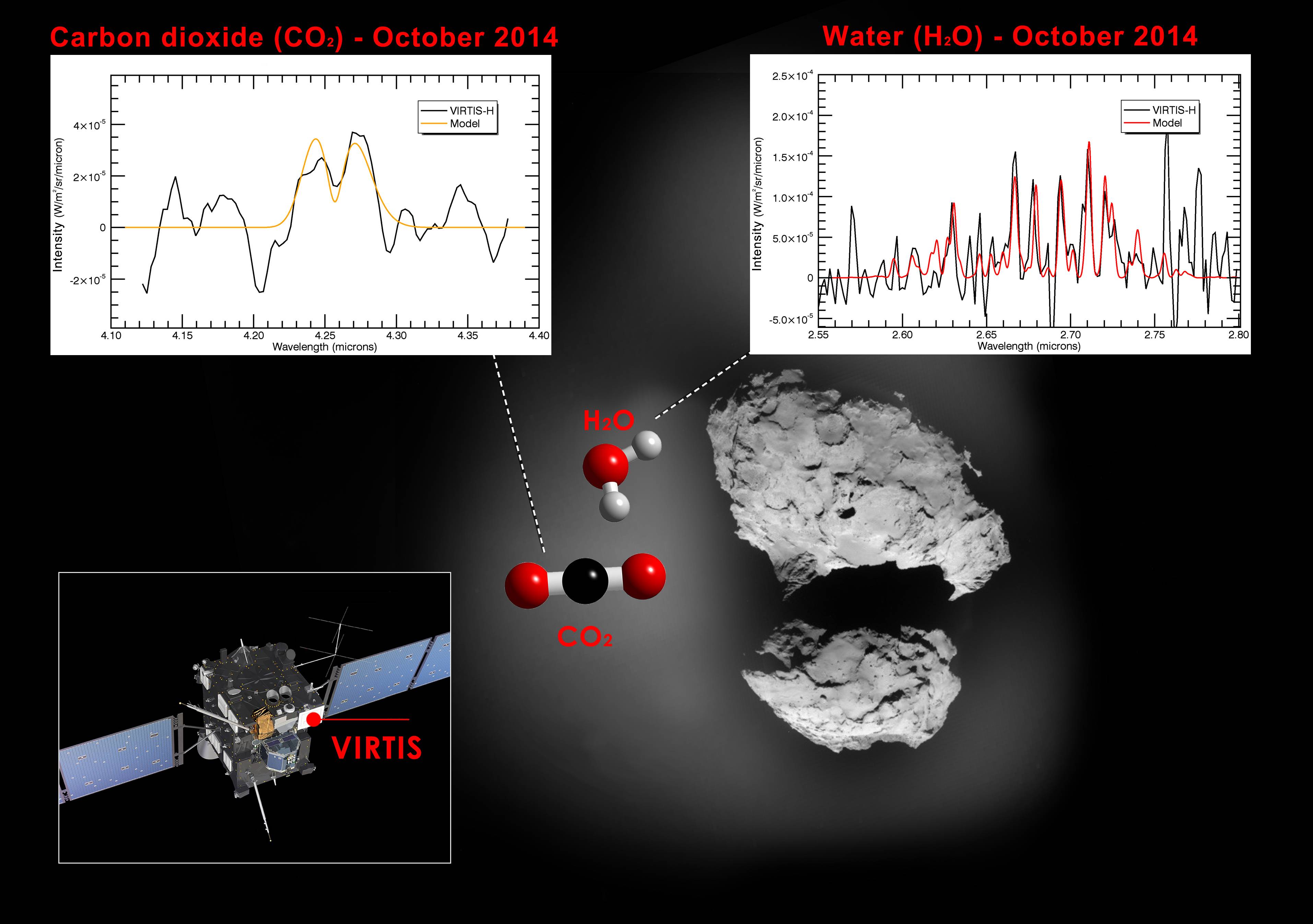 Not the answer you're looking for? Browse other questions tagged rosetta philae or ask your own question.

8
What is meant by 'Organics' when discussing space exploration?

15
Will Rosetta have to adjust its orbit around Chury due to the comet's coma and tails?
15
Why is Philae not provided with a propulsion system?
9
If Philae lander had bounced off the comet and become uncontrollable, could we still have seen some of the descent photos?
17
How long can Philae stay “alive”?
8
What was known about 67P/C-G's mass before the arrival of Rosetta?
2
Why did Rosetta travel 6.5 billion km to reach a comet that was only 510 million km from Earth?
7
Could an upcoming comet lander be designed to cope with a greater variety of terrain types, compared to Philae?
8
If there was DNA in the “organics” of a comet could we tell?
3
Why is Rosetta not going to hover or descend multiple times before crashing into 67P/Churyumov–Gerasimenko?
14
Where on Comet 67P is the Philae lander?