What sort of analysis was performed before "modern" computing and the invention of finite element analysis and computational fluid dynamics?

I am not sure if this question is appropriate for this SE - Ideally this should be posted in Engineering SE but as far as I'm aware it does not exist! (I can only assume that the scope of engineering is far too broad for one sub-domain.)

In the 1960s and 70s computers such as the CDC-6600, and its successor the CRAY-1, were considered the pinnacle of computing power. Now, in my understanding of computers and FEA/CFD etc., the power of these computers (60-80MHz-ish) would be nowhere near powerful enough to perform FEA/CFD calculations within realistic time frames and to a reasonable degree of accuracy.

So what tools did NASA, and other entities with similar requirements (be it in construction, automotive, aerospace industries), use to perform their stress analysis, aerodynamics, engine fluid flows, pressures etc. before constructing and indeed launching their vehicles (, implementing their designs in general)?

As an engineer I can appreciate the importance of these steps in a design process so I'm truly stumped.

As an engineer who has used slide rules, logarithmic tables, calculators, computers and done designs on paper and using computers, in the paper design era engineers concentrated on the critical areas of designs.

In the pre computerized era engineers also used graphs that others had developed such as psychrometric charts and where they didn't know they did laboratory and larger scale testing, such as wind tunnels with smoke and streamer and hydraulic channels and dye for hydraulics and streamlining.

To test the streamlining of high performance cars, small streamers were placed all over the body to be able to view how the air flowed over the car.

One method used to envisage stresses and stress flow was to cut shapes into perspex sheets and to view the prismatic light patterns in the perspex when it was placed under different stress regimes (it was a bit like stress contours). It didn't give any numerical values but people could get a better idea of where adverse stress concentrations could occur and then alter the design accordingly.

Prior to the mid 1970s engineers had to know mathematics and hand calculation shortcuts, i.e. to approximate $\pi$ to 2 or 3 decimal places using 22/7; particularly for junior engineers. 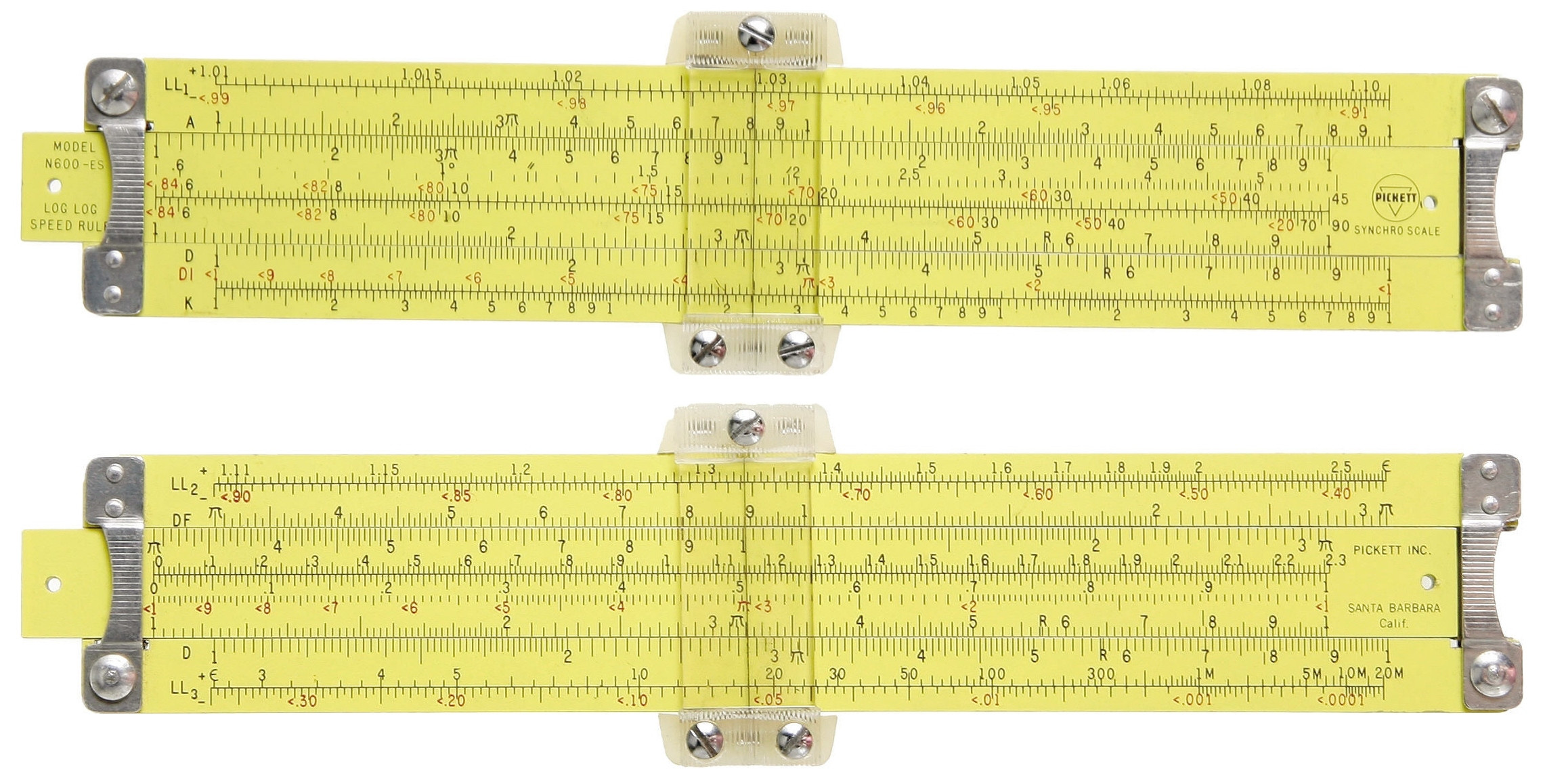 What sort of analysis was performed before “modern” computing and the invention of finite element analysis and computational fluid dynamics?

Techniques such as computational fluid dynamics (CFD) and finite element method (FEM) are older than you think and were used early on in the space age. Although CFD is very computationally demanding, CFD predates digital computers. The development of the finite element method post-dates the development of digital computers, but not by much. M. Jon Turner at Boeing is generally credited with being one of the key inventors of the FEM during the 1950s. Precursors to FEM also pre-date digital computing.

Below is a picture of a roomful of highly parallel computer processors from the pre-digital age. This image also depicts an old-style data storage system, the box full of nicely filed paper at the bottom right. 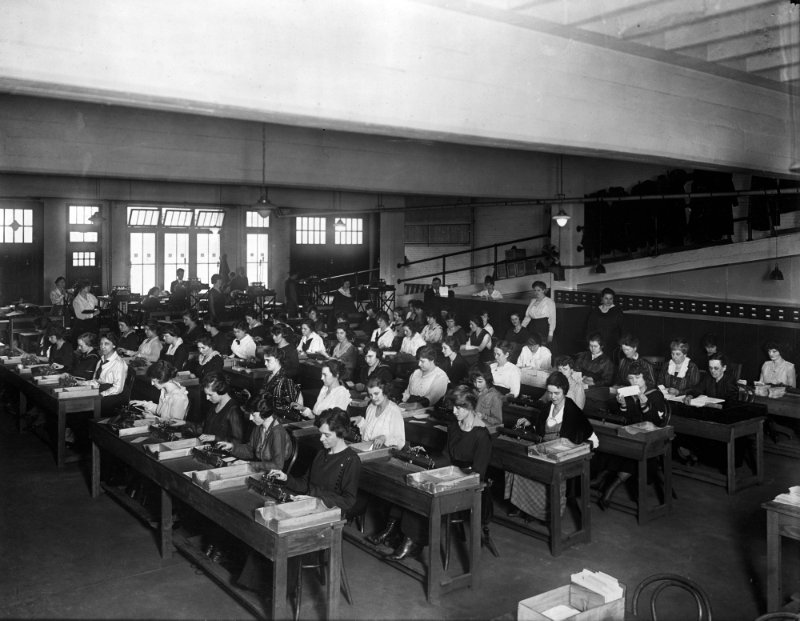 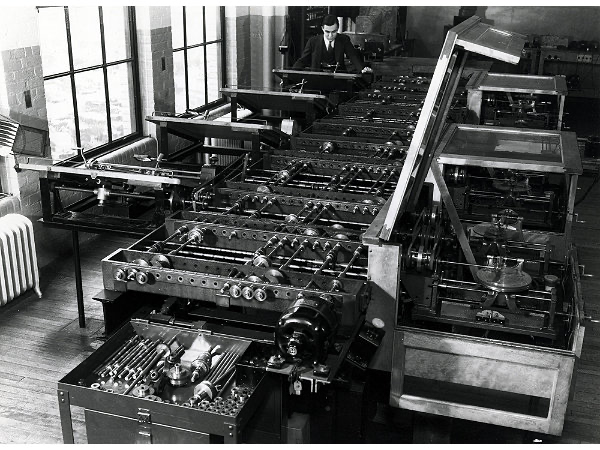 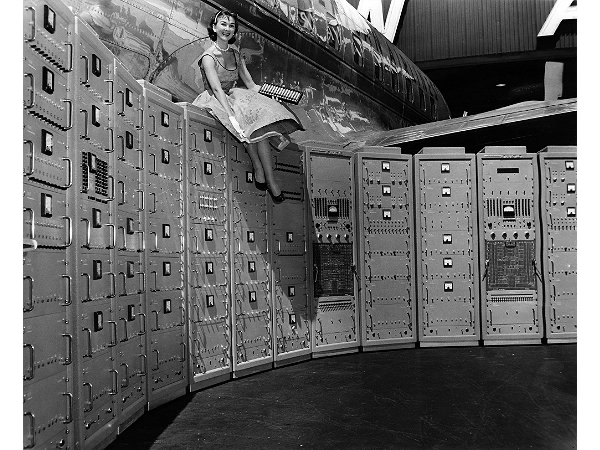 You also had reference books like Formulas for Stress and Strain by Roark (and Young) and Stress Concentration Factors by Peterson. Prediction might not have been as strong as it is today but often enough comparison was possible.

A less noticed but very impactful branch of Computational Solid Mechanics was also developed during the 60's: model reduction techniques.(*)

These are basically about a reduction of the number of equations to be solved before starting the actual computation. Analytical simplifications are introduced into the mathematical model leading to a decrease of both complexity of the task and accuracy of the result. So, there is a trade-off between speed and reliability.

The method of Guyan condensation[ 1, 2 ] is one example. It was published in 1965 after being developed within the US aerospace industry.

I have heard but can't prove that it was used in the design iterations for structural parts of rockets. It's absolutely suitable for this purpose, as in the pre-design phase quick estimations are sufficient.

To name just one of the many follow-ups, dynamic condensation [ 3 ] is a related method for estimating critical frequencies of a structure that is subject to vibrations.

(*) I'm neither claiming that the development was initiated during that decade nor that it was or is limited to CSM.

You would be surprised how much of aerodynamics can be done by hand. Granted, you probably won’t get very detailed answers for complex bodies, but you can get order of magnitude estimates very easily using a combination of:

Believe it or not, this is how aerodynamics is taught in college. Not with CFD or computers, but with tables of values that enable you to analyze a system. Look at any of the standard aero textbooks and you’ll find lots of appendices filled with tables of values. Stagnation ratio values, atmospheric values, theta-beta-M tables, etc... The analysis often reduces to multiplication Of several table values. It’s not perfect, but it gets pretty close to the right answer. The tables of values were either derived analytically or from experiments.

Remember that if you can get a certain order of magnitude estimate of a quantity of interest, applying an additional safety factor on top of that is usually enough to prevent failure in a design. Sometimes its better to think think of engineering as an exercise in managing uncertainties in approximations rather than getting the “exact answer” to a problem.

When more complex values need to be computed, they would be done iteratively and (preferrably) in 1D. A lot of codes from the 60’s began as 1D codes and increased in dimension as memory expanded. Since most interactions between a vehicle and the air occur through the boundary layer, boundary layer equations can be incredibly powerful. If you have inviscid streamlines, you can integrate the boundary layer equations over a streamline to obtain things like drag and heat flux. This effectively reduces the computation to an iterative integration in 1D.

Not the answer you're looking for? Browse other questions tagged engine-design design analysis or ask your own question.

7
How do they simulate the SLS engine environment?
5
Who carried the slide rule to the moon?

6
What payloads and launch speeds could a sling launcher get using modern materials on the Moon?