How much of the Orion vehicle will be built or provided by Airbus/ESA?

Does this mean that, for all the fanfare, the USA's actual contribution to the future of human-flight space exploration based on this particular vehicle is now rather less than is economically-sustainable and amounts to a few us-based private contractors, some design work and a 'flag on the hull' while other nations do the real work and benefit from the real fruits of their own research?

ESA and NASA have reached an agreement where ESA will provide a service module based on the ATV. NASA will get this module for free: it is basically a way for ESA to pay for its share of the ISS.
This agreement has many benefits: NASA pays a lot less for its spacecraft, ESA gets to keep working on the technology they developed for ATV. The cooperation also means it becomes harder for politicians to cancel Orion. This is not unimportant, in view of what happened to Constellation.

Meanwhile, Lockheed is building the Orion crew capsule for NASA. This is a major part of the work, being done by an American company. The SLS rocket that will launch Orion is also designed and built by American companies.
The service module will also contain American parts: its main engine is derived from the Shuttle OMS. 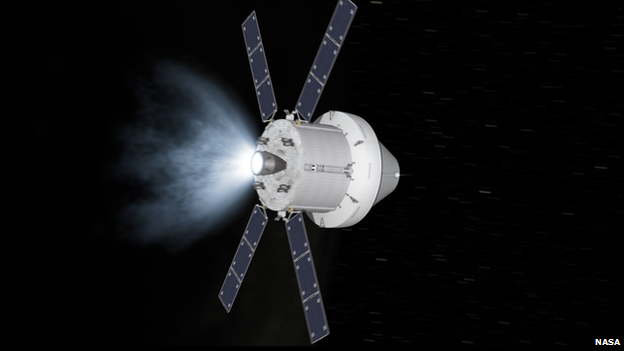 So, is Orion economically sustainable? The European contribution has made the program a lot cheaper. Even if NASA has to pay for future service modules, it'll still be cheaper than having to develop an all-new service module.
Orion isn't meant to be built in large numbers, it will be used for rare flagship missions that require a large, long-range spaceship. So the development investment will have to be paid back over only a few missions. Reusing existing technology makes sense.

The service module won't be the only example of international cooperation on these flagship missions, I suspect. Much like the ISS, missions to e.g. Mars or an asteroid are immensely expensive, it makes sense to share the cost.

Not the answer you're looking for? Browse other questions tagged nasa esa orion-spacecraft or ask your own question.

5
What will be the launch and landing sites for Orion?
11
Why will the Orion system land on water, while the Soyuz lands on land?
6
Will Orion be subjected to the same Human Rating (Safety, demo flight) standards as the CCtCap competitors?
15
How will the UK leaving the EU affect ESA?
7
How does Orion take its bath (Hydro Impact Basin)?
11
What is under these four white covers on the upper part of the Orion capsule?
0
Will CHEOPS use DSN or ESA ground stations, or both?
4
How much delta-v does the Orion spacecraft have?
6
What kind of rocket will ESA(?) launch from Mars? Who will build it?