Why does the Dawn spacecraft have three ion engines at different angles?

The Dawn spacecraft has three ion engines that are mounted such that their thrust vectors are at significant angles. You can see this in this image: 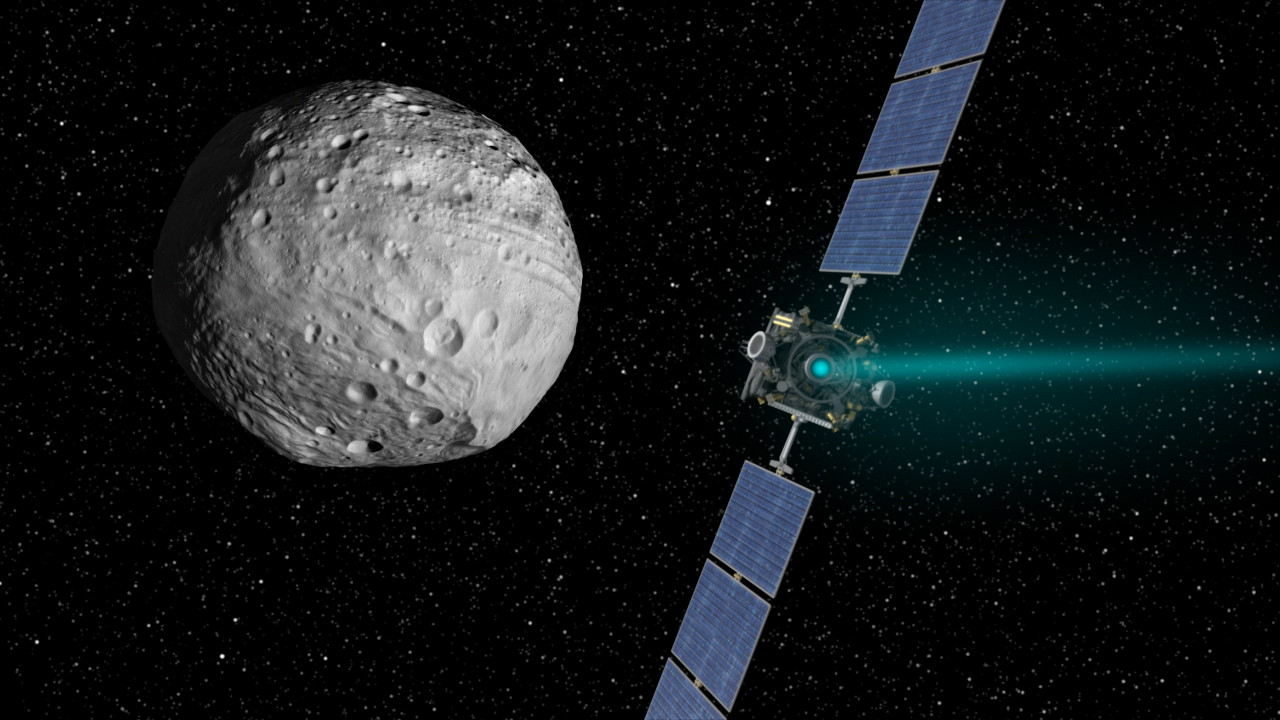 In the image, one of the three engines is active. Two questions:

1) Why three engines? I suspect this is for redundancy, but seems very wasteful. In addition, several other missions use a single propulsion system.

2) Why different thrust vectors? I suspect this has something to do with redundancy and making sure that the thrust vector passes through the center of mass.

Each of Dawn's three 30-centimeter-diameter (12- inch) ion thrust units is movable in two axes to allow for migration of the spacecraft's center of mass during the mission. This also allows the attitude control system to use the ion thrusters to help control spacecraft attitude.

Two ion propulsion engines are required to provide enough thruster lifetime to complete the mission, and the third engine serves as a spare.

Not the answer you're looking for? Browse other questions tagged propulsion probe engines dawn-mission or ask your own question.

12
How will the ion thruster powered Dawn spacecraft enter orbit around Ceres?
0
Why was circa 600 volts used for DAWN's ion propulsion?

19
Dawn Spacecraft: Why are the orbits so high?
20
How much does it cost to fill an ion thuster with Xenon for a spacecraft propulsion system?
7
What challenges are there for more, smaller liquid fuel engines instead of one large?
5
Thrust vectoring for ion propulsion - any plans or current research?
10
Are ion thruster trajectories classified as brachistochrones?
10
Why do chemical rockets encompass a weird shape on this thrust vs. Isp graph?
2
Which one of these Isp's for the Dawn spacecraft is wrong?
5
Does the Moon's atmosphere have any amount of human-provided xenon?
3
Why might krypton have a lower utilization fraction than xenon for ion propulsion, and what can be done to improve it?
6
Solid state thrust vectoring