Would a rotating spacecraft disorient those looking out of it?

I'm curious, if a space station were rotating to produce a gravity-like force, would being able to see large portions of the sky disorient human beings? Is there any research on the maximum rotation of the "sky" before human beings become disoriented, if at all?

The picture below sparked this curiousity, although I don't think it actually has windows to see into space. 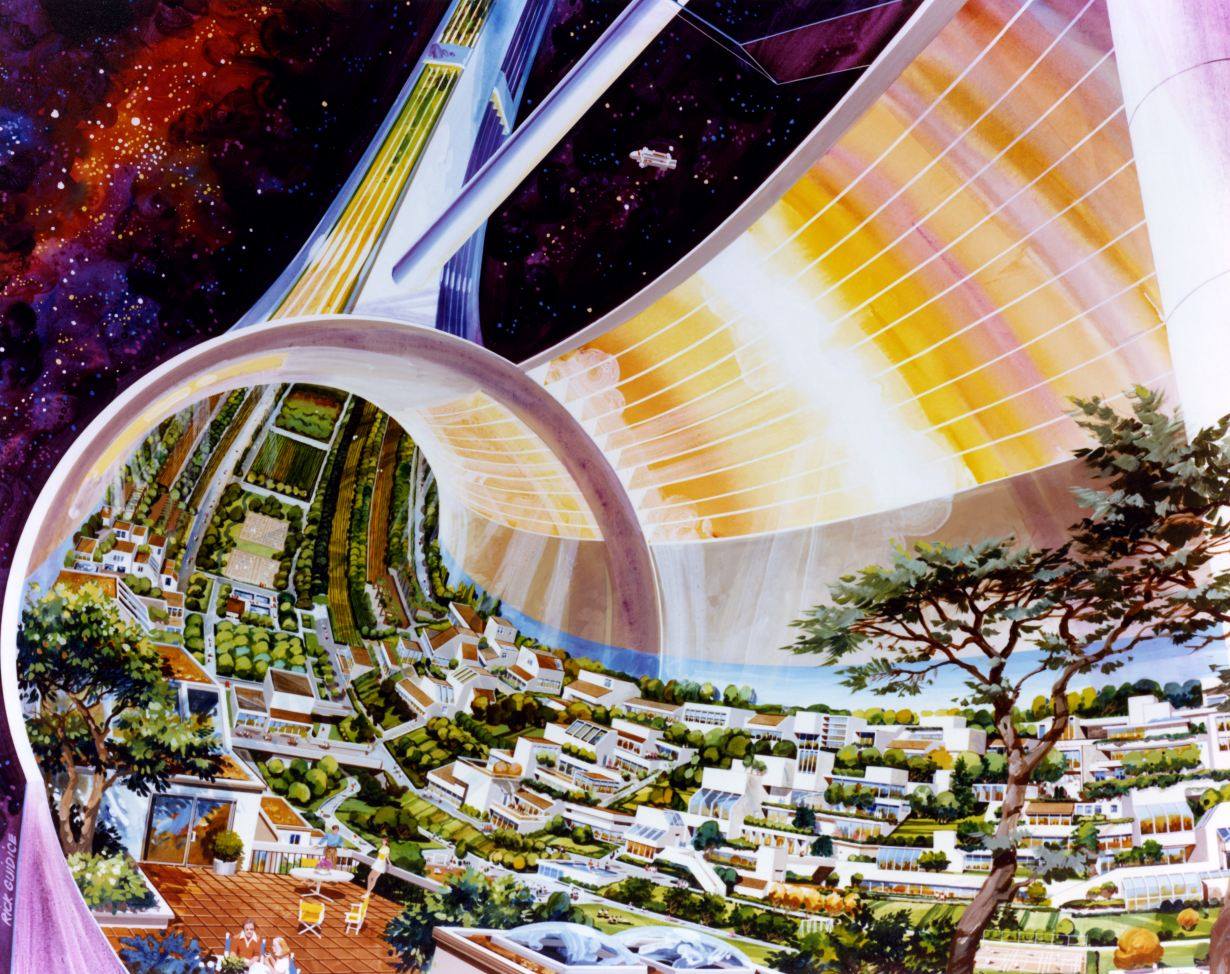 This study, by Soeda, DiZio & Lackner (2002), found that - without including the visual effects of gazing out a spacecraft's window - Coriolis forces rising from rotation caused subjects to soon lose some control while doing certain tasks, including just standing and moving about.

The results of one of their tests found that

In all the tests, closing eyes did not help subjects retain control; in fact, it lessened their ability to control themselves. However, the latter two of the authors had found (in previous experiments) that adaptation was possible:

However, when permitted to make repeated movements, subjects quickly become more accurate and are able to perform near normally within 10–15 reaches (Lackner and DiZio 1994). Such adaptation means that the subjects’ nervous systems have planned anticipatory muscle innervations which cancel the consequences of the Coriolis forces. Aftereffects are present post-rotation with movement paths being mirror image to the initial ones during rotation.

A NASA page on the researchers' other work noted that

DiZio and Lackner have found that people can adapt to rotational speeds as fast as a carnival-ride-like 25 rpm. That's about as fast as people turn their bodies during day-to-day life.

This would seem to be a decent estimate of an upper limit if only Coriolis forces are taken into account.

In this study (and related ones), it seems like simply the rotation - not the visual perception - is the cause of problems. That said, microgravity environments on their own can cause problems (see Oman et al.). This also states

Windows continue to be a matter of disagreement. In addition to concerns about structural integrity, environmental control (including radiation shielding), and cost, rotation introduces the issue of dizziness. Payne [20] and others have suggested that, "to avoid disorientation," windows should not be provided in rotating environments. But depriving the inhabitants of an outside view would do nothing to alleviate the vestibular effects of rotation. On the contrary, it may promote the mismatch between visual and vestibular perception that leads to motion sickness [15]. Windows might provide an obvious, natural aid to orientation, in addition to the abstract, formalist cues discussed previously.

Your inner ears will complain, not your eyes, if you rotate at more than ~1 rpm. The Stanford Torus study, which was the source of your picture, was just under 1000 m as a radius.

Sunlight was bounced off of a large mirror, a small ring mirror, and several other surfaces to get high energy particles absorbed before shining on the crops and habitated area.

Not the answer you're looking for? Browse other questions tagged colonization spacecraft artificial-gravity or ask your own question.

34
What would the size and rotation of a station need to be to produce 1g gravity from head to toe?
49
Why are there no spacecraft rotating for artificial gravity?
5
EVA on rotating spacecraft - differences from microgravity
10
How much gravity is actually needed to avoid serious health consequences?
2
Would a rotating wheel spacecraft "flip"?
4
Using what technology one can keep a spacecraft truly non rotating
10
Radial variation of atmospheric pressure in rotating O'Neill cylinder-like ship? (Rendezvous with Rama)
4
Walking in a rotating spacecraft and Newton's 3rd Law of Motion
7
Would air circulate in a rotating station on its own?