This diagram of the Delta II 74xx-series shows 4 booster rockets mounted rather asymmetrically. All other things being equal, it looks like the net thrust of the set would push the rocket off-axis. 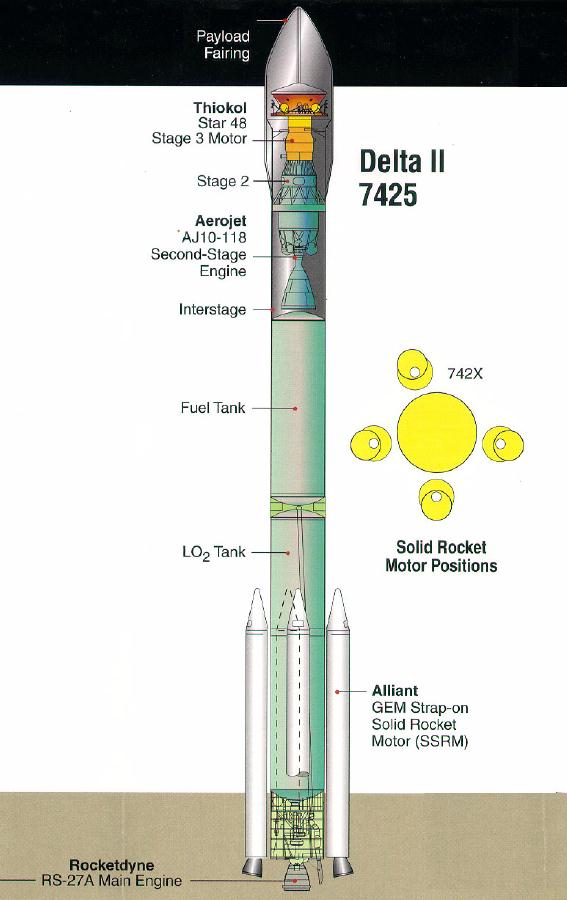 Why are the boosters not mounted in a radially symmetrical pattern?

@pericynthion points out that as long as all the booster thrust axes point through the center of mass, there's no net rotation. However, center of mass is going to shift as core stage propellant is consumed, so (assuming the booster nozzles are fixed) it's not going to be exactly zero. Furthermore, it makes the net thrust of the whole rocket not aligned with the vertical axis, which is going to produce some (small) amount of aerodynamic shear force.

Is anything done to correct for these imbalances, or are they just small enough to ignore? Do the individual boosters have differently-canted nozzles, or is it corrected by center engine gimbaling or some other mechanism?

Update: TIL there are Atlas V configurations with a single radially attached solid rocket booster! The core engine and SRB both just vector to keep everything upright and it accepts the high AOA. Check it out. 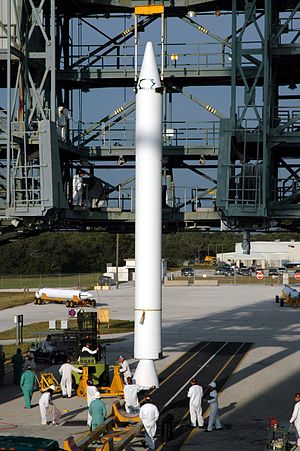 The Delta II first stage thrust structure is designed with attach points for up to nine strap-on boosters, of which either three, four, or all nine are used. If we number the attach points sequentially around the circumference of the first stage (they aren't, but let's pretend anyway), three boosters might use attach points 1, 4, and 7, leaving two empty slots in between each. If they use four boosters, they might use points 1, 3, 5, and 7, leaving 1, 1, 1, and 2 slots between them, hence the asymmetric look.

See these images for example:

Not the answer you're looking for? Browse other questions tagged launch rockets history solid-fuel or ask your own question.

13
Why weren't SRBs used in the design of the Saturn V?
22
Why were jet engines not used in place of the solid fuel in the STS SRBs?
7
Disc mounted on lunar rover?
12
Could a Delta 4 Heavier be built?
17
Why did the Vanguard rocket use a solid engine for its third stage?
19
How were the Space Shuttle SRBs ignited? (with what?)
10
Why aren't airbreathing SRBs a thing?
10
Why were large solid-fuel rockets so rare in the past?
14
Why were Spirit and Opportunity separate launches?