What contributes the majority of the mass in an ion drive?

In another question I've been corrected that batteries don't weigh that much in ion drive powered probes. Well, I thought a can of xenon would have a chance to be lighter than a solid block of plutonium, but truth of the matter, I have no clue.

Could someone clue me on what are the proportions of mass between fuel(plus container), power source and the engine itself in ion engines used nowadays to propel probes into regions so distant from the Sun that solar panels are not practical to use there?

Well, I can give you a couple data points. First, we can look at NASA's Dawn mission, which uses an ion propulsion system (IPS) based on the system demonstrated on Deep Space 1 (which we'll look at next).

This paper gives details of Dawn's IPS. It notes that this system should give the spacecraft a total of about 11 km/s. Here's the break down: 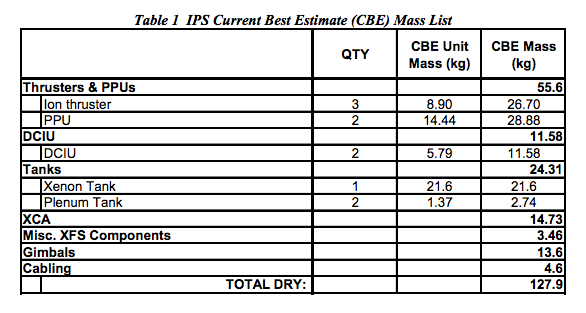 The paper notes that Dawn will carry 450 kg of xenon. 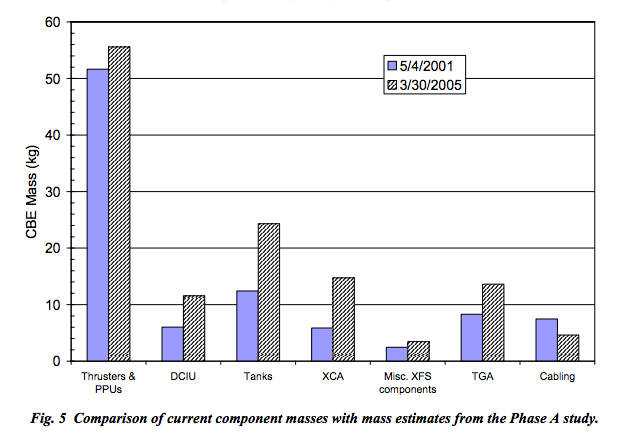 Now, this report gives the breakdown for DS1. The total amount of xenon propellant on DS1 was 81.5 kg. Keep in mind, this would be a significantly less mature system: 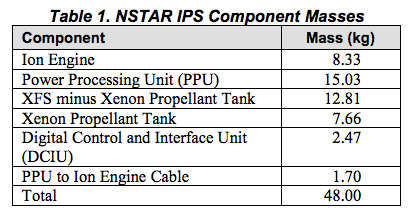 To answer the title question more directly: the propellant contributes the most total mass by far. Of the hardware, it's typically the PPUs.