I was quite surprised to read in today's Earth Observatory Picture of the Day that the DSCOVR spacecraft, currently en route to the $L_1$ Lagrange point, will be the first spacecraft able to see the entire day-lit hemisphere of Earth, and take pictures of it, since Apollo 17 took the original Blue Marble photograph. Why is this? There certainly are and have been missions to $L_1$; were they not equipped with cameras? Is it that hard to get far enough from Earth in that particular direction if you're not explicitly headed for $L_1$? I simply find it strange that in the 40+ years since Apollo 17 this has not been possible again.

Or is this assertion, in fact, incorrect? Are there other previous blue-marble shots of the entire Earth in a single frame?

First off I'll note that the linked article doesn't actually claim that Triana DSCOVR is the first spacecraft since Apollo to see the whole daylit side of Earth. The relevant quote (emphasis mine):

DSCOVR’s two Earth-observing sensors will provide views of Earth that have only rarely been available before. [EPIC] will view the entire sunlit side of Earth at once, providing images reminiscent of the iconic Blue Marble photograph taken by Apollo 17 astronauts in 1972.

David has already pointed out that L1 is far beyond the Moon's orbit, and that the geometry of the "blue marble" photograph is much closer to that of images taken from geostationary orbit, like this recent image from GOES-EAST: 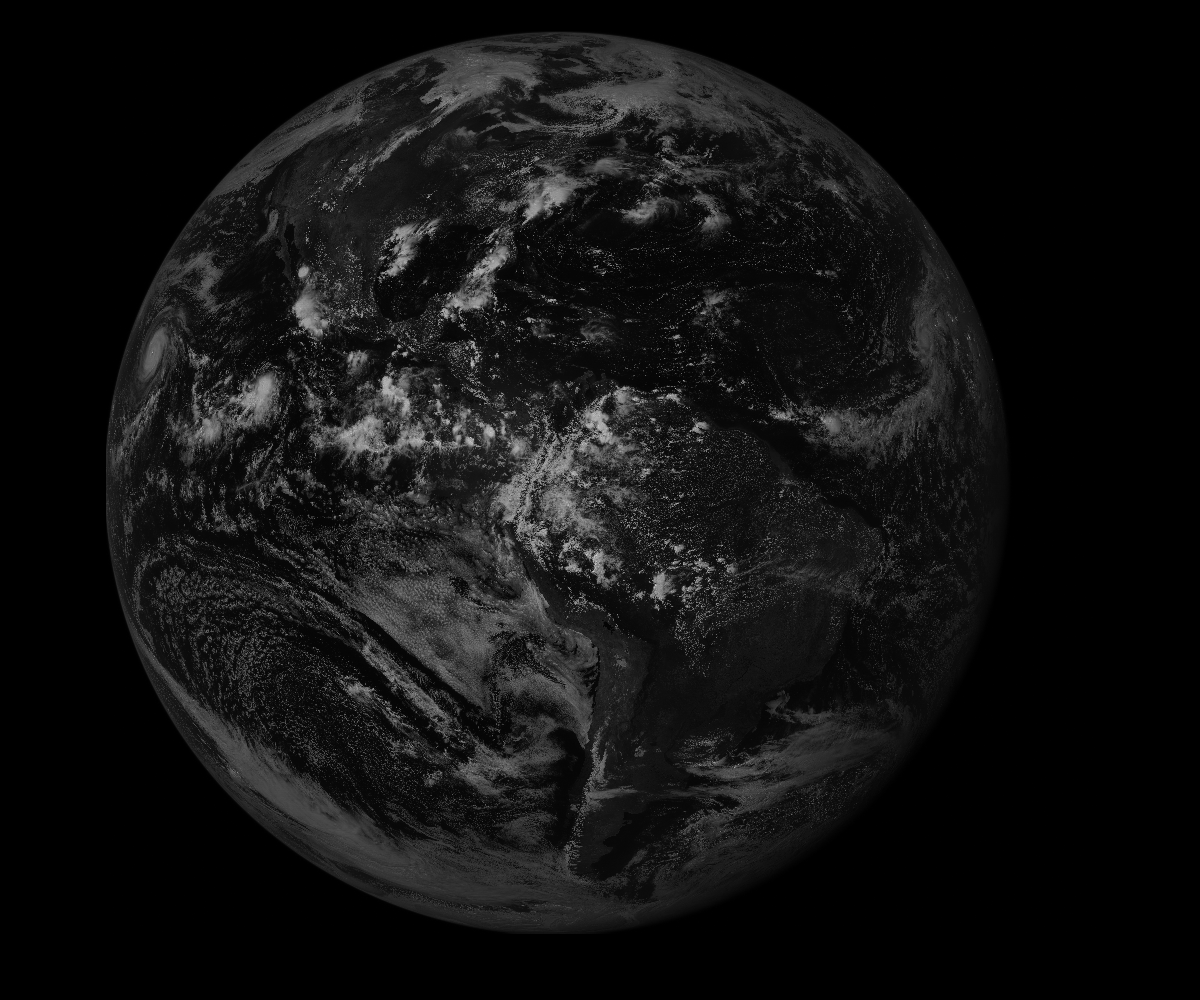 The GOES program traces back to the SMS series of satellites, meaning that we have had nearly continuous full-disk coverage of the Earth since 1974, only two years after the "blue marble" photograph was taken. There are two slight caveats: first, the GOES/SMS instruments have always focused more on the infrared spectrum (the current block has only one visible-wavelength band, and the next-generation GOES will have only two) so the images are not in true color. Second, they only produce fully-illuminated images around the equinoxes, when the intersection of their orbital plane (the equatorial plane) and the ecliptic plane lines up with the Sun. (This is in fact the definition of the equinoxes.)

However, there is an additional major hiccup: it turns out that geostationary satellites don't capture "the entire Earth in a single frame!" The current generation (which are 3-axis stabilized) use a two-axis steerable mirror to scan across the entire disk, while the early spin-stabilized GOES satellites used a one-axis steerable mirror to scan North-South and the rotation of the satellite itself to scan East-West.

It turns out that it is not unusual for departing spacecraft to take pictures of the Earth, simply because humans like looking at their planet! (Or because it makes a convenient calibration target.) However, most spacecraft leave Earth roughly parallel to Earth's orbit, so they end up seeing a partially-illuminated disk. MESSENGER and Galileo came close, but were still far off from the correct viewing angle. You are correct that we usually don't send spacecraft on orbits towards the Sun, and those that we have, have all been solar-observing satellites that were simply not equipped to take pictures of the comparatively dim Earth.

Here is LRO taking a picture of Earth during a solar eclipse in 2012! This picture is black-and-white, but it is as close to fully-illuminated as you can get (except for the shadow of the Moon!) and it was taken in a single frame. (LRO has captured other, shadow-free views of the Earth, but I wanted to share this one in particular.) 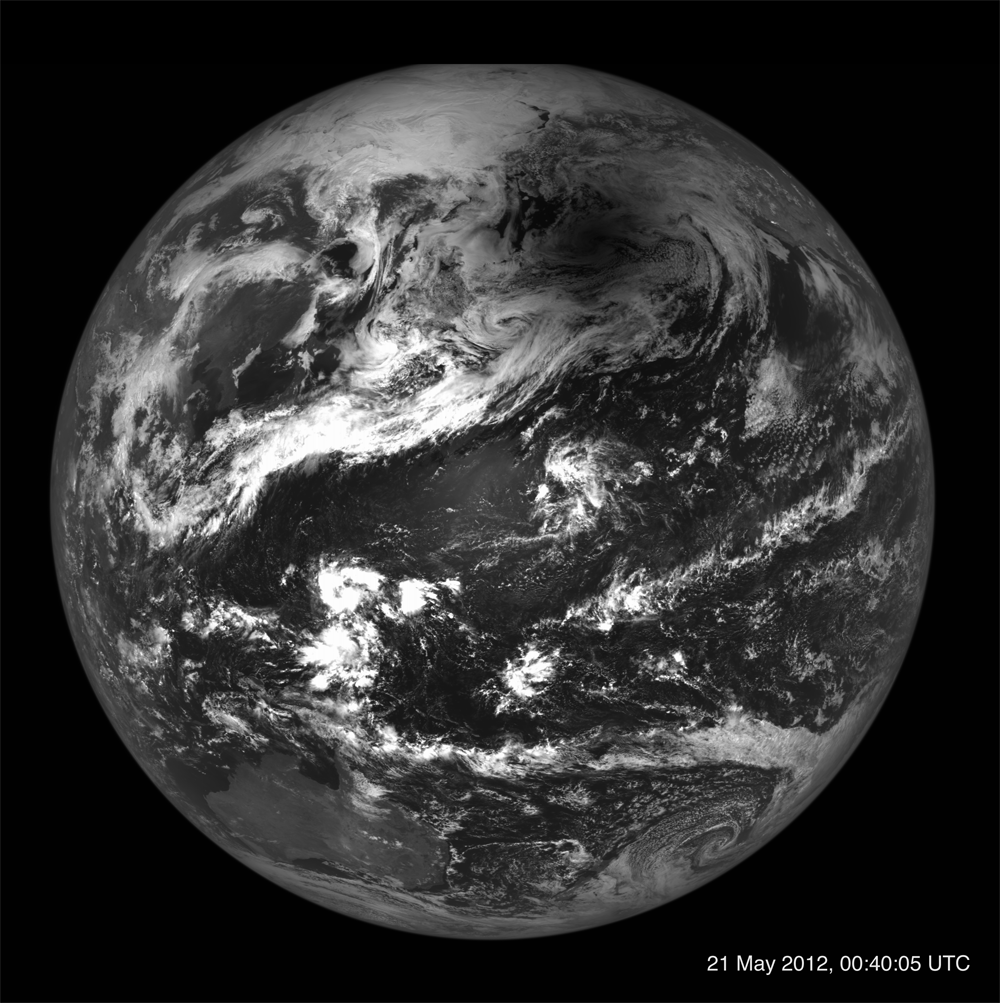 In conclusion, I think that the article's claim that the DSCOVR's view of earth is unique is mostly "marketing," unless we disregard mosaic images as you suggest.

Strictly speaking, even DSCOVR won't see the the entire day-lit hemisphere of Earth. From a distance of 1.5 million kilometers, it will see 49.8% of the Earth's surface. Getting that last 0.2% would require an even more remote camera. The Hayabusa picture shown in mins' answer was shot from a distance of 295,000 km and encompasses about 49.2% of the globe. The famous Blue Marble picture was taken from a distance of 45,000 kilometers and thus shows 42.9% of the surface. That's not much further than geostationary, which see 42.4% of the surface.

What's the point? The Earth-imaging part of this satellite was Al Gore's idea back in 1998, and it was widely perceived as a publicity stunt. Geostationary satellites daily provide a fully-lit view of almost half of the Earth's surface. That extra 7.6% coverage provided by DSCOVR comes at the cost of a rather expensive telescope that nonetheless has rather low resolution.

The full view of an hemisphere requires that:

This is not easily found within the frame of a short mission, to the point that no Apollo crew, except Apollo 17, has been in the required conditions for a "full Earth" picture.

However, the well known Blue Marble from Apollo 17 (Cernan, Schmitt, Evans) may not be the only full view of the illuminated Earth.

It seems Hayabusa also shot a full hemisphere. Hayabusa was an asteroid mission from Japan JAXA, to return samples on Earth. 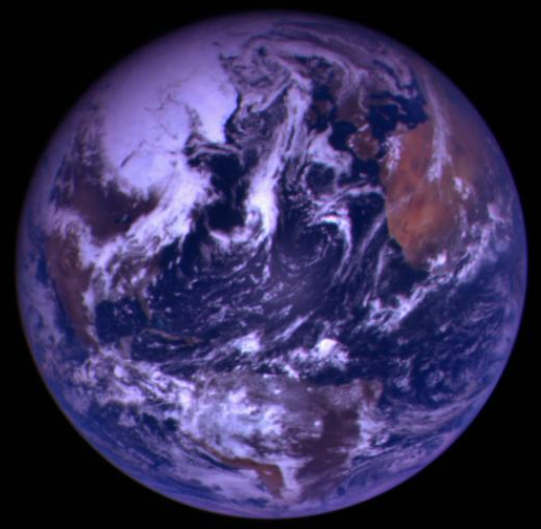 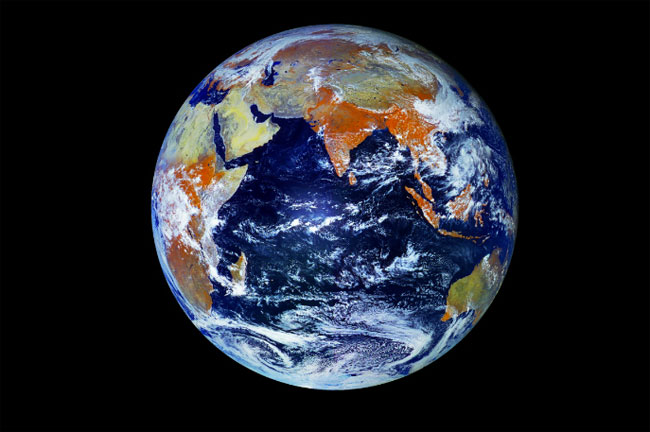 Not the answer you're looking for? Browse other questions tagged lagrangian-points photography earth-observation or ask your own question.

14
How many photographs are there of the whole Earth?
18
Minimum number of satellites to image the entirety of Earth's surface at all times
12
Which high-resolution Earth-facing satellites transmit data to the public in realtime?
2
Which mission delivered the first ever complete photograph of the Earth?

16
What are the small crosses on space pictures, and what's their purpose?
4
The Doppler effect on light when space probes take pictures
13
Where are the pictures during the time the pictures are sent from space to home?
13
How do astronauts take pictures from outside the ISS?
15
Is the "Mars blue dune" actually blue? And what makes it so?
5
Has anything close to video ("live" or otherwise) been shot in space from beyond the Moon?
11
Are pictures taken from ISS geolocalized?
20
Why does the sky of Mars appear blue in this video of pictures sent back by the Chinese rover?