Do processors need to be hardened against vibration?

Rockets are very loud, and seems to have a lot of vibration caused by turbulence. They're also run by microchips, which I tend to think of as fragile. Do the microchips need to be specially designed or encased to withstand these forces?

Well, yes and no. The most important feature for modern space-bound CPUs (aside from 100% reliability) is radiation hardening. Radiation hardening is considered at every step of the design process from the materials used to the configuration of the transistors in each internal circuit. These chips are specifically designed to withstand any bombardment of radiation that can be thrown at them.

That being said, there have been some improvements considering susceptibility to vibration in recent history. Traditionally processor circuits for devices meant to live in the harshness of space contain a simple (or in the case of the Voyager 10/11 crafts completely discrete logic) devices that are supported by a large array of discrete logic. This was done, again, in pursuit of radiation hardening. Such circuits were composed of a large number of components with exposed leads. Below is an image one of the main computer boards for the (now retired) space shuttle: 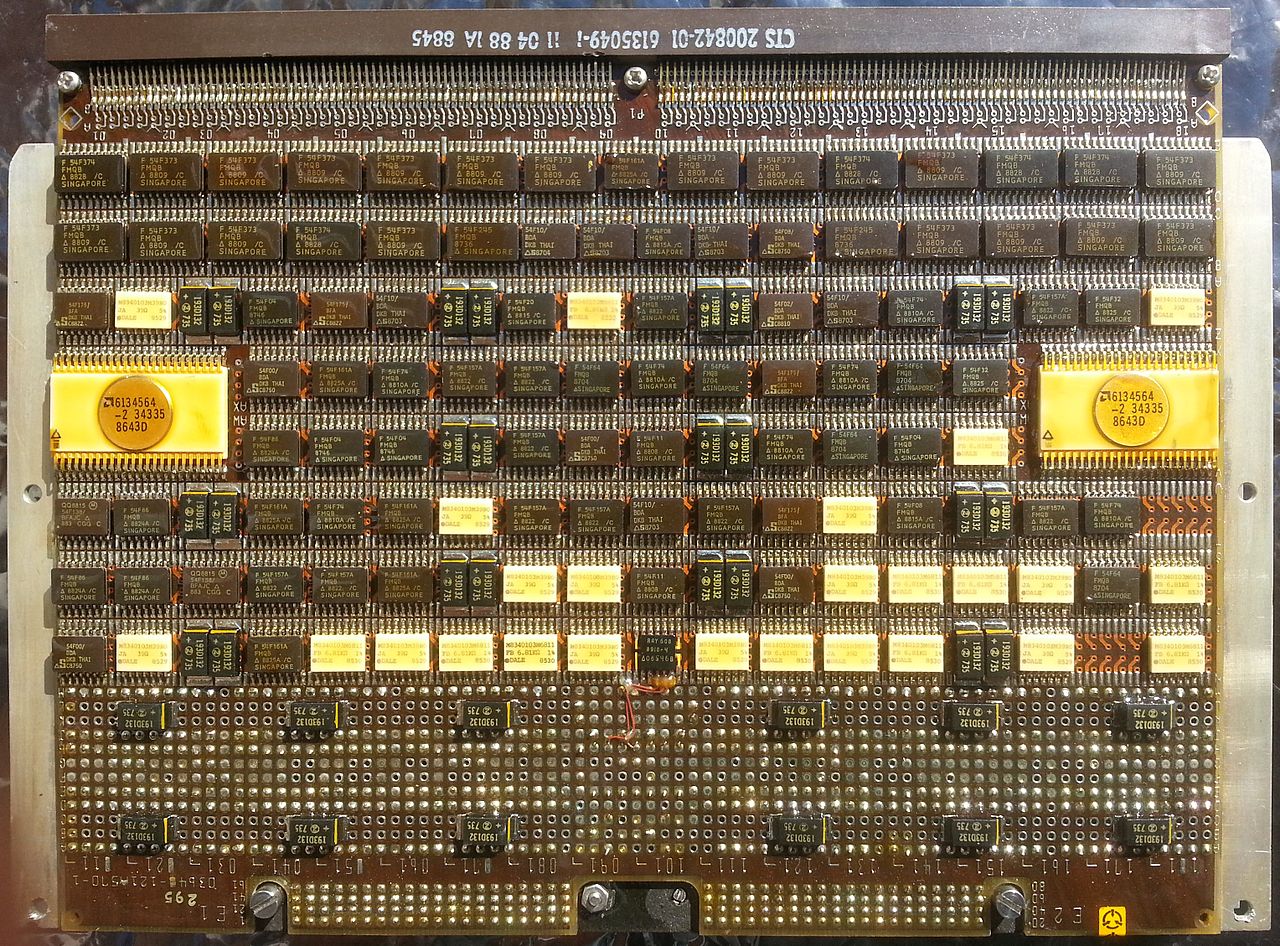 Nowadays the dense CPUs (such as the CPU in the BAE RAD750 single board computer) are designed with some variety of a leadless (the pins are underneath the component) footprint. This document shows the features of the CPU contained within the RAD750, and there is a section on the device's reliability:

The RAD750 will be packaged in a Ceramic Column Grid Array (CGA) package, constructed by attaching extended columns to the original Ball Grid Array (BGA) 360 pin package employed for the 0.25 micron PowerPC 750. The CGA package has been adopted because it is better suited to the stresses of launch and the space environment. The CGA has demonstrated significantly increased reliability during temperature cycling and stress, when compared to BGA packages, as shown in Figure 3. The CGA package has also passed shock and vibration testing for the space launch environment.

As you can imagine, the column grid array components are much more rigid than the leaded components. More information on CGA can be found here.

As Russell said, it's the connections generally speaking that are difficult. The environment for launching is very stressful, and sometimes the connectors come loose. The trick is to make sure the chips are on solidly, and most importantly, to do a vibration test to ensure that the satellites can manage the stress of launching to orbit.

Not the answer you're looking for? Browse other questions tagged vibration sound or ask your own question.

3
Is vibration useful in shaking off Mars dust?
1
Estimating vibration performance of a material
3
Did Voyager 1 and 2 record while not near any planets to get "ambient mechanical noise" for smoothing?
5
Ariane 4 Random Vibration
11
Vibration and noise during launch of the Saturn V and Spaceshuttle in comparison?