Does Saturn have a solid surface?

This page argues that Saturn's density tells scientists that it has a liquid metal core with maybe some rocky chunks:

The core region of Saturn may never be directly observed. Neither has the Earth’s. Despite that, scientists are fairly certain that, while Saturn has a core, it is not a solid mass of rock or metal, but a liquid metallic mixture similar to all of the gas giants.

Some, not all, Google image diagrams show a solid layer of ice around the cores of our gas giants: 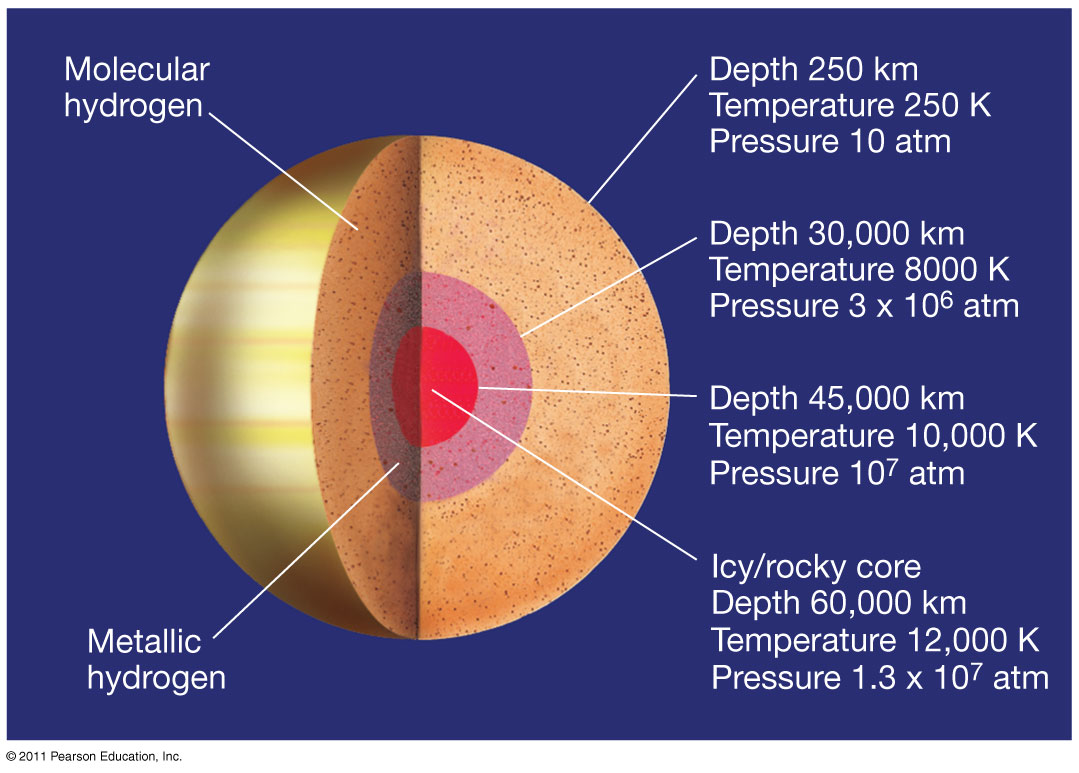 And this QA implies that that core would be completely covered by solid diamonds.

So, would there be anything solid to land on from the air inside Saturn, and what would that be?

No. The surface of Saturn is not solid. Saturn is too hot to support solid ice, and not just because of solar radiation:

Also like Jupiter, Saturn gives off almost twice as much energy as it receives from the Sun, because it has its own internal heat source, powered by the slow gravitational collapse that started when the planet first formed.

Given that Uranus and Neptune have an ice mantle, Saturn's sheer size and accretion must have extended the process. 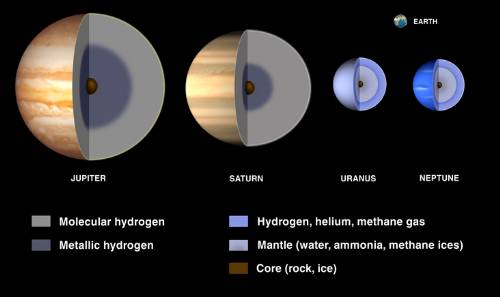 Any solid ice present on Saturn is high up in the atmosphere or deep beneath dense liquid gas along with the other solids. Any diamonds created by atmospheric pressure would eventually melt into a liquid sea in the planet's hot core.

Not the answer you're looking for? Browse other questions tagged planetary-science planet saturn or ask your own question.

75
What will be the effect if we stand on Jupiter?
24
Can I harvest diamonds from the rain of Saturn and Jupiter?

12
Why are the Rings of Saturn so much brighter than the other planets?
24
Can I harvest diamonds from the rain of Saturn and Jupiter?
13
What are the implications if Juno finds that Jupiter has a solid core?
32
Why is Jupiter called a "Gas Giant"?
5
Will Cassini contaminate Saturn?
4
Have gravitation multipoles of Jupiter and Saturn beyond J2 been measured or at least estimated? At least the zonal harmonics?
0
Is the sunlight reflected off of either the atmosphere or surface of a planet polarized?
5
Why must "Mercury’s core (be) partially molten" to explain its weak magnetism?