If an unknown ship entered Earth orbit, would it be detected?

I was watching an old Stargate episode with big alien ships in orbit, and I thought 'in real life that would be spotted pretty quickly... um, wouldn't it?'

I'm not saying I'm on the search for alien ships (if they do exist I don't think they have any trouble staying a step ahead of us anyhow). It just made me wonder about how much of what is in the sky, even pretty close by, we are really aware of.

Maybe there should be some parameters on this. Suppose a standard Federation star ship were to yet again accidentally go back in time to our era, due to their continuing disregard for basic tachyon safety procedures. The Enterprise is supposed to measure about 600 x 400 x 200 meters, weighs 4.5 million metric tons, and seems to have a metallic hull. How long would it take us to spot that in low Earth orbit? How about if it was in a high orbit?

An object of that size would be detected almost instantly on first pass by the United States Strategic Command, which sweeps Earth's Sphere Of Influence to track and catalog objects that are in Earth orbit. Radar picks up most objects which are close and reasonably large. Anything greater than a metre in diameter can be tracked with relative ease, in fact, objects down to 1cm in size can be tracked too.

All operational satellites in Earth orbit are in known, cataloged orbits. Its fair to say an object larger than that of the ISS would be very observable (from radar) from any orbit it would be placed in.

The United States Space Surveillance Network has 20 sites around the world, and satellites as well, dedicated to detecting and monitoring objects near Earth. 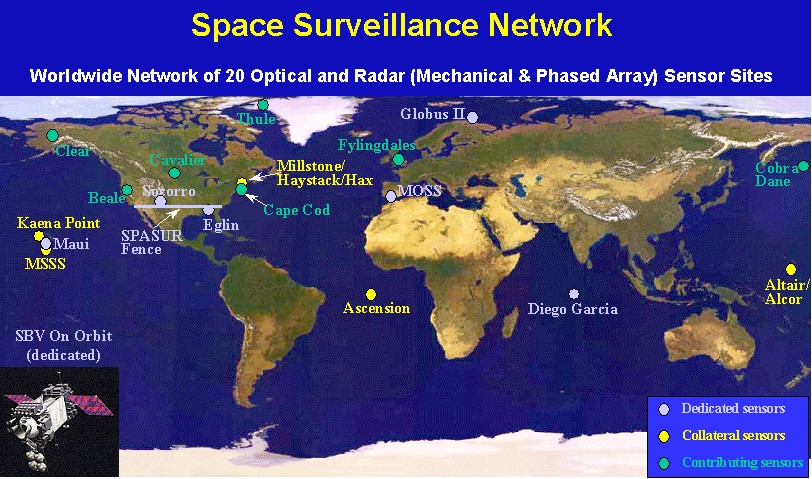 The European Space Agency also operates installations that monitor near-Earth space, full-time or part-time, in Germany, Norway, and Spain. I couldn't find public information on Russia's network. China could have installations too.

The majority of the ground-based installations are radar, but there are some optical telescopes, notably ESA's installation in Spain. Surveillance satellites are all optical.

While parts of this system are designed to track small objects and have a small field of view, other parts are designed to watch large sections of the sky for anything passing by. When not actively tracking an object, the tracking units scan back and forth so that they also cover large parts of the sky. Both sorts of units are shown in the photo below, they are parts of ESA's network. 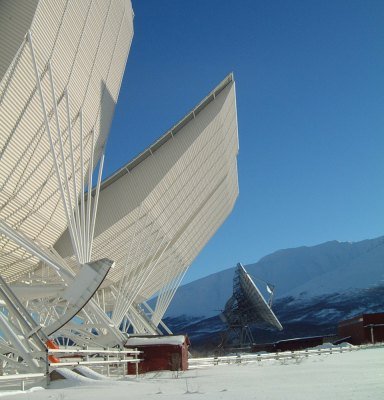 Either kind of unit would be capable of seeing something as large as a ship. As the networks span the globe and operate continuously, even in a very high orbit a ship would be seen in a few minutes or less.

The most inconspicuous place for a ship to loiter near Earth would be in the Earth-Moon L2 Lagrange point, always out of sight behind the Moon.

A spaceship needs to keep it's occupants warm, and that means keeping it at a temperature easily detectable by IR telescopes (unless it's behind the moon). Firing the engines would be a dead giveaway.

Not the answer you're looking for? Browse other questions tagged observation or ask your own question.

4
What is the linear dimension/mass/possible energy state of the smallest trackable orbital debris item?

4
What viewing angles does the Hubble Space Telescope use during its orbit in LEO, avoiding the Sun and Earth?
3
What size and shape is an SL-16 R/B and for how long will they orbit Earth?