If the Alcubierre Warp Drive was used to travel to Alpha Centauri, how much time would pass on Earth? 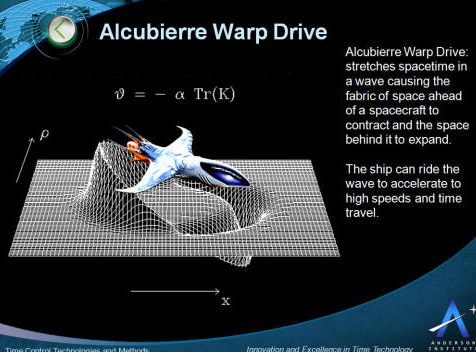 The Alcubierre bubble could get to Alpha Centauri in less than 4 years according to outside observers, not just observers riding inside the bubble--the exact time depends on the exact 'shape' of the warped spacetime in the bubble, but the theory allows you to fine-tune the bubble to give as short a time as desired. The fact that observers outside the bubble also see it travel faster than light is stated on p. 117 of the book Time Travel and Warp Drives by physicists Allen Everett and Thomas Roman:

The bubble and its contents could travel through spacetime at a speed faster than light, as seen by observers outside the bubble.

However, there is a complication--the person inside the bubble is essentially riding a sort of "track" of distorted spacetime from Earth to Alpha Centauri, and although once the track is "laid down" the person can then travel from Earth to Alpha Centauri as fast as desired, work on laying down this track must begin more than 4 years before the date they want to arrive. This is explained on p. 121 of the same book:

I believe it would not take any more time than a normal ship. The bending of space-time will negate the relativistic effects, so in essence the ship, while moving quite fast, doesn't have the relativity effects based on the bending of space-time. Bottom line, ship time and Earth time should be approximately the same. There might be some differences at most at the hours range (Or more likely minutes or seconds), depending on things like correcting for the speed of Alpha Centauri relative to Earth, but these would be minor.

I depends where on the ship you are. In the front time would appear to slow relative to sounding space and vise versa in the rear. I believe that this can be done with a magnetic field. Nonmagnetic matter would not feel the space time dilation. Magnetic fields exist on a different set principles and the space can be stressed with magnetic friction against the space fabric.

MuzeMuze
1
$\endgroup$
Add a comment  |
Highly active question. Earn 10 reputation (not counting the association bonus) in order to answer this question. The reputation requirement helps protect this question from spam and non-answer activity.

Not the answer you're looking for? Browse other questions tagged rockets interstellar-travel engines time travel or ask your own question.

32
Is warp drive a legitimate avenue of scientific investigation?
14
If we can make an Alcubierre drive, how fast can it move a ship?
7
Maybe I can't really reach the speed of light, but how close could I get?
1
How would an interstellar probe navigate the pull of gravity from stars and other large objects on the way?
5
Are there any mechanisms that would allow automated landing on a planet after 65,000 years?
3
About non-FTL travel and realitivistic effect for a hard sci fi novel
21
Elon Musk's ITS Travel Time to Mars Estimate