Will, or when will, Mars Global Surveyor decay from orbit?

In fact, do we have any recorded evidence of spacecraft at Mars suffering from atmopsheric decay over time? It's well known that we commonly use aerobraking (not be confused with aerocapture, which has never been attempted): 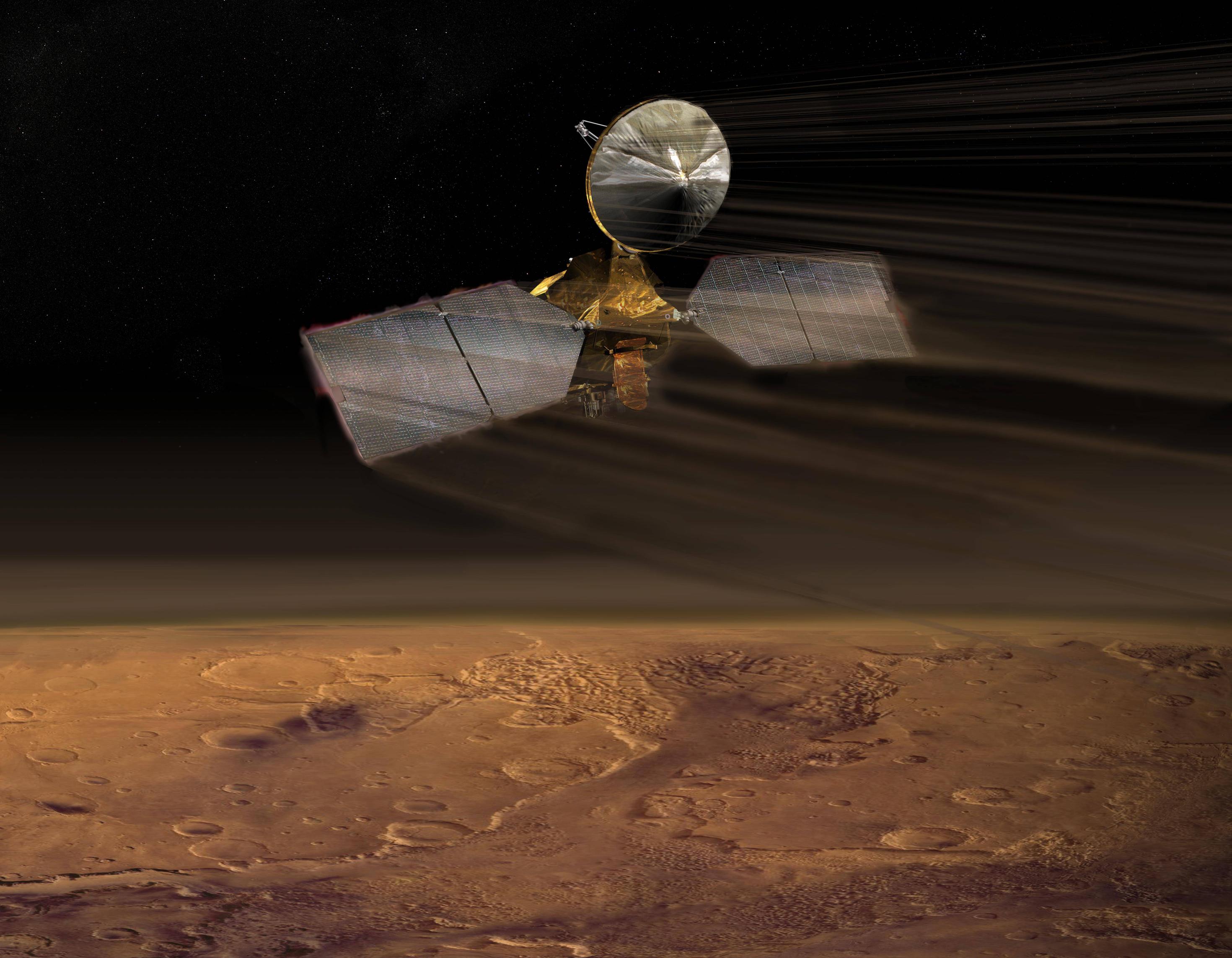 to reduce our spacecraft's apoapsis' over a period of many months. In fact, MGS was the first spacecraft to ever attempt Martian aerobraking, which resulted in it damaging one of its solar arrays, which got bent back by the forces generated. This aerobraking campaign took place at approximately 120km above the Martian surface.

What this indicates is that atmospheric decay is present around Mars, so it should therefore be expected that any spacecraft in similar low orbits will eventually suffer from orbital decay and reenter, but I can find no evidence that this has ever occurred.

Additionally and specifically relating to MGS, I can find no accurate, authorative source of MGS' final orbit. This NASA JPL factsheet indicates it was in a circular orbit for sometime:

When Global Surveyor arrived at Mars in September 1997, it initially entered a looping, elliptical orbit around the planet that has been gradually circularized through aerobraking. Its winged solar panels — which feature a Kapton flap at the tip of each wing for added drag — supply most of the surface area that slowed the spacecraft by a total of more than 1,200 meters per second (about 2,700 miles per hour) during the entire aerobraking phase. Since the start of aerobraking, Surveyor's orbit around Mars has shrunk from an initial elliptical orbit of 45 hours to the now nearly circular orbit taking less than two hours to complete.

Obviously, end of mission occurred in November 2006. It has been nearly 10 years since then.

So, my question remains, given what we know about MGS' orbit, has it decayed, or is it in the process of decaying? If it is the latter, are there any models on when the decay might occur?

Yes, MGS's orbit is in the process of decaying, but very slowly.

I can only provide a lower limit on the lifetime, since for planetary protection MGS was required to assure at least a 50-year orbital lifetime from when it entered orbit. So no less than 32 years from now. I'm sure that the actual lifetime is much more than that.

Not the answer you're looking for? Browse other questions tagged mars spacecraft orbital-decay mars-global-surveyor or ask your own question.

27
Does India have plans to explore Mars after Mangalyaan?
7
Approximately how much fuel will ISRO Mars Orbiter have available when it enter Mars' orbit?
9
Why has Vanguard 1 not decayed significantly since its orbital injection in 1958?
5
How can aerobraking be used to enter high orbit without landing?
4
Why are deorbited satellites allowed a slow orbit decay instead of burning them up rapidly?
1
How does fuel requirement change with mass when traveling from cislunar orbit to Mars?
1
How long will the Tesla Roadster's heliocentric orbit last?
2
Why does the Mars Global Surveyor carry a bit of the Zagami meteorite?
11
Is there independent evidence that China landed a robot on Mars in May 2021?
4
What would be the trajectory and initial speed of a chunk launched from Phobos to get as close as possible to any pole of Mars?