Where were PFS-1 and PFS-2 stowed aboard Apollo 15 and 16, and how were they released?

This article mentions the deployment of a couple of "subsatellites" into lunar orbit from the Apollo 15 and 16 spacecraft. I had never previously heard of any such action being taken. Where were these subsatellites stowed aboard the Apollo spacecraft, and how were they released from it? Did they have their own thrust capability for deployment?

They were deployed from the Scientific Instrument Module (SIM) bay in the Service Module. There's a long write-up here. The launcher was spring-loaded.

The SIM bay was a volume in the Service Module which was loaded with scientific instruments. The SIM bay cover was jettisoned around 75 hours into the mission according to The Apollo Scientific Instrument Module (SIM) Cameras website.

Besides the subsatellites, one of the major scientific payloads consisted of film cameras. The CM pilot did an EVA to retrieve the film.

Artist's rendition from wikipedia including the satellite (I just noticed this picture was in the article you started with, so I outlined the SIM bay): 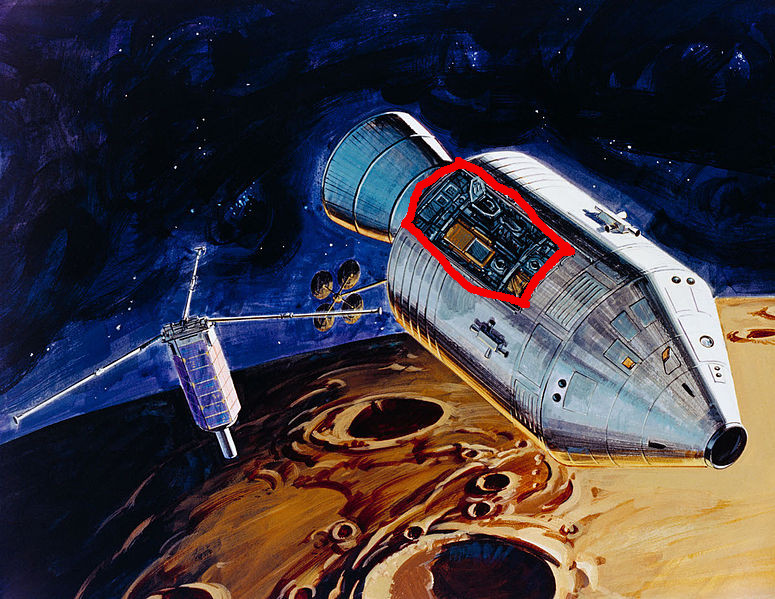 And here's a real picture of the SIM bay: 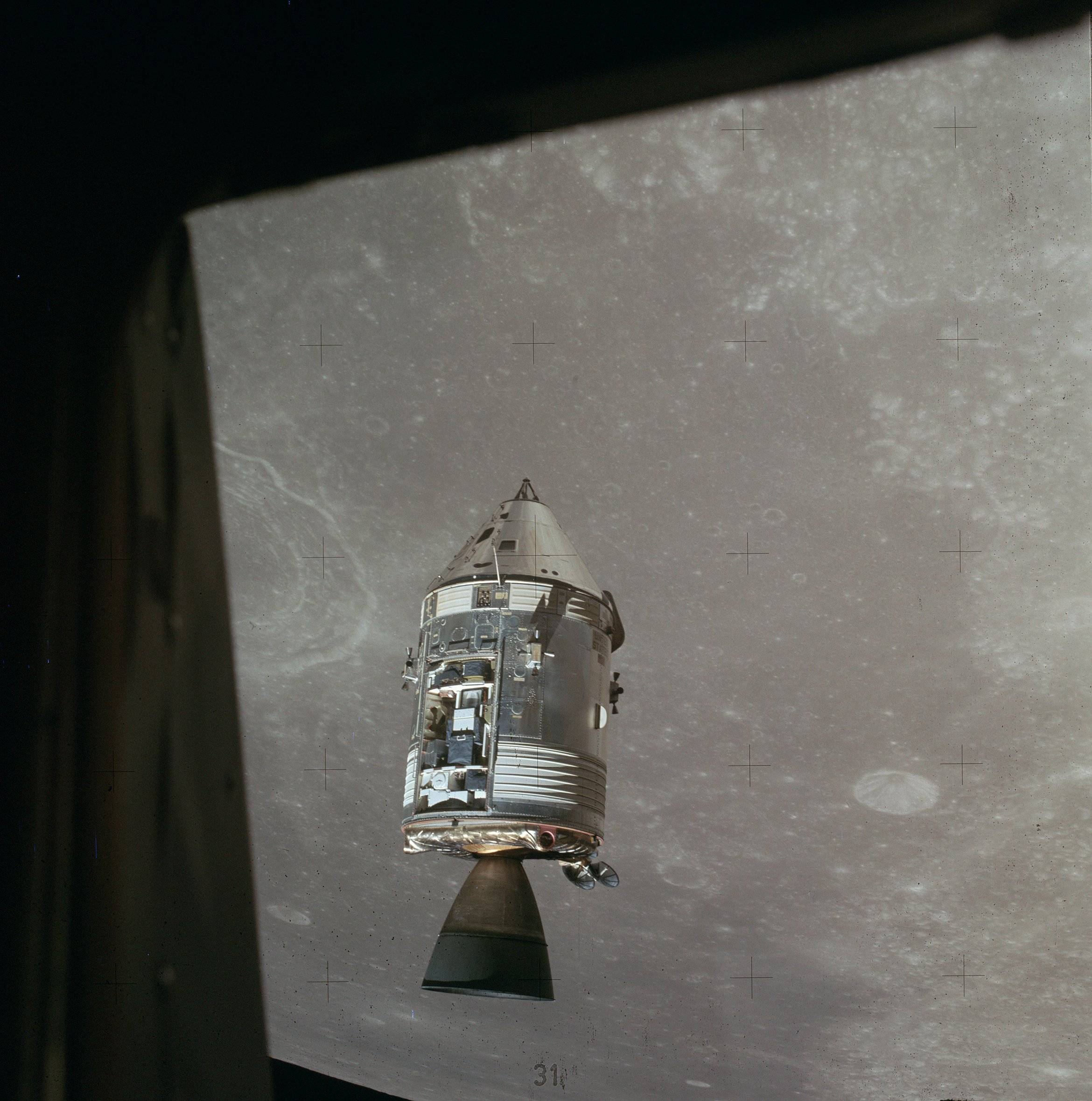 There's a long history of spring-loaded small subsatellite launches throughout the US human spaceflight program. The last picture ever taken of a Shuttle in space was taken from just such a subsatellite: 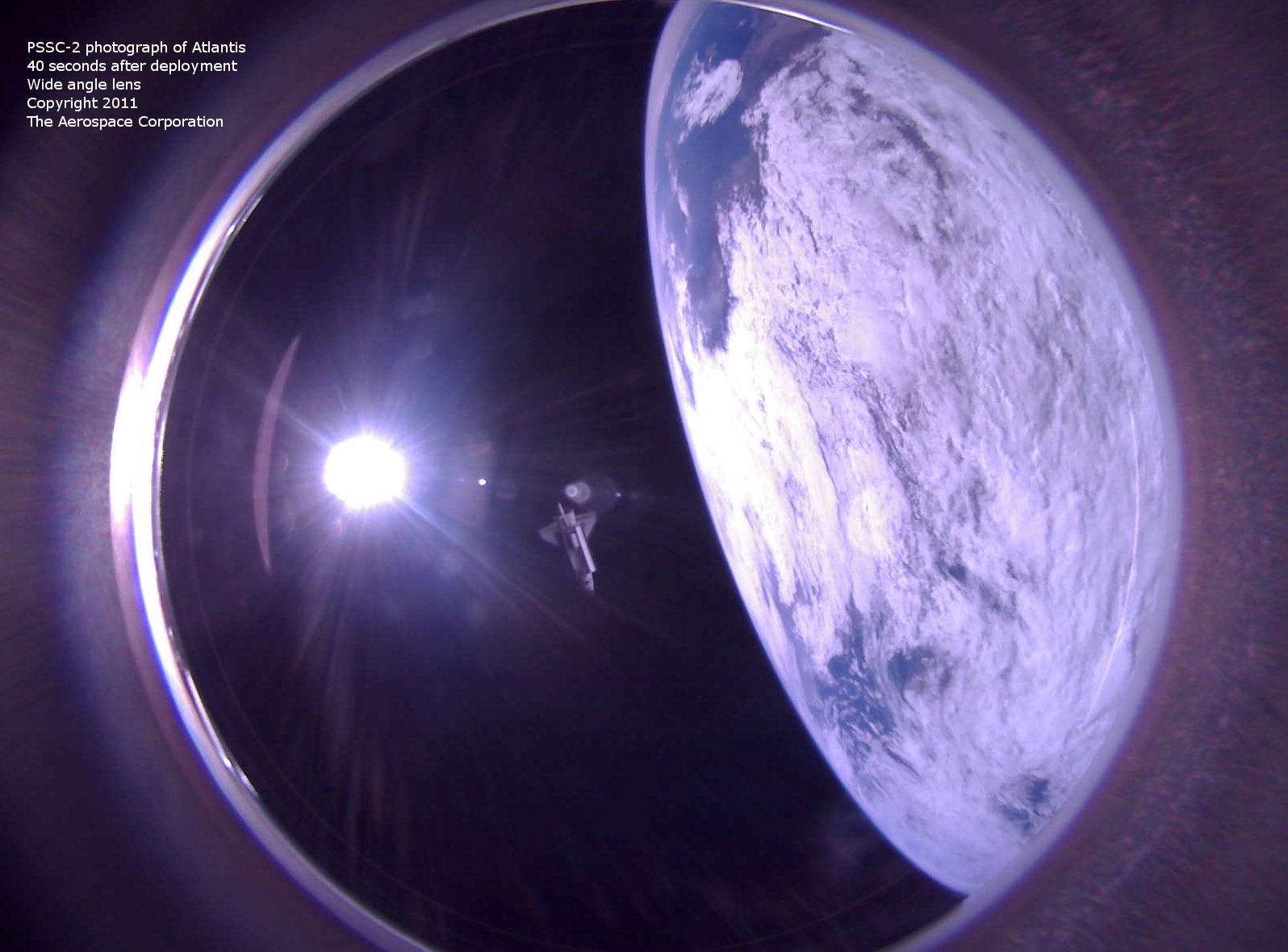 29
Why were there beeps punctuating the voice communications during missions such as Apollo?
9
How much extraneous mass did each of the Apollo missions carry?
12
What were the differences on the LM ascent stage engines on Apollo 9, 10, and 11?
6
What data was used to estimate accumulated radiation dose for the Apollo astronauts?
11
What were the hammerhead cranes used for?
11
Where are the Apollo forward heat shields currently located?
9
Why could the Lunar Ascent Engine be used only once?
5
How were Apollo spacesuits cooled during simulations/rehearsals on Earth?
5
Help understanding this Apollo 11 docking probe image, what are we looking at, and from where?
11
Were the Apollo broadcasts recorded locally on the LM?