Are there any Mars missions currently in the design phase which could take advantage of NASA's Low Density Supersonic Decelerator?

NASA's LDSD project, which underwent a mostly successful test last year, has been indicated to improve the maximum payload deliverable to the surface of Mars from 1.5 metric tonnes to 2-3 metric tonnes (Source).

It will be undergoing another test shortly this year, in a larger 8m diameter variant. 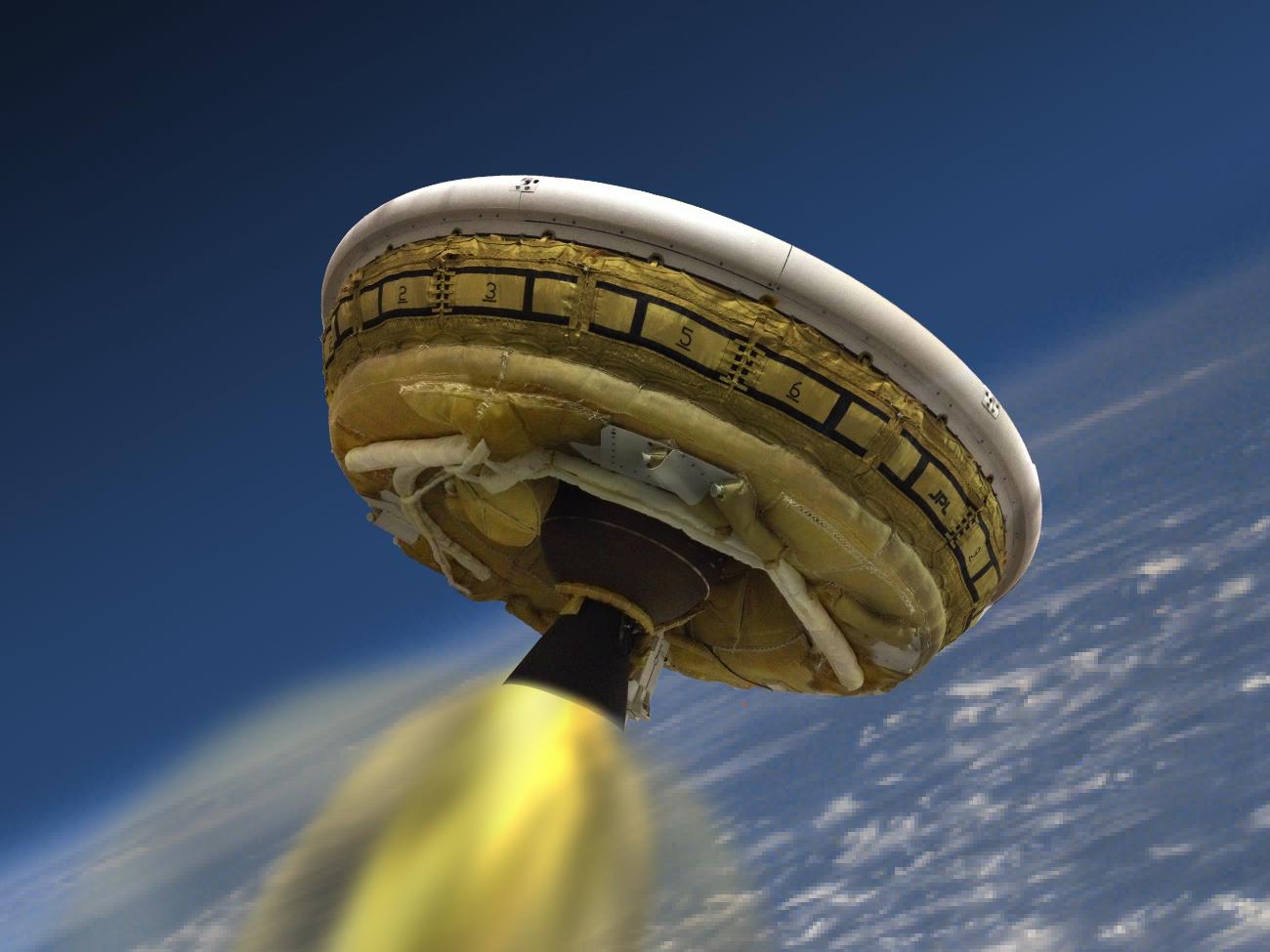 Are there any actual plans to use the technology developed by this project on operational missions, however? Mars Science Laboratory looks set to retain the title of largest payload delivered to the surface of Mars at 899kg for the time being, at least until the Mars 2020 rover, which may have a mass of 950kg.

However, Mars 2020 is based off the MSL architecture itself, and would not need the LDSD outright. At the other end of the timescale, manned Mars missions in the 2030's will require many-ton payloads to be delivered direct to the surface. DRM5.0 calls for 30-50 tons, and Elon Musk has stated the design goal of the Mars Colonial Transporter is to deliver "100 useful tons of payload" to Mars surface.

The huge sizes of these payloads implies propulsive/powered landings near exclusively (although DRM5.0 does allow for an aerodynamic landing component), which would seemingly shut out LDSD from future missions.

However, in the interim, there may be a need for small multi-ton (1-5t) payloads to be landed, this might include a sample return or a supply depot for a future manned mission. My question is, does the use of LDSD appear in any current mission design, in any form, to Mars?

To be totally clear, I'm not questioning LDSD' scientific value or usefulness, I actually think it's an incredibly interesting project and could provide many engineering advancements, well beyond use at Mars - I just want to know if any missions have called upon its immediate use.

Are there any actual plans to use the technology developed by this project on operational missions?

No, not that I'm aware of. And I would not expect there to be any before the technology has been proven. If you are trying to sell a mission concept or keep a mission concept on the table, you would be well advised to not have it be critically dependent on a pending technology development that may or may not succeed. The LDSD technologies are of the sort that, if you are using them, you are critically dependent on them for mission success.

Not the answer you're looking for? Browse other questions tagged mars future-missions mission-design reentry ldsd or ask your own question.

2
Is the Low-Density Supersonic Decelerator scheduled for any upcoming Mars mission? Is the program still active?

27
Does India have plans to explore Mars after Mangalyaan?
5
International Collaboration on Large-Scale Manned Space Exploration Projects
9
What's the current timeline for NASA's Mars orbiter laser communications?
13
How precise are our Mars landings?
2
IMLEO orbit height
2
Is the Low-Density Supersonic Decelerator scheduled for any upcoming Mars mission? Is the program still active?
5
Are there any currently studied or hypothesized crewed Mars missions that utilize the Space Launch System?