Is Lagrange point L1 stable? If I were to place a space station in L1 will it remain in orbit without any difficulty? If there are any difficulties, please mention them here along with any suggestions to overcome the difficulties, if possible.

L1 is unstable, although you can establish a fairly stable halo orbit around L1 -- but even a halo orbit will require periodic correction.

Something parked at L1 is balanced between evenly matched tug-of-war teams.

On one side of the tug-of-war is the moon's gravity and inertia in a rotating frame (what we used to call centrifugal force). On the other side is earth's gravity. 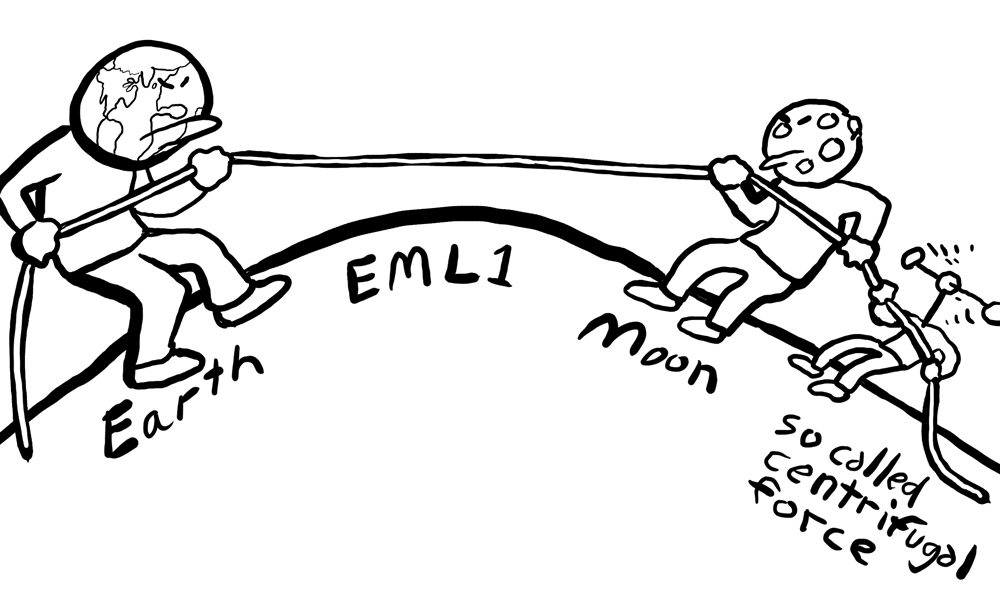 So just a tiny nudge destroys this delicate balance. Something at the Earth Moon L1 (EML1) needs station keeping.

If you want something high up that is long lasting and maintenance free, I would suggest a lunar Distant Retrograde Orbit (DRO).

An example of a moon in a DRO is Jupiter's S/2003 J2. According to the Wikipedia article:

Retrograde moons with axes up to 67% of the Hill radius are believed to be stable.

And in fact a lunar DRO is one of the suggested destinations for the proposed asteroid retrieval mission.

37
Why should the James Webb Space telescope stay in the unstable L2?
23
Are there any (Lagrange) points in the Solar System in perpetual shade?
8
How does gravitational stability change with the distance from special places such as geostationary orbit and lagrange points?
1
Which lagrange (earth-moon) point is better for a space settlement?
17
Are some Halo Orbits actually Stable? (stable orbits about unstable Lagrange points)
42
Why are so many space telescopes placed in LEO instead of at Lagrange Points? And why do we hear about Hubble more than any Langrange-orbit telescope?
5
Why put X-ray telescope Spektr-RG/eROSITA all the way out at Sun-Earth L2?
4
Can mascons have Lagrange-like points? In principle? At the Moon?
18
Is there something inherently more difficult about servicing satellites in the 2nd Sun-Earth Lagrangian point?