Can the direction of a solar storm be predicted near Earth? Will it come from one direction?

So you are in a high orbit, or Lunar orbit, or at an EML point, and a solar proton event is on its way. Does the Earth's magnetic field make it difficult to predict the direction of impact on your spacecraft? Is the magnetic field of the Moon a significant factor?

I believe I saw somewhere a diagram showing magnetic lines causing a solar storm to hit the Moon on its night side, but I can't find it now. Can that happen?

I ask due to wondering if placing shielding against SPEs on only one part of a spacecraft, and then keeping that turned into the direction of the storm could work. I had also modeled a structure for a lunar base mock-up partly on the idea that if you are shaded from sunlight behind a barrier of sufficient thickness, then solar ionizing radiation is not a concern. But could the influence of magnetism cause dangerous ions to hit from other directions (in particular from above)?

Relavant NASA new article: Solar Storms can Change Direction, and here is a very pretty video that is somewhat relevant, showing the magnetic field lines of Earth warping under the influence of a solar storm:

To first order, everything will come from the Sun. This is more true further from the Earth.

One possibility is that increased radiation could further ionize parts of the atmosphere, and this plasma could be damaging if it hit the spacecraft in a different direction than the shields were protecting against.

The magnetic field of the Moon is significantly less than that of the Earth, so I would not expect it to play any significant role (other than providing some degree of shielding if the Moon is almost directly between the Earth and the Sun). A big reason for why it's so weak is because there's no central dynamo generating a permanent dipole magnetic field. The Moon's core "froze out", so the magnetic field that we can detect originates from crustal rocks that have fossil magnetization.

The Earth's magnetic field certainly will play a role, however, but how it interacts with the solar storm depends on the nature of the storm! Charged particles will be caught up in the Van Allen radiation belts via a phenomenon known as magnetic mirroring, causing them to spiral as they travel back and forth between the magnetic poles. Energetic photons will travel unfazed through the magnetic field. 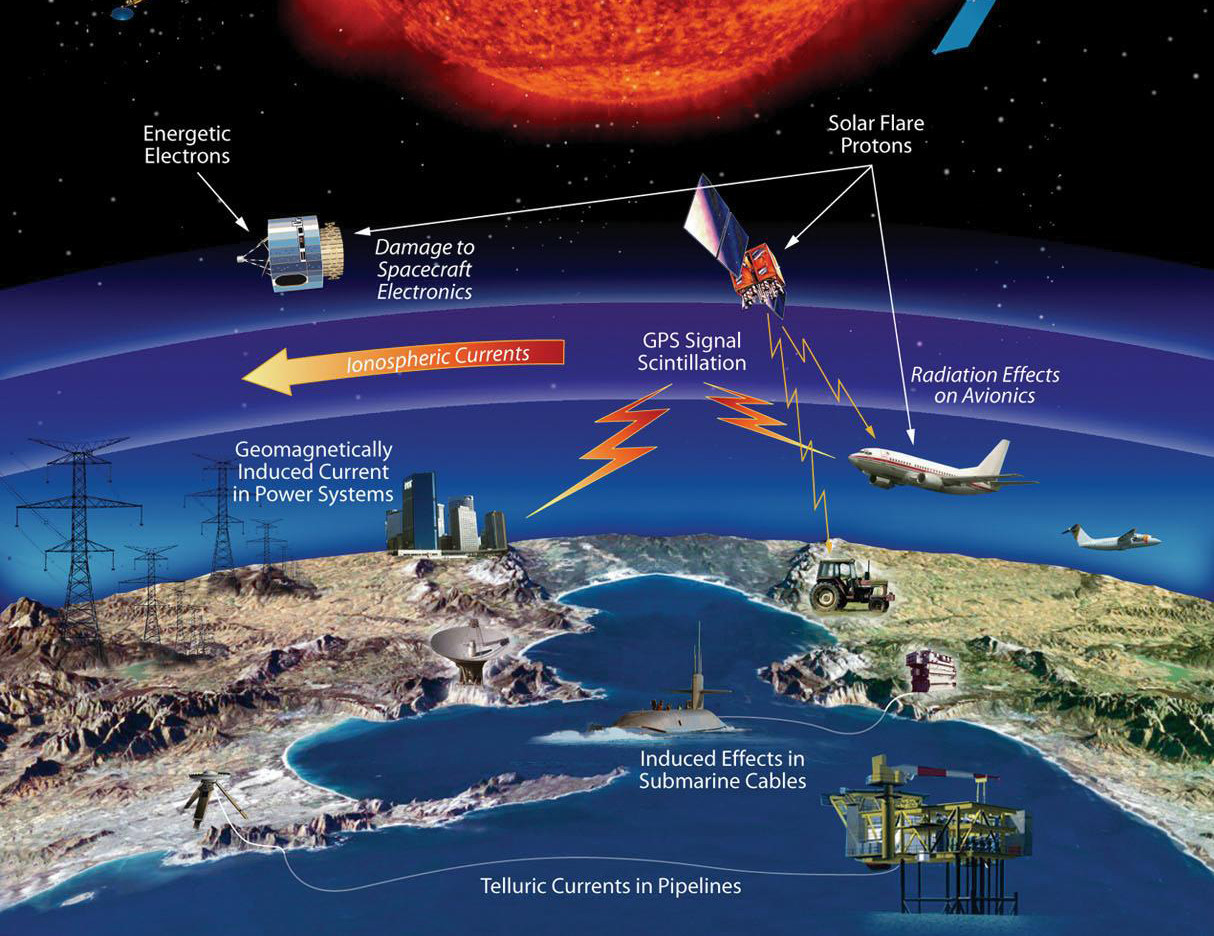 Not the answer you're looking for? Browse other questions tagged mission-design shielding space-weather or ask your own question.

3
Can a column of water pointed at the sun be used as a shield from solar flares?

17
How are the astronauts in the ISS protected from solar flares?
3
Can a column of water pointed at the sun be used as a shield from solar flares?
8
How are solar panels protected from the Sun?
7
How will the SpaceX ITS return from Mars?
5
How can a solar storm be predicted?
5
When a coronal mass ejection (CME) hits a spacecraft, from which direction will the particles come?
10
Is this plot of deep space trajectories correct? Did most launch retrograde from Earth? Why do some change direction between planets?
3
If a solar flare happened during a total lunar eclipse, would the Earth block the flare from hitting the moon? And for how long?