On April 10, 2015, Elon Musk tweeted 2 photos of the Dragon spacecraft being prepared for the CRS-6 mission: 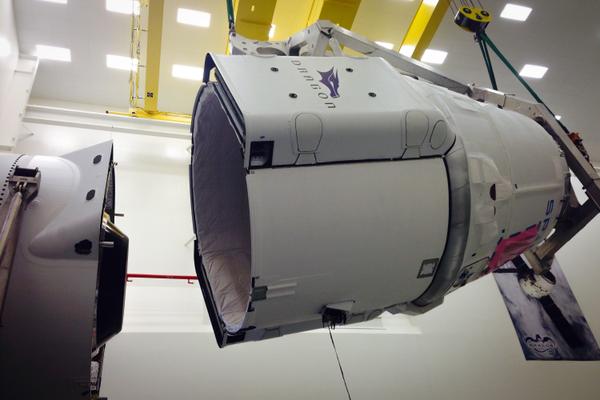 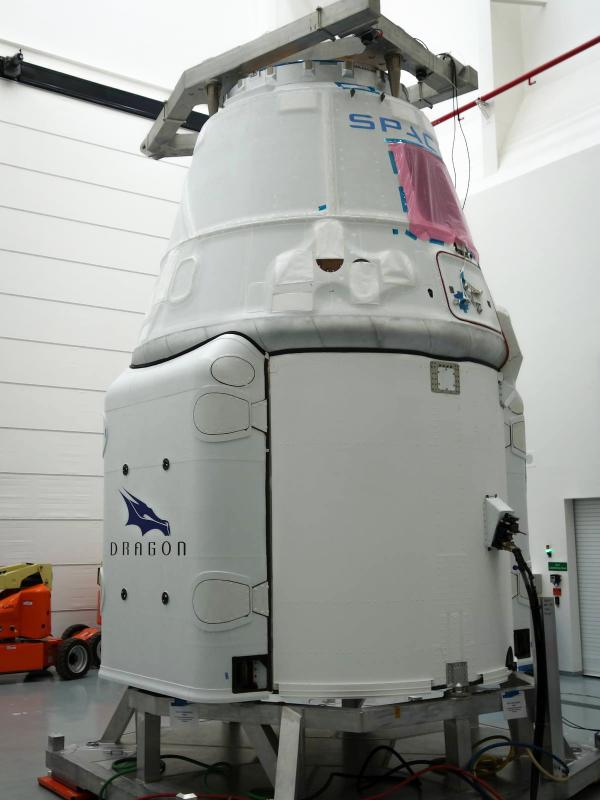 He said "points if you notice what's new". I'm wondering what is new about this Dragon?

It's the Dragon logo! That's it! They changed it from this: 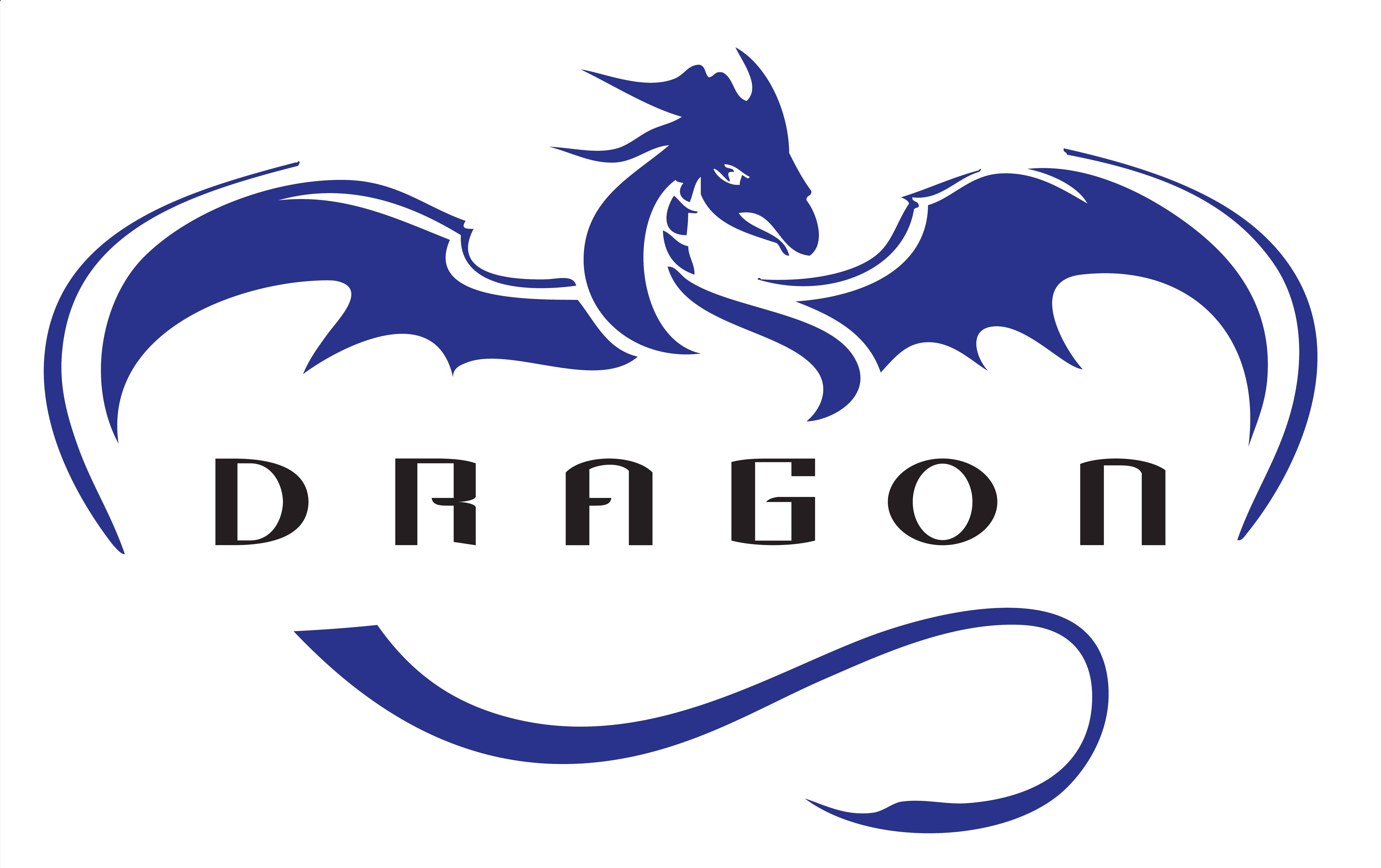 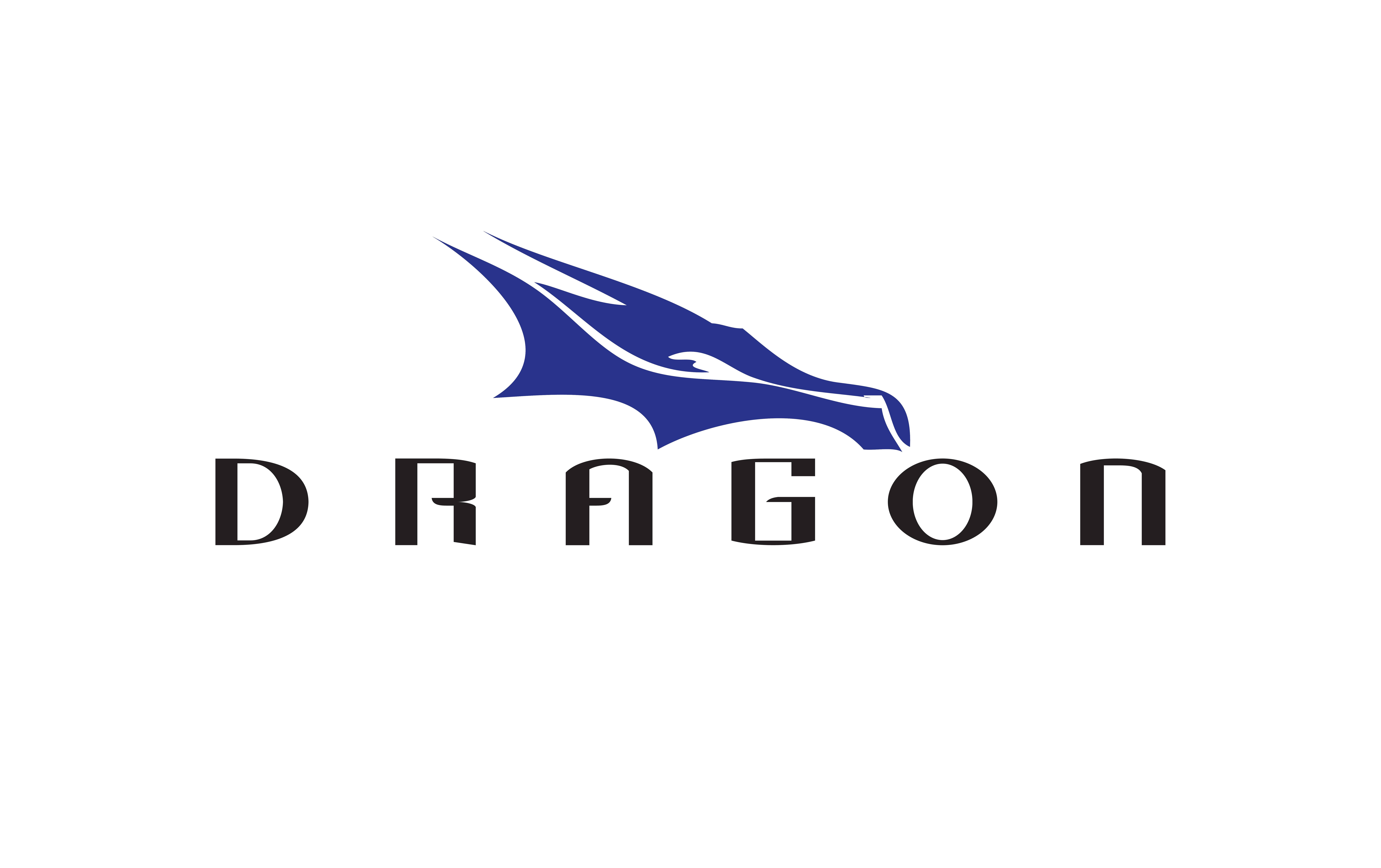 The logo was leaked to Reddit community /r/SpaceX a while back, and first appeared on the Dragon v2 test article. This is the first time it's making its appearance on a Dragon v1. My understanding for the change is that because Dragon v2 has no "wings" (extendable solar panels), they simplified the logo.

Also, don't be surprised if this is only one of a dozen or more changes in those pictures. It'll be the only public-facing change they'll announce, but SpaceX iterate on nearly every vehicle and rocket they make. There'll be a lot of other changes too.

Hans Koenigsmann, SpaceX vice president of mission assurance, spoke during the NASA pre-flight press conference and stated that the logo was the only change to the Dragon spacecraft.

Not the answer you're looking for? Browse other questions tagged spacex dragon or ask your own question.

8
Can the SpaceX Dragon leave the 'trunk' in orbit?
12
Why does SpaceX not label the Dragon capsules externally?
7
What Dragon was used in May 2015 Pad Abort test?
15
How much of Dragon might have survived the explosion of CRS-7 and for how long?
12
Why is Dragon the only spacecraft that is currently in use to not need a fairing for launch?
6
How many booster stages can SpaceX store at Cape Canaveral?
4
Reuse statistics of SpaceX Dragon capsules?
12
Why couldn't the (original) Dragon land in the Atlantic?
6
SpaceX Dragon 2 (Crew Dragon) Standalone Mission Duration