"Medihelion" is what I call the two points on a solar elliptical orbit where distance from the sun is the same as the ellipse's semi-major axis. These two points also correspond to the end-points of the ellipse's minor axis. 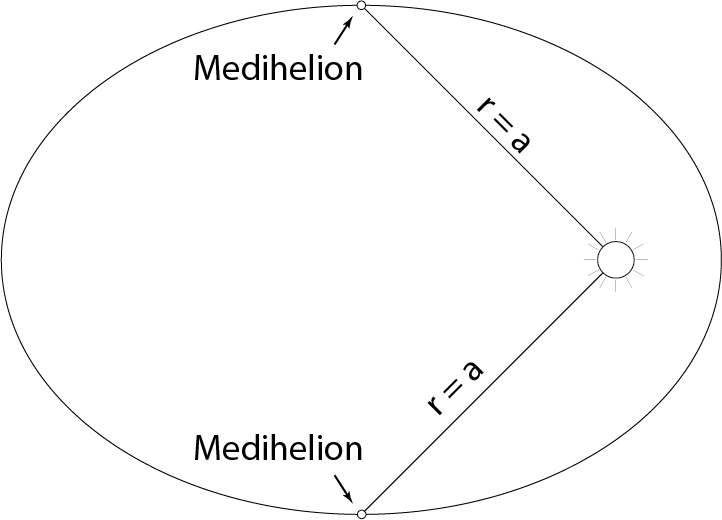 If "medihelion" is not kosher, is there a better name for these two points?

There is a name in geometry for the two points on the ellipse / conic section that you describe - they're called co-vertices: 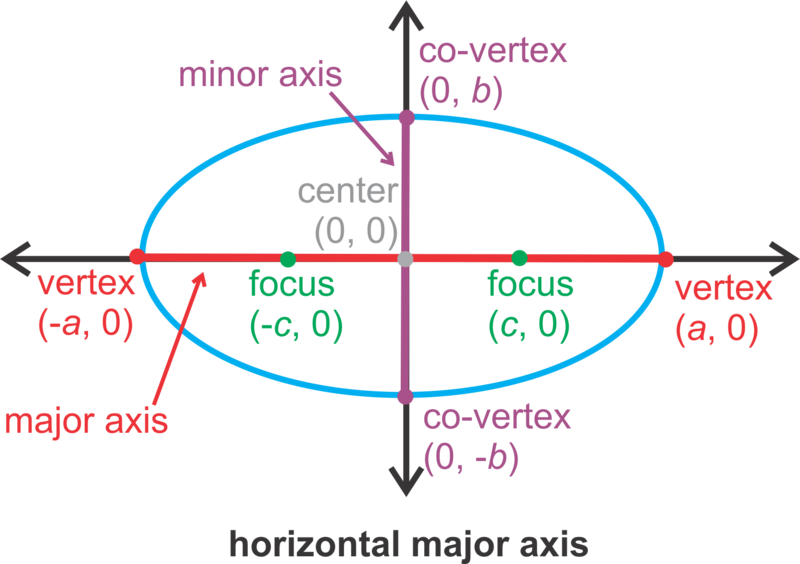 I wasn't able to find any mention of medihelion or mediapsis in literature, neither does it return any signs of life in Google's Ngram Viewer searching through large corpus of books from 1800 - 2008. So it looks like you could claim authorship of the new term.

As for your comment, if it wouldn't be bad form to slap on a Latin prefix to modify a Greek word – it wouldn't be a first. We also slap Latin prefices to English words all the time (e.g. preschool; prewar; prepay...) and majority doesn't seem to have any issues with it, even though there is a perfectly good Old English equivalent fore- for it.

No, it's not a word currently in use.

Also, I can't find an existing name for the ends of the minor axis of an orbit (or even an ellipse). As you noted there doesn't seem to be much use for the point, which would be why it's not named.

As TildalWave pointed out in a comment the general word would be mediapsis (-helion being the -apsis suffix for orbits around the sun), and that doesn't actually make sense when considering the modern use of -apsis (as in "apoapsis" and "periapsis"). To quote the wikipedia page for "Apsis":

An apsis (Greek ἁψίς, gen. ἁψίδος), plural apsides (/ˈæpsɨdiːz/; Greek: ἁψίδες), is a point of least or greatest distance of a body in an elliptic orbit about a larger body.

On the other hand, in a comment Mark pointed out that the etymology of apsis indicates that other usage besides peri- and apo- would be valid:

The term apsis is derived from the Latin word apsis, meaning "arch" or "vault," which can be traced back to the Greek word hapsis, meaning "loop" or "arch,"...

The lack of an existing name means if you want a name you'll have to make it up and "medihelion" at least sounds like part of an orbit (and arguably works as a use of the -apsis suffix). I'd recommend providing (or at least implying) a definition to mitigate the risk of people trying to look it up and being frustrated when they can't find it.

Not the answer you're looking for? Browse other questions tagged orbital-mechanics orbit terminology or ask your own question.

14
How do apsides of celestial bodies get their names?
1
Distant retrograde Orbit in CR3BP Question

6
How can you predict an orbit, based on an initial position and an initial direction vector?
3
How do you Model Hyperbolic Orbits?
4
What's a Brouwer-Lyddane mean semi major axis, or any other, for an orbit in a lumpy gravity field?
1
Finding the true anomaly
3
How to calculate angle in elliptic orbit?
6
How would off-apsis burn affect the angle and position of new apoapsis
2
How big is an orbit of “X by Y miles”?