Why did the RCS thrusters on Falcon 9 fire in the wrong direction?

In the video below we can briefly see the valiant attempt of a lone Nitrogen RCS thrust to keep the Falcon 9 upright during the failed landing attempt of CRS-6.

However, as the stage continues to tip more thrusters start firing [about the 10s mark in the video], but at 90° to the direct the stage is falling. They're obviously not helping keep the stage up.

Why did those thrusters fire?

Did the Falcon conclude that its cause was hopeless and tried to move itself away from the ASDS to minimize damage?

Looking at that video I'm not sure you're describing it accurately. I don't think it's actually 90 degrees from the fall direction. It's pretty much sideways but I'm not sure it's entirely sideways. If there was even a small component in the needed direction I can see the computer firing it because it wasn't programmed to recognize impossible--it saw it was tipped and tried to straighten the rocket using everything it had.

It is hard to judge what the rocket trying to do (to impute behavior to machine is may be to early). Anyway, the general impression of majority of people commenting these videos is that flight computer is confused.

The cold gas thrusters are used only for roll control at atmospheric decent phase so they should works in pairs. Cold gas thrusters (RCS in your question)are too week even to try to correct excess of angular velocity that killed the booster.

When gambled engine solely is used for attitude control the control forces are applied in single point. This way, the pitch/yawing control moments are coupled with uncompensated lateral force. Consequently, any attempt to compensate significant moments introduced by cross winds or wind shear inserts lateral force and deviation from target path. Imposed sideway velocities induce back aerodynamic pitch/yow moments. On the other hand, any divert move performed by single-ended attitude control is possible only by tricky tilt and set upright maneuver.

Evidently, on certain point, that highly nonlinear feedback becomes pathological and triggered a Stability Loss and hardover beyond recoverability.

Such deadly vacillation is caused of close frequency response of the lateral feedback interfere with the pitch/yaw channel. Figuratively speaking, the guidance computer is in vacillation between contradictive priorities: attitude stability and horizontal deviation. 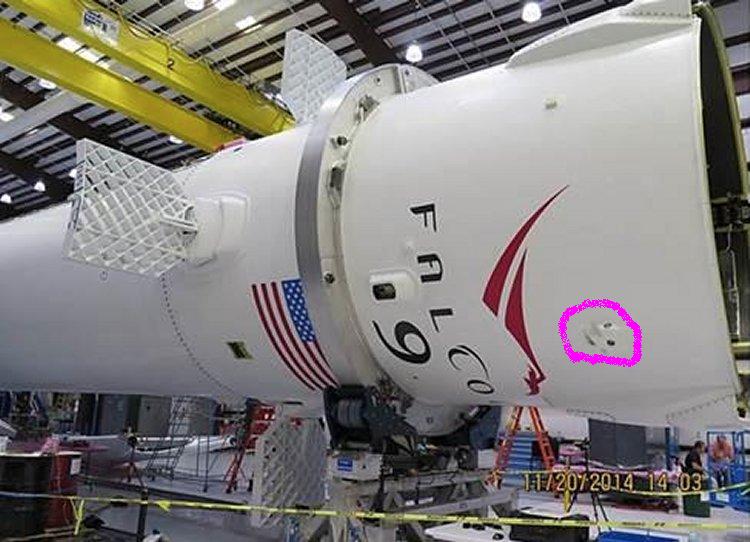 The thrust of cold gas thrusters may be estimated by their openings but even without calculations one may decide is it possible such two inches nitrogen nozzles may turn back 20 ton, 42 meter long vehicle in seconds.

The thrusters was activated most likely by axial twist after violent contact of legs with platform. 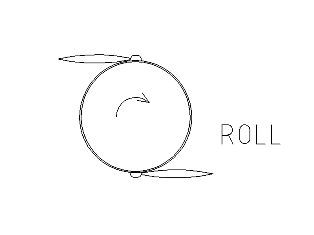 Not the answer you're looking for? Browse other questions tagged landing falcon-9 asds or ask your own question.

10
How does the Falcon 9 achieves horizontal flight control

6
Was any first stage recovery system tested on SpaceX Falcon 9 flight seven?
24
How does the Falcon 9 know where the landing barge/pad is?
5
When the CRS-6 Falcon 9 first stage hit the ASDS, did the Flight Termination System explode due to the heat of the fire?
7
Does the second stage of the Falcon 9 have RCS thrusters?
7
What did SpaceX change in the upgrade of the ASDS?
15
How effective are Falcon 9 1st stage grid fins in the last few seconds before landing?
19
Why does the video feed always fail during Falcon 9 landings?
0
From which direction was the Falcon 9 1st stage's landing approach (BulgariaSat-1)?
13
Why did the Falcon Heavy center core fall off the ASDS OCISLY barge?