Do Lagrange-like regions temporarily appear around planets with multiple moons?

Lasting Lagrange points only exist where two bodies of mass dominate. But in the midst of for example the synchronous Jovian moons, is there a calendar and map for when a spacecraft can be near enough to one of the moons for a moment, that there in effect exists Lagrange points in relation to that moon and Jupiter?

Would that be useful for spaceflight? Such that when Io passes by, the spacecraft suddenly finds itself in a Lagrange like balance and could change its trajectory or orbit with less effort?

The trajectories they look at are those with a C3 close to zero (near parabolic) in the regions of the L1 or L2 necks. If a spacecraft is traveling just under or just over the moon's escape velocity in the moon's neighborhood, there may a big variety of trajectories emanating from the moon's L1 and L2 necks.

A quantity to look at is $\mu$. No, not G * m. In 3 body mechanics $\mu$ tells you how much more massive the central body is than the orbiting one.

If $\mu$ is tiny, nudging a payload from the L1 or L2 necks will result in a path nearly indistinguishable from the moon's orbit (Phobos and Deimos, I'm looking at you).

Here's a screen capture from one of my spreadsheets. I tinted the cells for $\mu$: 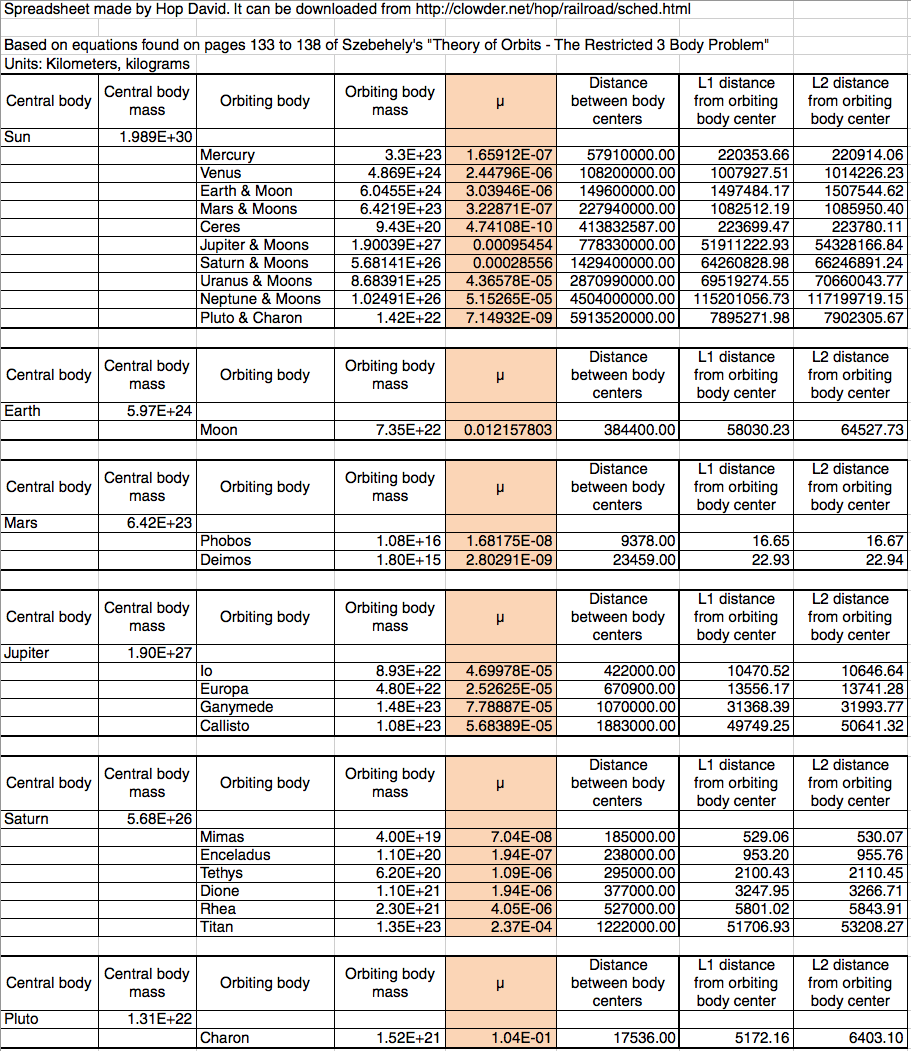 Jupiter's big moons have more substantial $\mu$ s than the tiny Mars-Sun and Earth-Sun $\mu$ s you've seen me complain about. Are they big enough to allow travel from moon to moon via WSBs between L1 and L2 necks?

This afternoon I had time to play with it. Here's a drawing of orbits of the 4 Galilean moons along with orbits payloads would follow if nudged from L1 or L2 necks: 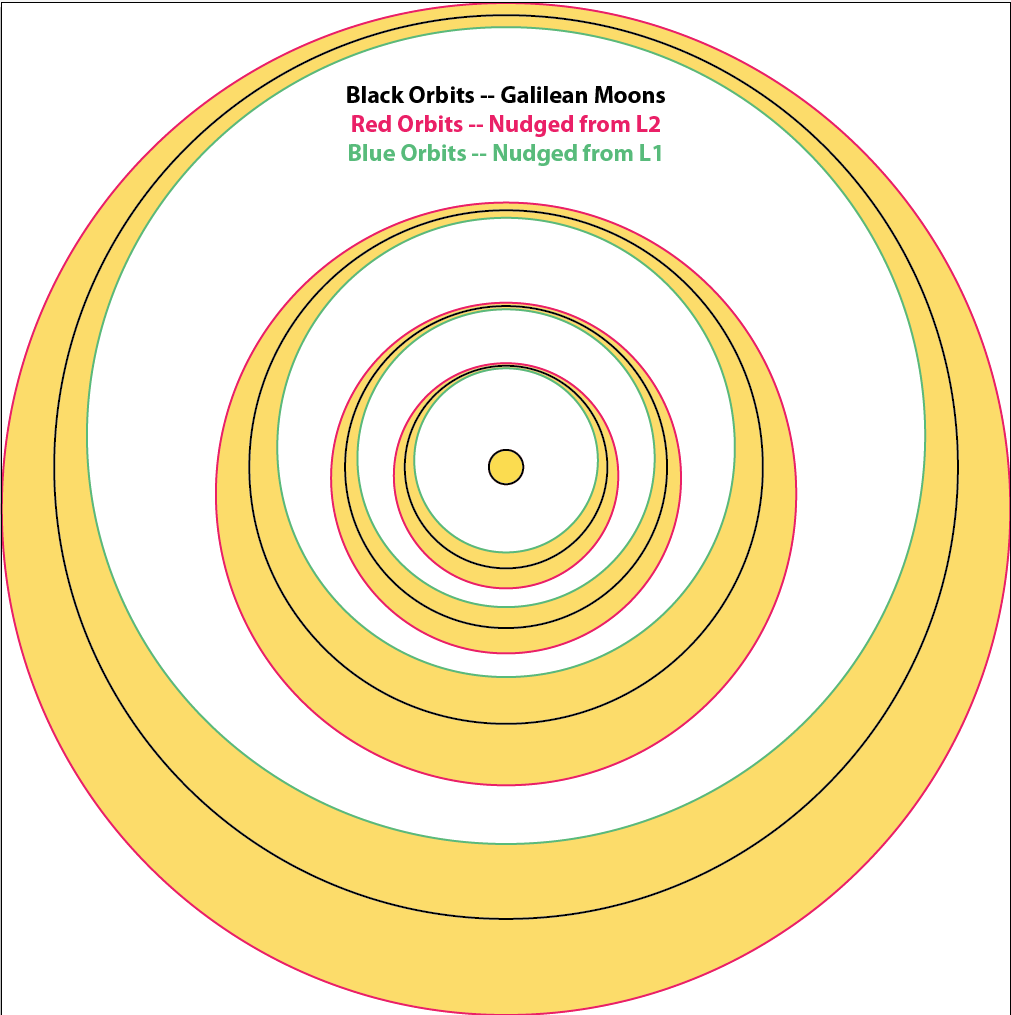 At first glance it doesn't look like something nudged from Callisto's L1 would find it's way to Ganymede's L2.

But repeated passes by a moon will alter the orbit. Here is a screen shot where pellets are nudged from Ganymede's L1:

On the left side are pellets shortly after being nudged from an L1 where the sim has the same $\mu$ as Jupiter/Ganymede. On the right are the same pellets after the pellets orbit for a time. You can see repeated perturbations from Ganymede cause the pellets to wander over a larger territory.

At this time I believe payloads drifting out of one moon's Lagrange neck could possibly find their way to another moon's Lagrange neck via weak stability boundaries. And given these moons have periods on the order of days or weeks, using these paths might even be practical.

The Jovian moons are big enough that a moon swing by could drop a barely hyperbolic Jovian orbit into an elliptical Jovian capture orbit. I suspect the Jovian moons could play an interesting pinball game with such a captured object.

Not the answer you're looking for? Browse other questions tagged orbital-mechanics lagrangian-points moons or ask your own question.

7
What, if any, libration points exist in systems of multiple orbiting bodies?
4
Is Dawn's upcoming low periapsis orbit for XMO7 "resonant"?