Why was Dragon sent to the isolation room?

I'm asking about this photograph that was published on SpaceX Flickr photostream, which I also noticed in a few recent articles (e.g. this one) about the upcoming Crew Dragon pad abort test: 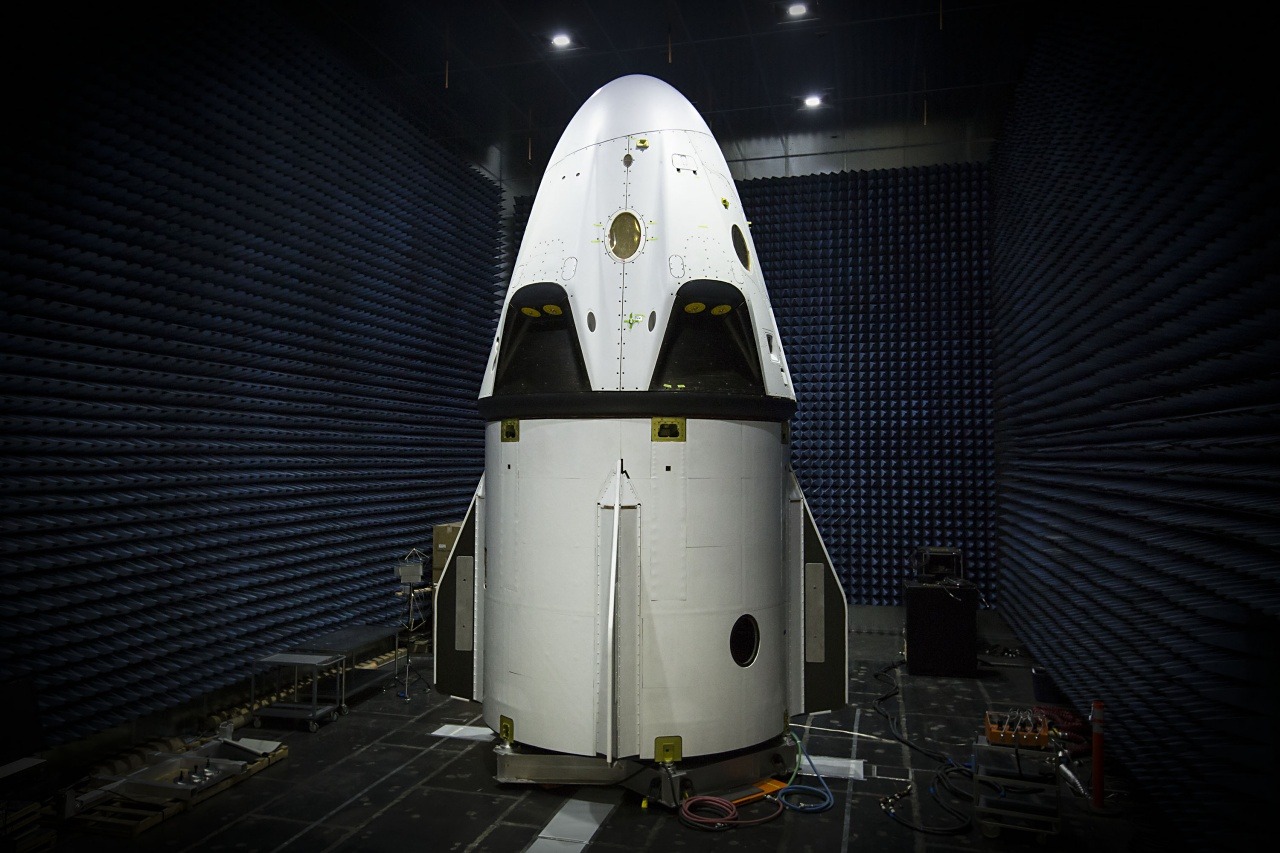 SpaceX wasn't too descriptive under it:

But if I look around the Dragon, it appears to have been taken to some sort of an isolation room. Not any usual sound-proof room either. To me, it resembles more a tempest shielded room of sorts (to prevent electromagnetic emanations, tho this one's purpose might be exactly the other way around and to prevent environmental EM noise). Especially if I zoom in on those walls. Those things are spiky with darker, what seems to be different material tips, so it can't merely be some soundproof foam.

There also appear to be some rather interesting instruments lying around that slightly resemble what you'd expect a rock band would use - a guitar amplifier with preamplifier on top of it at the far back right, guitar effects unit to the Dragon's right, some electric guitar cords all around, and an odd looking note stand on the left - but I very much doubt they were staging a rock concert or singing the Dragon lullabies. So to my questions:

Obviously, this is a bit of a fun question, but I'd still appreciate answers with references. My guess is that this room was used to test and calibrate all the sensors aboard the Crew Dragon test vehicle (if I remember correctly, roughly 270** of them in total will be used) in an electromagnetic interference free environment, but I wasn't able to confirm that. Nor did I find out how many sensors (if any) Buster carries, or if he indeed ever saw this room on the photo. Did he?

*Buster is the name of a crash test dummy that SpaceX will use during the pad abort test.
**I remembered correctly, here's the article I read that in.

That is an anechoic chamber.

An anechoic chamber ("an-echoic" meaning non-reflective, non-echoing or echo-free) is a room designed to completely absorb reflections of either sound or electromagnetic waves. They are also insulated from exterior sources of noise. The combination of both aspects means they simulate a quiet open-space of infinite dimension, which is useful when exterior influences would otherwise give false results.

Apparently, they also do electromagnetic interference testing inside what looks to be the same chamber, as just said by Elon Musk: 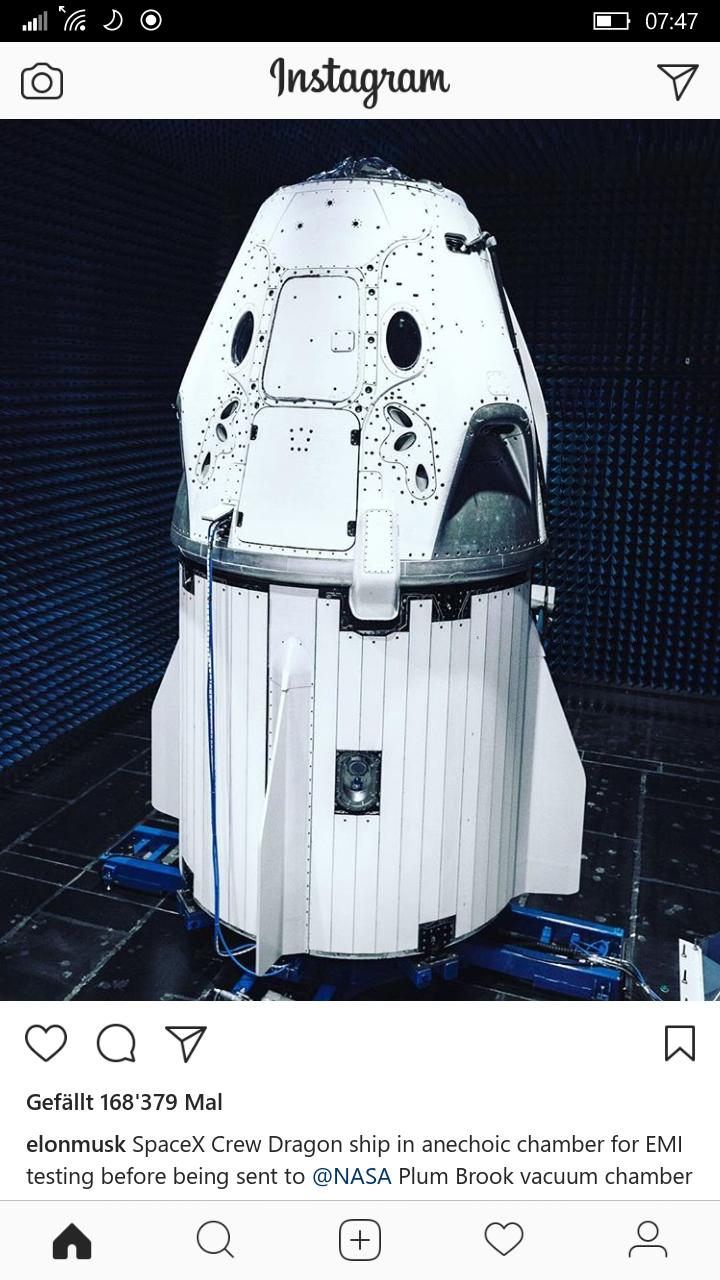 Not the answer you're looking for? Browse other questions tagged spacex crewed-spaceflight testing dragon-v2 launch-escape-system or ask your own question.

9
Why will SpaceX do Pad Abort test from a truss, not a real first and second stage?
22
Why does SpaceX have a launch window for a pad abort test?
5
Why is the SpaceX Pad Abort test starting at ground level?
4
How will the Dragon 2 perform a pinpoint landing without aerodynamic controls like the F9R did?
2
Could the Dragon 2 abort after trans-lunar injection?
4
Why is ISRO Launch Escape System so SLOW?
6
Crew Dragon SuperDraco Engine Covers
25
Why was the SpaceX abort test not initiated by real booster failure?