It seems that some "abnormal situation" (нештатная ситуация) happened about a minute before Briz-M upper stage ignition, possibly during third stage separation of the International Launch Services' Centenario / Mexsat 1 mission, launched atop Proton M rocket, and the live webcast was cut about 10 minutes earlier than scheduled without expected report on the third stage separation and Briz M upper stage ignition.

For easier reference, since I likely got some of what I describe above wrong, here's the relevant part of Centenario mission's profile with timeline, ground track, and trajectory: 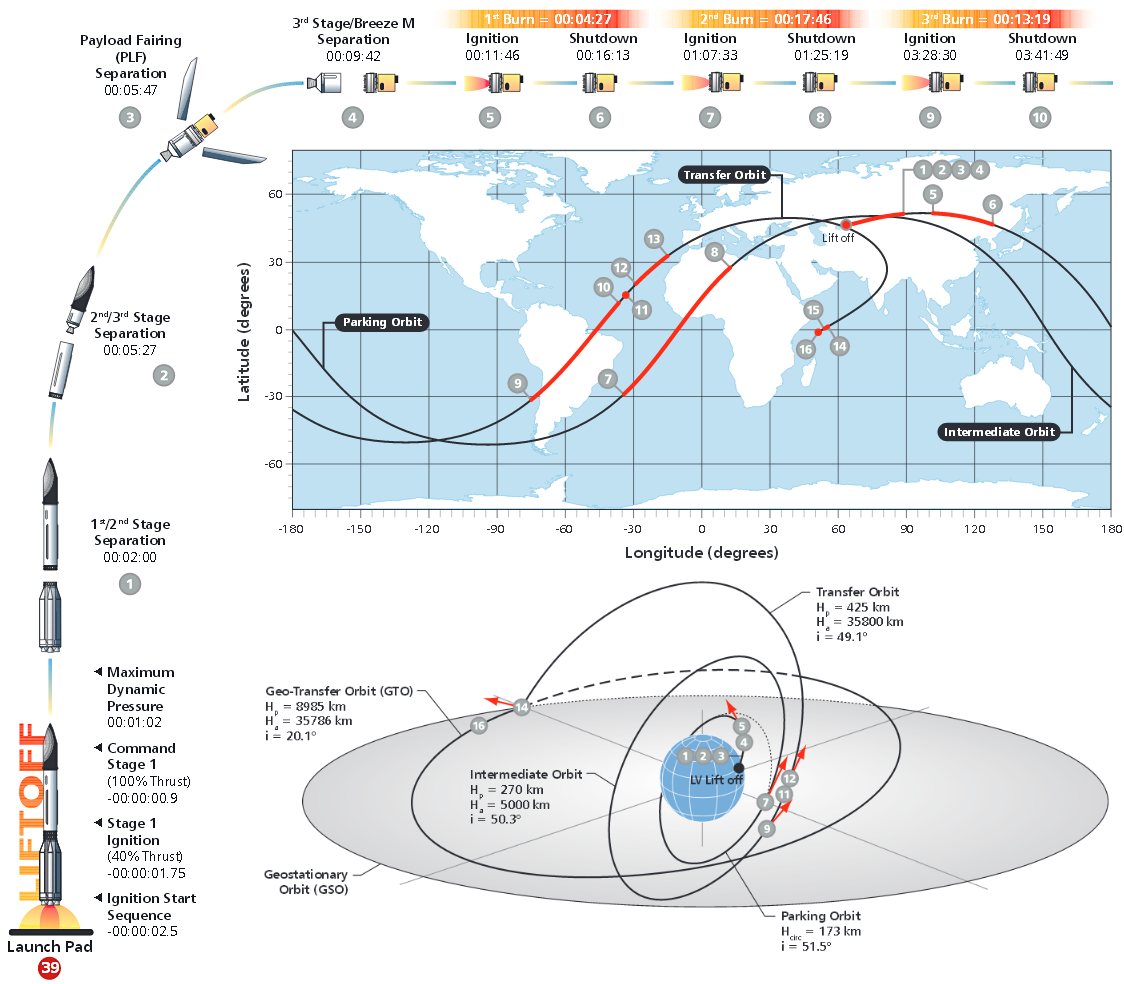 So far, not much else seems to be known about it, except what news Russian agencies hurried with minutes after webcast stopped, for example RIA Novosti or TASS. What I'm interested here is whether this launch anomaly has been confirmed, and if that's the case, what are its consequences. In particular, regarding potential orbital debris that such late deployment anomaly could cause.

Khrunichev and International Launch Services (ILS) regret to announce an anomaly during today's Proton mission with the Centenario satellite. The satellite was built for Mexican government’s Ministry of Communications and Transportation, the Secretaria de Comunicaciones y Transportes (SCT) by Boeing Satellite Systems International.

The Proton Breeze M rocket lifted off at 11:47 local time from the Baikonur Cosmodrome, carrying the Centenario satellite. Preliminary flight information indicates that the anomaly occurred during the operation of the third stage, approximately 490 seconds after liftoff.

A Russian State Commission has begun the process of determining the reasons for the anomaly. ILS will release details when data becomes available.

TASS is also reporting a helicopter being dispatched to investigate reports of falling debris.

Not the answer you're looking for? Browse other questions tagged launch debris failure proton-m ils or ask your own question.

6
Why do Proton rockets use two types of main engines in its second stage?
12
What went wrong with the CRS-7 launch?
7
What will the next ISS resupply launch be named?
19
What would have happened if only one Space Shuttle SRB ignited?
1
What is the latest GSO capacity for the Russian heavy launch-vehicle Proton-M?
11
What causes a rocket to be destroyed during launch other than leaking fuel?
22
What happened to the Apollo 1 rocket?
6
What were the space shuttle’s emergency procedures for an SRB or ET separation failure?
5
Does the Proton-M have a launch termination system?
3
What happened to the launch debris that the US dropped on Cuba? Was it noticed or reported?