Is this photo of Mars in color?

This recently released terrain of Mars as taken by the Curiosity Rover looks like it was done in black and white. Is this really how it looks like to the naked eye? 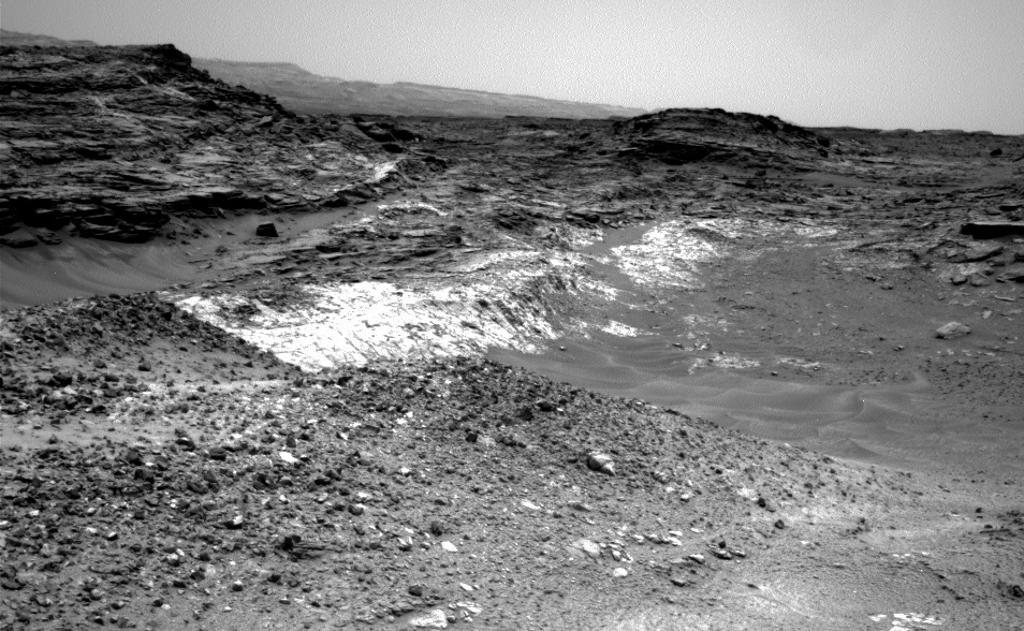 No, two pairs of MSL (Curiosity) Navcams are black & white visible light stereoscopic (45 degree angle of view) cameras. They're mounted on a mast at a rough height of what a human would see if standing on the surface of Mars and the paired cameras (left and right pair) enable stereoscopic 3D view. Or, straight from the horse's mouth:

Mounted on the mast (the rover "neck and head"), these black-and-white cameras use visible light to gather panoramic, three-dimensional (3D) imagery. The navigation camera unit is a stereo pair of cameras, each with a 45-degree field of view that will support ground navigation planning by scientists and engineers. They work in cooperation with the hazard avoidance cameras by providing a complementary view of the terrain. 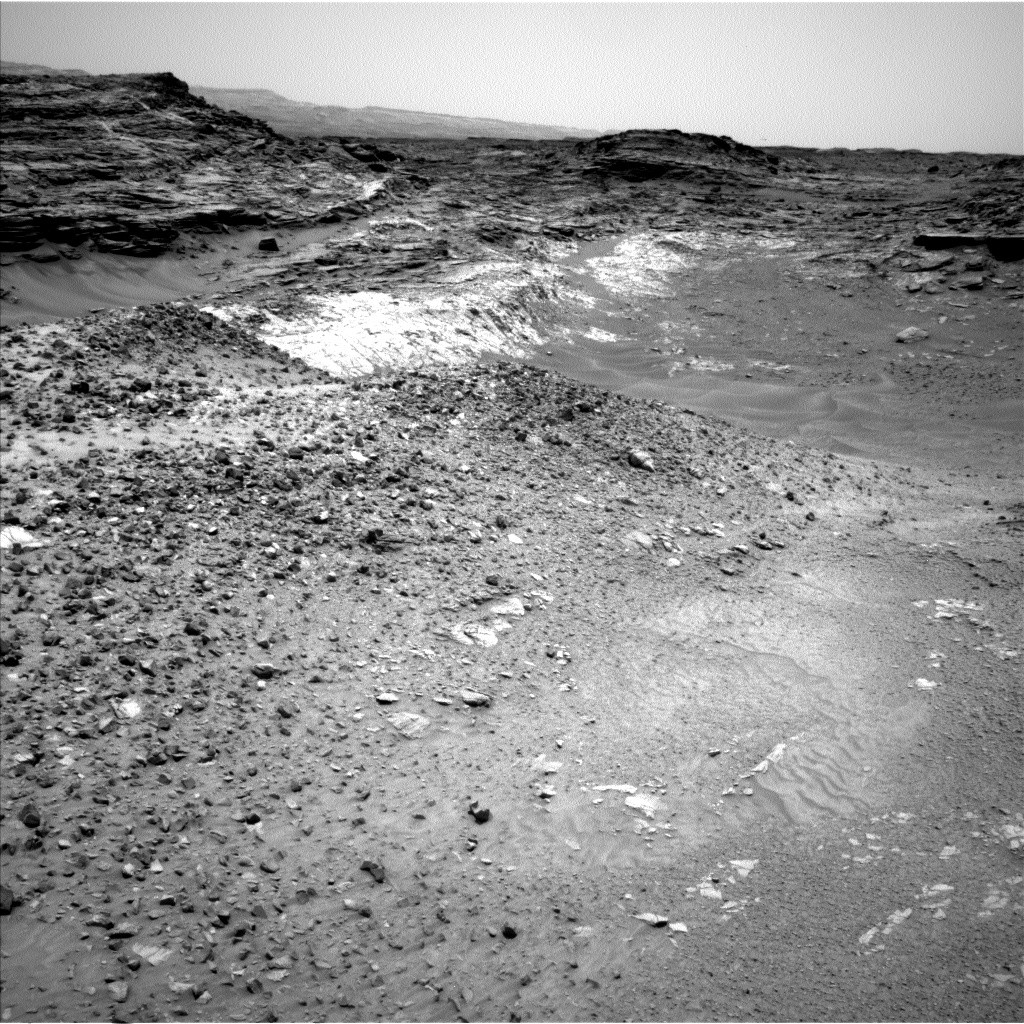 This frame's timestamp should help you identify other raw images from engineering and science cameras on MSL that would match MSL's point of view. Closest color images from Mastcam (Mast Camera) are here, for example, this frame shows a part of the Navcam frame (but is narrower field of view): 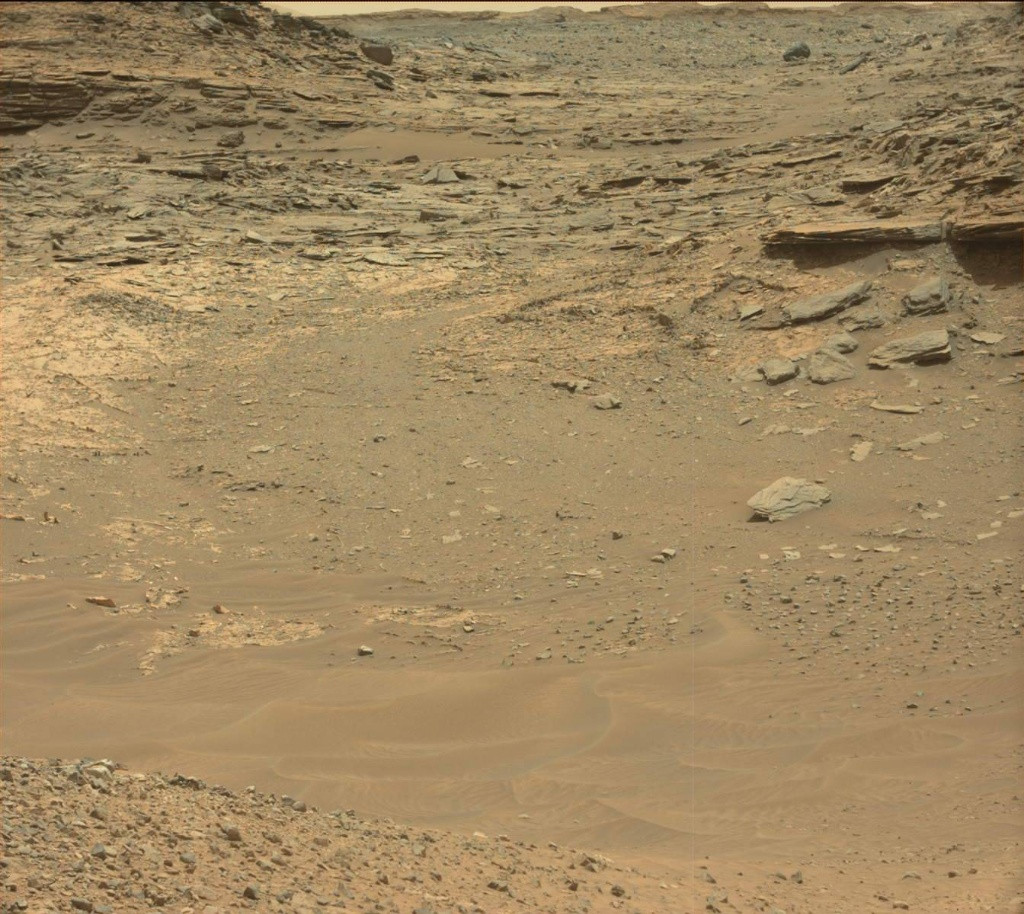 So no, the image you attach wouldn't be exactly what you'd see if you were at the same spot on Mars as MSL was on Sol 991 because it lacks colors, but it does have geometric fidelity of what you'd see in black & white with a single (left) eye. And it has a right Navcam pair taken at exactly the same time from exactly the same spot so, in time, there should also be anaglyph 3D images available from the same area. Or, if you're skilled in image editing software, you could make your own: 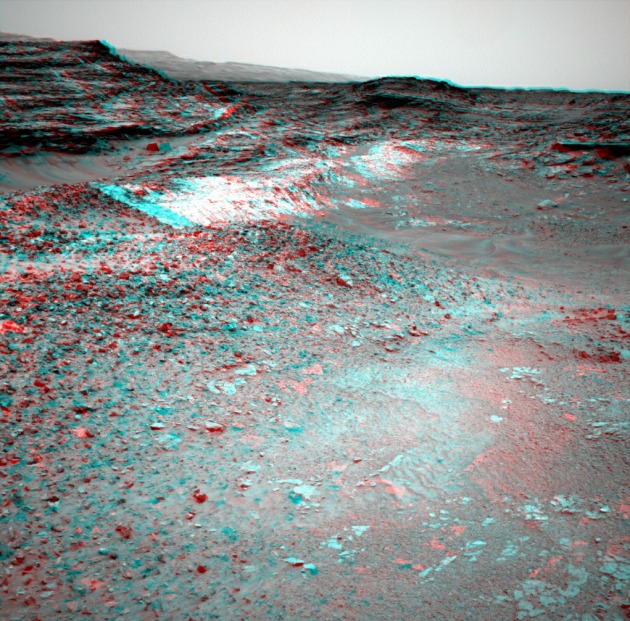 So put on your anaglyph 3D (red & blue) glasses and click on the image above for full resolution. Made out of already mentioned left and right stereo pair frames.

Not the answer you're looking for? Browse other questions tagged mars planetary-science curiosity navigation imaging or ask your own question.

31
Who took the Curiosity rover's self-portrait photo from the surface of Mars?
17
What are the black and white circular patterns on the Curiosity rover?
18
What is the mysterious “Ball of Mars”?
7
How are these 3D terrain models of Mars generated?
10
What makes materials on the Moon look so different when the sun is high?
0
Color-correcting photos on Mars so that things look like they would on Earth - is it a big correction?
6
Where exactly on Mars was Curiosity when this image was taken?
7
Gravel on Curiosity Rover?
6
White crack infill on the surface of Mars in the Gale Crater