The final retroburn began at ~250 m/s. A flight instability is observed at airspeed < 100 m/s. The legs opened possibly contributed to said instability. 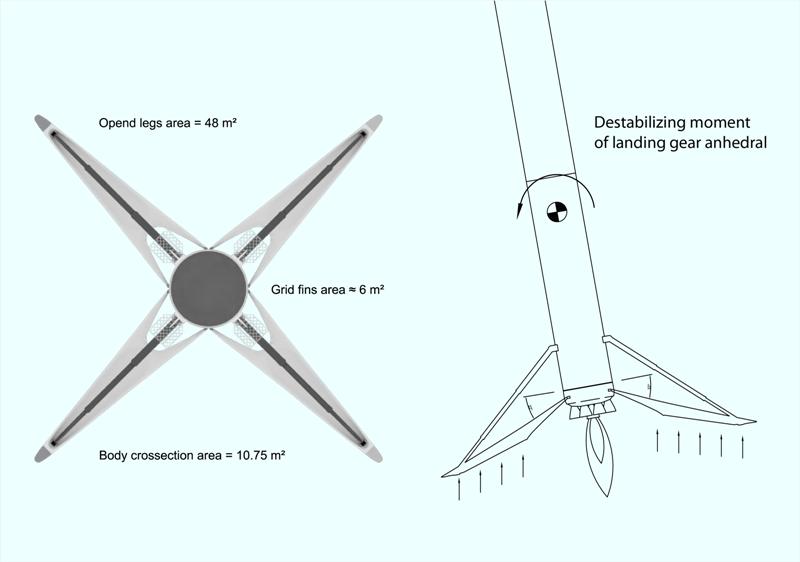 Does anybody have more information about low speed aerodynamic studies on F9R.

Yes, see the quote below. And to complement those wind tunnel tests, SpaceX also uses F9R Dev (formerly known as Grasshopper) test vehicles to test their VTVL (vertical takeoff, vertical landing) technology in the subsonic regime. Here's one video (out of many) how that looks like:

This test (F9R 1000m Fin Flight) included all aerodynamic control surfaces that a Falcon 9 first stage would use.

But, for deceleration to subsonic regime, which these F9R Dev test flights don't yet include, SpaceX is being helped by NASA and there have indeed been wind tunnel tests (176 runs) done in NASA's Marshall Space Flight Center. According to this article on Physics.org from May 2012 :

Under a Reimbursable Space Act Agreement, Marshall conducted 176 runs in the wind tunnel test facility on the Falcon 9 first stage to provide SpaceX with test data that will be used to develop a re-entry database for the recovery of the Falcon 9 first stage. Tests were conducted at several orientations and speeds ranging from Mach numbers 0.3, or 228 miles per hour at sea level, to Mach 5, or 3,811 miles per hour at sea level, to gauge how the first stage reacts during the descent phase of flight.

To pay it forward a bit, NASA also does such test of VTVL and ALHAT (Autonomous Landing Hazard Avoidance Technology) technologies with test flights, recently for example with Project Morpheus that is interestingly explained by Jon Olansen (Manager, MORPHEUS Project, NASA JSC) in this video from ExploreMars' 2015 Humans 2 Mars conference, roughly 23:30 into it. In that same video, about 21 minutes into it, Michelle Munk (Principal Investigator for EDL, NASA LaRC) also describes NASA-SpaceX cooperation on Supersonic Retropropulsion (SRP) and what NASA is getting out of it, not only the other way around. And about 54 minutes into it, Josh Brost (Account Manager, SpaceX) explains a bit more of what SpaceX is currently doing, too.

Not the answer you're looking for? Browse other questions tagged spacex landing falcon9-r aerobraking or ask your own question.

8
Is it a problem that Falcon 9R landing legs are getting sizzling hot and catching flames during booster landing?