What Dragon was used in May 2015 Pad Abort test?

Originally it was suggested by Elon Musk that the Dragon shown at the unveiling was the test article, or at least large components of it, to be used in the Pad Abort (May 6, 2015) and then the Max drag abort test due later in 2015.

However, in forums, people are suggesting that in fact the Dragon used for Pad Abort was not the demoed Dragon and instead was a earlier Dragon model retrofitted with Super Dracos.

The core evidence offered was the interior shots shown in some video I cannot find look very different from the demoed Dragon V2.

I cannot find evidence either way at this time.

The best I've been able to come up with is interior shots from the unveiling and of the test article (complete with test dummy), but I'd say the visual difference is a pretty compelling argument that at least the hull of the test vehicle isn't the one used in the unveiling:

A still from the video of the unveiling, Elon climbing in: 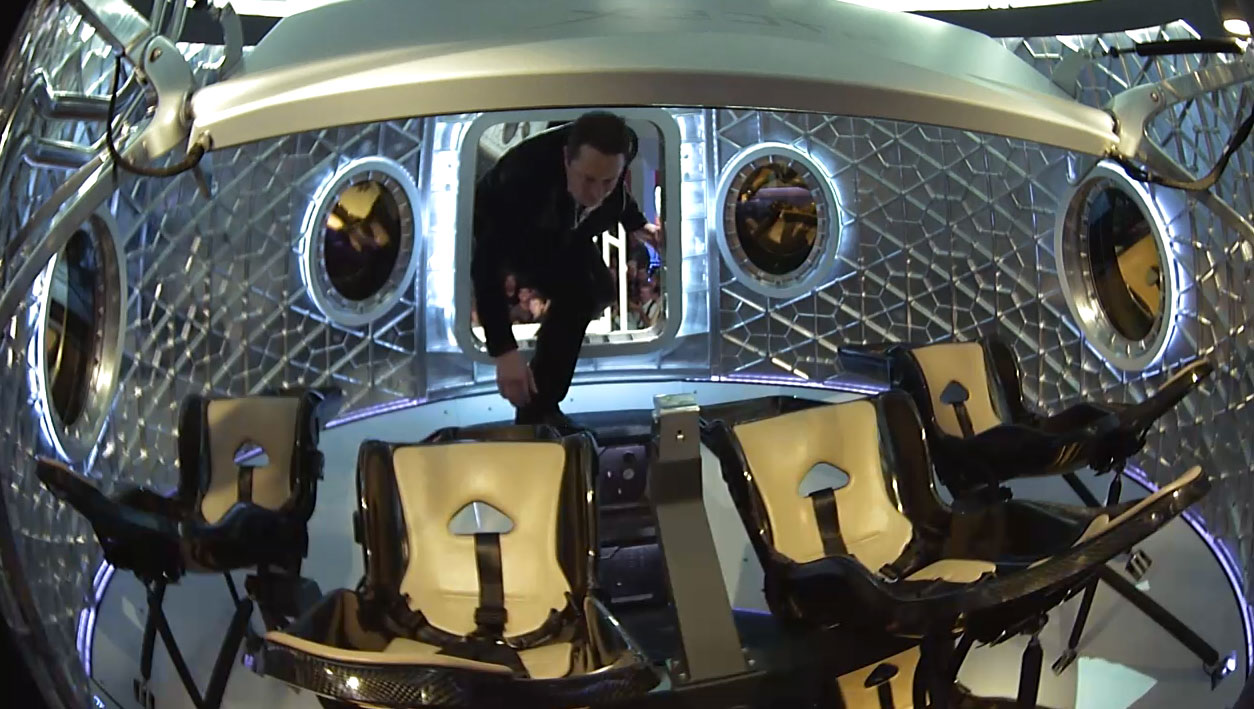 Test vehicle with test dummy and mass simulators for the other seats (from spacex.com): 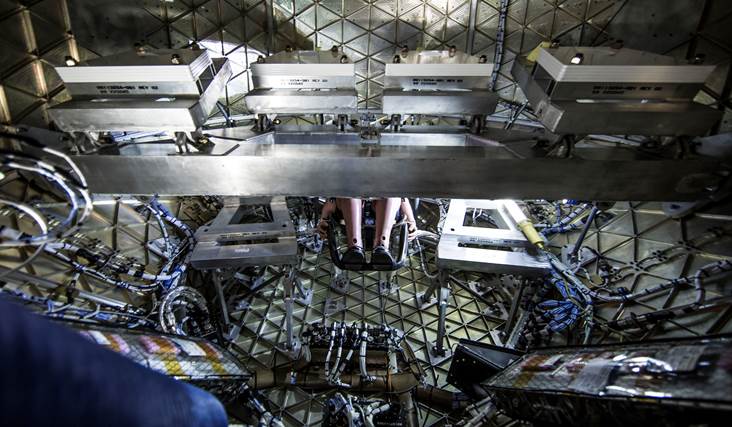 Note the differences in the isogrid pattern, that's not something I would imagine you could readily replace.

Also, from here describing the test vehicle: "There are no actual windows in the capsule, with gold mirrors mimicking the outer windows of the operational Dragon 2." while you can clearly see windows (and see through them to show they're not painted on) in the unveiling picture.

Not the answer you're looking for? Browse other questions tagged spacex dragon testing dragon-v2 or ask your own question.

25
When SpaceX claims to build 4 engines/week, which engines do they mean?
9
Why will SpaceX do Pad Abort test from a truss, not a real first and second stage?
5
How has the Dragon v2 been tested before its launch pad abort test?
5
Why is the SpaceX Pad Abort test starting at ground level?
17
Why was Dragon sent to the isolation room?
28
What makes 21st century fairings so valuable that they'd potentially be recovered and re-used?
18
Has any payload been as silly, as the Falcon Heavy's Tesla Roadster?