What is a “Sailboat Island of Stability”? 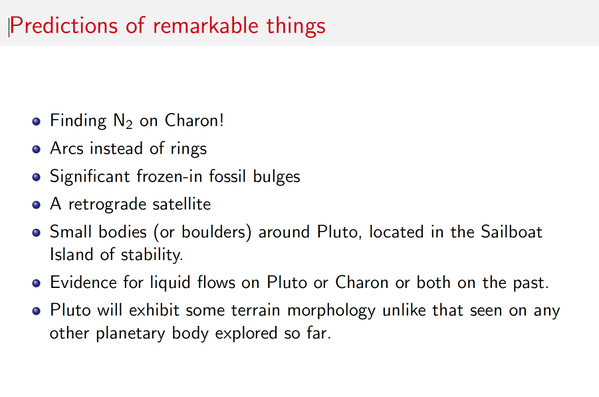 The “Sailboat Island” gets its name from a Poincaré Surface-of-Section (SOS) plot of potentially stable S-type family of orbits in the Pluto-Charon system. From NASA Ames' blog post titled Playing Marbles at Pluto. Looking at the Dynamic Dust Environment. Generators, Sweepers, and Sweet-Spots by Kimberly Ennico:

Othon Winter (UNESP Brazil) spoke about “On the Relevance of the Sailboat Island for the New Horizons Mission.” In investigating where particles would find stable orbits, their modeling predicted a region where there was a cluster of orbits characterized by high eccentricity (e= 0.2 to 0.8) and located around 0.6 Pluto-Charon semi-major axis (i.e. between Pluto and Charon). They nicknamed it “Sailboat Island’ because on a eccentricity vs. distance from Pluto plot it looked like a sailboat. This population of “stable orbits” had not been predicted from previous work.

The figure above is taken from Giuliatti Winter et al 2010 where they describe a family orbits called S-type that are stable. The plots are in d vs. e. where d, on the x axis is the Pluto-centric semi-major axis (how far from the Pluto barycenter) and e, on the y axis is the eccentricity. The “white” areas are orbit solution that were found to be stable. Area ‘1’ is the “Sailboat Island” described in the talk. Left are prograde (inclination=0) orbits, right are retrograde (inclination=180 degrees) orbits.

From A PECULIAR STABLE REGION AROUND PLUTO AND ITS ROLE ON THE NEW HORIZONS MISSION TRAJECTORY (PDF), whose list of authors, among others, includes already mentioned Othon C. and Silvia M. Giuliatti Winter, UNESP São Paulo State University, Brazil: 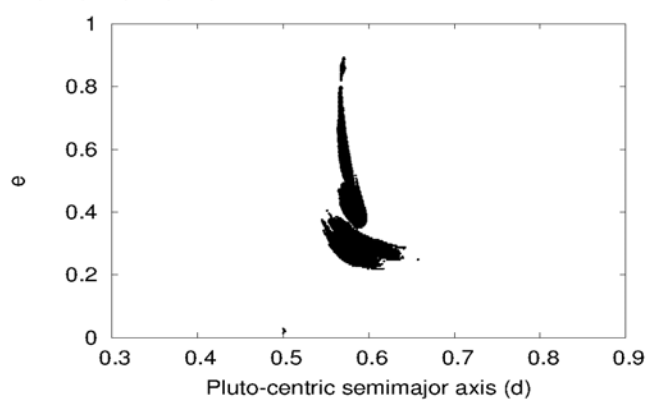 Figure 1: Diagram of $a$ [semi-major axis] versus $e$ [eccentricity]. The small stable region is shown in black. The nominal parameters of the particles are: $ω,= 0$ and $Ƭ > = 0$, where $ω$ is the argument of pericentre and $Ƭ$ is the epoch of the pericentre. 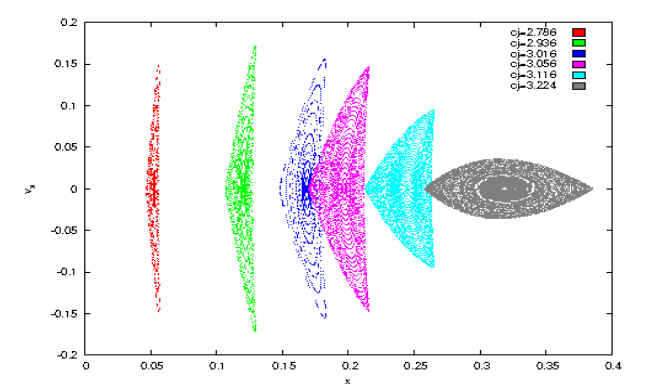 Figure 2: A sample of Poincaré surface of sections for six different values of the Jacobi Constant. In each case are shown only those points associated to the periodic and quasi-periodic orbits of the family “BD” (Broucke, 1968), which corresponds to the small region (Fig. 1). 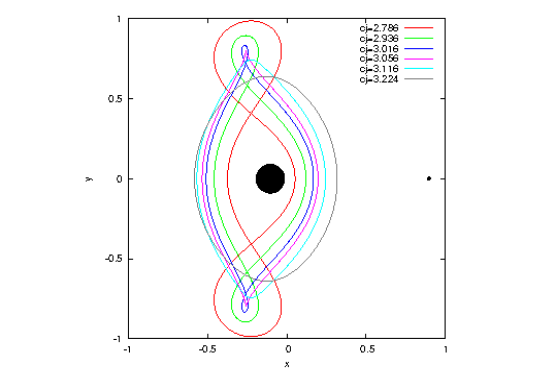 Figure 3: The set of periodic orbits, in the synodic frame, for the different values of $C_J$ as shown in Figure 2. The barycentre is located at 0.

New Horizons' nominal trajectory passes near this region of “Sailboat Island” trajectories, the closest at about 1650 km. It is still unclear if New Horizons will have to adjust its trajectory to avoid any possible debris in its path, but with observations made so far, all seems clear. Alan Stern, New Horizons PI, describes possible alternative flyby trajectories in this article.

Not the answer you're looking for? Browse other questions tagged orbital-mechanics orbit terminology new-horizons pluto or ask your own question.

10
Pluto's satellites other than Charon orbits around Pluto or center of gravity between Pluto and Charon?
4
When New Horizons is closest to Pluto, how fast will it be going (km/s)?
1
Pluto orbiter mission design

20
At what approximate distance will the New Horizons spacecraft resolve Pluto better than the Hubble Space Telescope?
12
How accurate are modern ephemerides, and how does their accuracy degrade over time?
14
If we could send an orbiter to the Pluto-Charon system, could we put it in a stable orbit?
6
Timing shadows from the Kuiper belt! Any news? Did it work?
4
Will the upcoming observations of occultation by Arrokoth (2014 MU69) be of a single object, or two?
7
What angular resolution is expected during New Horizon's flyby of Ultima Thule?
2
Did New Horizons use its smaller medium-gain antenna for most/all downlinking of Pluto and Arrokoth flyby data?
10
How “locked” are Pluto and Charon? How much does each librate as seen from the other?