What is the mist on Saturn V during launch? [duplicate]

Ask Question
Asked 5 years, 11 months ago
Active 5 years, 9 months ago
Viewed 7k times
5
$\begingroup$
This question already has answers here:
What are the droplets/particles falling off rockets at launch? (1 answer)
What is the vapour/smoke that comes from a rocket before launch? (2 answers)
Closed 5 years ago.

There seems to be a consistent mist effect around the Saturn V when launched. It looks like rapidly evaporating water.
What is the material?
What is the purpose?
Did it come from the rocket itself, or from something at launch (water from the ground or air?) 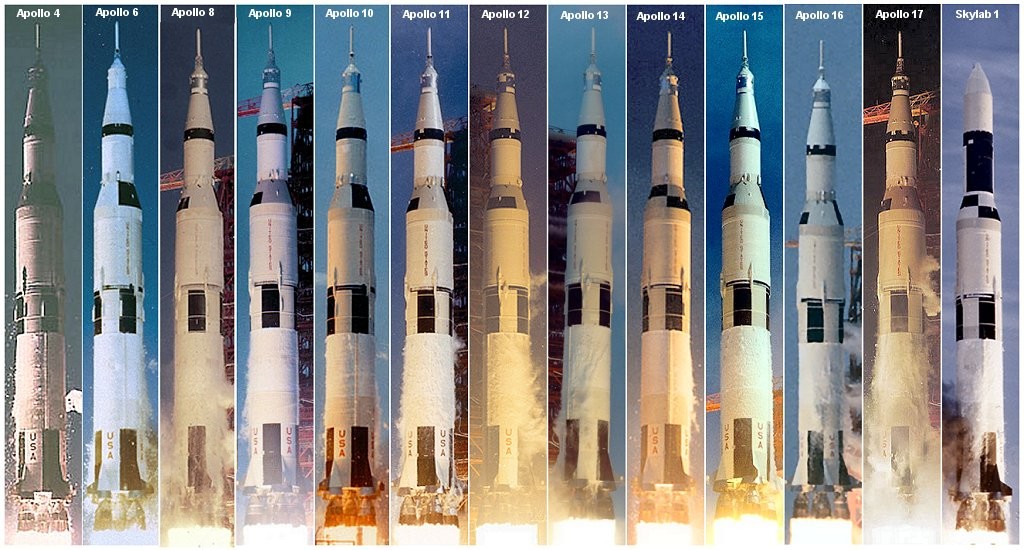 Edit: At the linked question ( What is the vapour/smoke that comes from the rocket boosters?) it is said to be water vapor from cryogenic boosters. However a comment by Phil Perry also says

On the Saturn V, if memory serves, the first stage LOX tank was uninsulated, and accumulated a large load of ice, which started shedding when the engines fired up. The second and third stages' LH2 and LOX tanks were insulated, and experienced little external ice buildup.

In the case of the images, was this from ice buildup or LOX pressure bleedoff?

As the main stage ignites during liftoff, they're mostly shaken off the launcher due to the vibration of the sonic shock (basically just like we intentionally trigger avalanches with a loud noise, usually with explosives, but this time main engine ignition expands surrounding air so fast it produces a sonic boom, emphasized as it reflects off the ground and blast deflectors), producing that mist that you observe. And some still clings onto the launcher and boils-off during ascent due to aerodynamic heating, with most of it usually gone by the time the launch vehicle reaches maximum dynamic pressure (max q), but you can still observe smaller pieces falling off during staging from the interstage space where ice can form due to trapped bled-off propellants (tho some launch vehicles use an open interstage / aft skirt to help purge those bled-off propellants during ascent and prevent their rapid expansion due to aerodynamic heating, e.g. Soyuz).

Note that the Saturn V first stage used RP-1 (essentially a rocket grade kerosene) as fuel and LOX as oxidizer, and other stages used LH2 and LOX. How much and where the launch vehicle is covered by this condensation ice depends on where on the launch vehicle these tanks are placed, temperature at which cryogenic propellants are stored (LH2 is usually much colder than LOX), tank insulation, ullage and interstage volume, even how much time the launch vehicle sat fueled on the launchpad prior to launch, paint, and of course weather.

Part of the mist could also be due to purging of bled off propellants with gaseous nitrogen just prior to ignition, as can be seen in this slow motion video of Saturn V launch, but most of it would be condensation ice falling off cryogenic surfaces (also seen in the video after main engine ignition):

That mist started out as water vapor in the air. The Saturn V used liquid oxygen and (in the upper stages) liquid hydrogen, both of which are really cold. So the water vapor would condense and freeze onto the outside of the oxygen and hydrogen tanks. During launch, the vibration from the engines would break the ice and it would fall off the vehicle.

Not the answer you're looking for? Browse other questions tagged launch apollo-program saturn-v or ask your own question.

40
What is the vapour/smoke that comes from a rocket before launch?
30
What are the droplets/particles falling off rockets at launch?

26
Saturn V Exhaust Plume
16
In the Saturn V launch sequence, what defined COMMIT, and what happened between COMMIT and LIFTOFF?
10
To what extent did Apollo payload mass drive Saturn capability?
7
Saturn launch precautions for clearing tower?
15
Was all the fuel expended in each stage of a Saturn V launch?
6
What sounds did the Apollo astronauts hear during launch
11
Vibration and noise during launch of the Saturn V and Spaceshuttle in comparison?