How many artificial satellites orbit the Moon? [duplicate]

I was just watching a video about a competition to put rovers on the Moon. Near the beginning of the video, it mentioned a handful of the objects that landed there over the decades. Then at about the 5 minute mark, it begins talking about satellites in orbit around the Moon and it made me wonder what's up there.

I found this list on Wikipedia of artificial satellites orbiting the Moon, but based on what the video said, I don't think it's up to date. From what I can tell this list only includes satellites sent by NASA and the Soviet Union, but the video mentioned NASA, ESA, China, India, and Japan.

How many satellites are orbiting the Moon, and what are their names (or other identifiers)?

To the best of my knowledge, there are four active satellites orbiting the Moon. 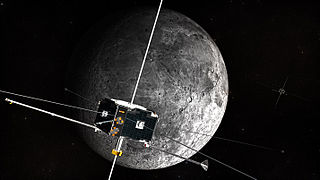 Visualisation of ARTEMIS near the Moon. (Wikimedia)

Not the answer you're looking for? Browse other questions tagged the-moon artificial-satellite or ask your own question.

26
Which artificial satellites in lunar orbit are currently active?